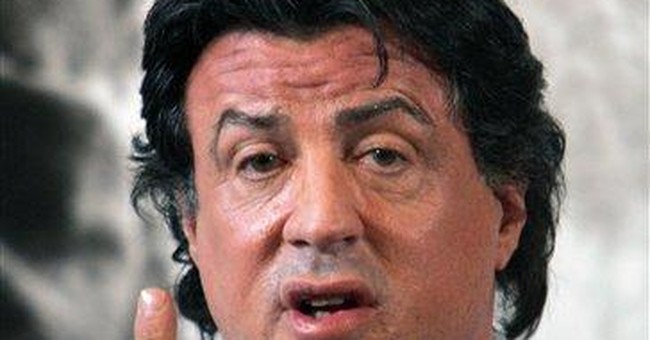 Doug Giles is one of the most funny, entertaining, witty and bright commentators in America today. As a media spokesman for Young America’s Foundation, I am invited to speak on many talk radio and television shows about the uphill battles facing young conservatives in academia. Without question, it is always a privilege to be a guest on Doug’s radio show, ClashRadio.com.

Doug’s questions are engaging, his humor is priceless and his attitude is jocular—all of which facilitate a smooth, informative and captivating interview. But Doug is not just an award-winning talk radio host. He’s a prolific writer and moving orator to boot! Doug’s columns regularly appear on Townhall.com—one of the nation’s premiere conservative websites—and he is a pastor with international reach.

Doug is a man’s man. His tenor resembles John Wayne and Rambo, but his message resembles that of C.S. Lewis. He’s a tough guy, both physically and intellectually. How many of us could describe ourselves as an avid big game hunter and monster shark fisherman in one breath, and in the next breath articulate the pitfalls of postmodernism and secular humanism? Well, Doug can.

As you’ll see, Doug doesn’t pull punches. Doug gives you a good laugh, makes you feel like a wuss when appropriate and gets you on a purpose-bound track. Ten Habits of Decidedly Defective People is a blistering slap in the face to those who squander their talents. Doug assembles time-tested and clear ways to mess up your life and approach loser status.

Here’s where Doug’s hilarity and ingenuity manifests. Walk into a Barnes & Noble, Borders or even your local 7-11 and you’ll have your pick of self-help books. A majority of these self-help books portray an inaccurate blueprint for life, usually tattering along the lines of thinking happy or positive thoughts as a way to self and spiritual actualization. Very little, if anything, is said about the importance of discipline and focus. What makes this book compelling is its contrarian approach to overcoming complacency and perpetual immaturity. Ten Habits of Decidedly Defective People will shame you into changing slothfulness to productivity.

Whether you like it or not, there is a war being waged on traditional values, strong work ethics and individual empowerment. This war is carried out by those who preach, ad nauseam, a message of victimization and dependency. That’s why there is an overabundance of books that promise to bring people fulfillment in life, but never deliver on that promise.

As you read through 10 Habits of Decidedly Defective People, you’ll see that Doug is not one who just yields to this pounding. He’s a fighter. He’s thrown the virtues of endurance, patience and confidence back on the table. Read this book and spread the word. You are in for a real treat.