The Dangerous Linkage of Naïveté and Good Intentions 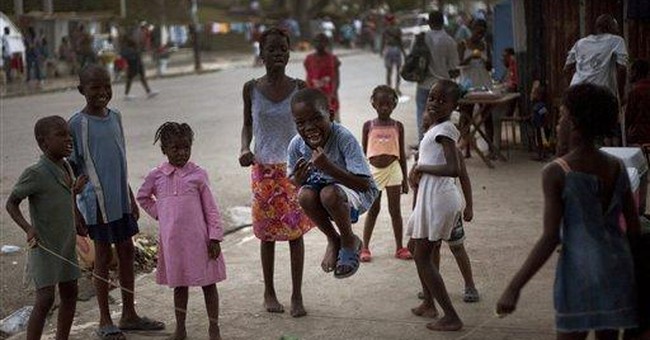 When people see children in danger or being harmed, everybody wants to do something to protect them. Few people question the good intentions of the missionaries who were arrested in Haiti for trying to rescue children supposedly orphaned by the devastating earthquakes that destroyed so much of that country. Many people, however, have commented on their naïveté in rushing in without thoroughly investigating the situation or understanding the laws and ramifications of the rescue operation. That inexperience and lack of sophistication is replicated often when it comes to protecting children. Currently, the Georgia state legislature is considering a bill (S.B. 304) that would decriminalize the prostitution of children. Those supporting the bill are very well-meaning and want to protect children. They want the children who are exploited by adults to be treated as victims, not criminals. They believe that preventing the arrest of a prostituted child, is the best way to keep her safe.

They couldn’t be more wrong. By removing the ability of police to take these children into custody, thus separating them from their pimps, these children are left at the mercy of the pimps, traffickers and johns. How can the police and prosecutors build a case against the pimps and johns when there is no crime on the books? Now, few pimps and johns are arrested; it is difficult to believe this law will help abused children or enable the police and prosecutors to end the demand. How can the child get the help she needs when she is still vulnerable to those who would benefit from her exploitation? When a police officer spots a girl obviously being exploited and he or she cannot take her into custody but instead is required to report the fact and contact others to come get her (through mandatory child abuse reporting mechanisms), what is to keep that young girl from running back to the “security” of her pimp?

The plain, hard fact is that legal means are necessary to help the girls –– get them the services and rehabilitation that they need –– and prosecute the pimps and johns. If the crime were decriminalized, the police officers’ ability to intervene would be limited.

My colleague, Brenda Zurita, examined the 2008 report on arrests for prostitution in the United States. Those under age 18 totaled 172; the number in Georgia was 31. Thus, one-sixth of all the U.S. prostitution arrests for those under age 18 were in Georgia –– indicating a need for law enforcement and concerned citizens to be educated on the issue (a mandate to the Department of Justice in the Trafficking Victims Protection Reauthorization Act of 2005). Georgia should put the focus on educating their law enforcement personnel to recognize victims, learn how to interview them and concentrate on arresting more pimps and johns.

As Tanya Ditty, State Director for Concerned Women for America (CWA) of Georgia, said, “Decriminalization would not serve to help these victims; it would increase their exploitation. Decriminalizing prostitution creates a wonderful situation for pimps and traffickers, ties the hands of the police to arrest them and keep women and children enslaved.”

Numerous victims of commercial sexual exploitation express appreciation for the intervention of law enforcement officers who gave them the opening that they needed to escape this modern day form of slavery. One of the most dramatic accounts is the story of the late Norma Hotaling. I worked with Norma for almost a decade and I continue to be inspired by her survival as an 18-year-old victim of prostitution and her creation of SAGE (Standing Against Global Exploitation), an organization that provides services to women and children trapped in prostitution. Norma once told Laura Lederer, my long-time colleague and Vice President of Global Centurion, that “she owed her life to the laws and law enforcement officers who arrested her for prostitution –– because it forced her into the services that she needed –– chemical detox, food, clothing and shelter, medical assistance, legal assistance, and finally therapy.” Norma became a leader in the international fight against sex trafficking and a champion of those who are sexually exploited. She passed away last year, but her legacy continues.

States need a dual focus in their efforts to help children who are victims of this rapidly-expanding, very lucrative industry. Education is a key component in equipping law enforcement officers, social service organizations and health care providers in recognizing the crime and providing the assistance that is needed. The demand for younger and younger girls is what drives prostitution and trafficking. Decriminalizing prostitution for minors does not reduce demand for commercial sex with minors. In fact, it may increase demand because the pimps and traffickers would have an extra layer of protection between them and law enforcement. Prostituted minors will deny to law enforcement that they are being pimped or trafficked, thus making the pimping of minors more lucrative and lessening the danger of being caught. Keeping the laws in place allows the police to investigate and with proper training recognize the victims involved in order to get them the help and services that they need.

In the case of minors who are being sexually exploited, being well-meaning is not enough. We cannot be naive and seek faux-utopian solutions; we have to take a hard-nosed look at what works and what provides the best protection and opportunity to rescue those held captive by street-smart pimps who know how to work the system.