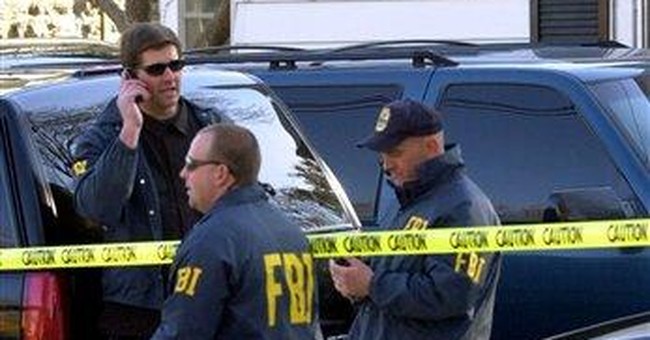 It is symptomatic of the condition of our culture today that the Express, a daily newspaper for commuters published by the Washington Post, can feature a piece in its entertainment section about an indie-rock band known as the New Pornographers without raising any eyebrows. But let someone speak out against pornography and suddenly people get uncomfortable.

In a Massachusetts case, Mr. and Mrs. Robert Curley filed a $200 million civil lawsuit against The North American Man-Boy Love Association (NAMBLA) — an organization devoted to promoting adult-child sex — accusing the organization of a central role in the death of their 10-year-old son, Jeffrey. The Curley’s believe that Charles Jaynes and his accomplice Salvatore Sicari, who were convicted of the murder in 1998 and are serving life sentences for the murder, were driven to the crime by NAMBLA’s literature and website. Even though the American Civil Liberties Union (ACLU) is defending NAMBLA, its funding has not dried up. The ACLU has a history of racing to defend those who openly promote pedophilia at the same time they attack organizations that provide spiritual and moral guidance and protection for children.

At what point should the public’s right to protect vulnerable children from the immoral and reprehensible views of NAMBLA trump the free speech rights of the organization? Ordinary people using their common sense and concern for their children — those not having their minds clouded by faulty thinking — can be forgiven if they conclude that NAMBLA has moved far beyond mere lobbying (in keeping with democratic principles) for changes in the law governing the age of consent and have crossed the line into promoting behavior that endangers vulnerable children.

The facts in the Curley case are bloodcurdling: Their public interest law case claims that after absorbing NAMBLA’s instruction manuals, Jaynes and Sicari were actively looking for sex with a young boy. In October 1997, they lured Jeffrey from the yard of his home into their car. When Jeffrey put up a fight, they choked him to death with a gasoline-soaked rag and took his body across state lines to Jayne’s apartment in New Hampshire. After performing gruesome sex acts with young Jeffrey’s dead body, they stuffed him into a plastic container and filled it with cement before crossing another state line to dispose of the body in Maine’s Great Works River.

Among those who “get” the ramifications for children’s safety is Fox News’ Bill O’Reilly who is outraged that NAMBLA gets away with publishing how-to manuals on how to lure boys into sex and what to do if they get caught. Casually called the “rape and escape” manual, NAMBLA publishes “The Survival Manual: The Man’s Guide to Staying Alive in Man-Boy Sexual Relationships.”

There is precedence for holding NAMBLA legally accountable. Ohio’s Court of Appeals found NAMBLA was complicit in a child-rape case because the defendant had NAMBLA materials indicating “preparation and purpose.”