Images From a High School Reunion 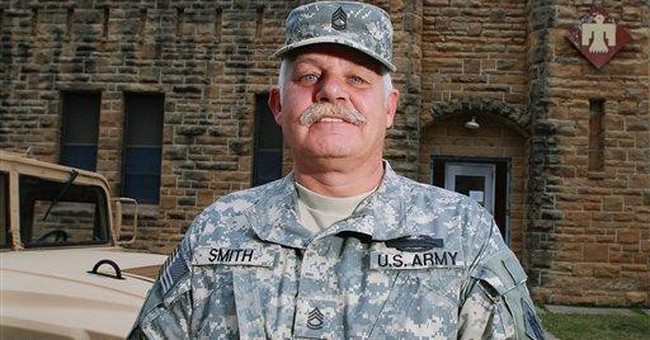 Going back for a high school class reunion sharpened my focus on certain realities. It was a milestone event for me this past weekend in Griffin, Georgia. Driving into town for the first time since my parents moved a year after my graduation was a trip back into what I like to think is authentic America.

Since I had not been able to attend any of the previous reunions, I was afraid I would find the kind of posturing and spinning that goes on at so many D.C. events, populated as it is with more than its share of outsized egos. Instead, I was surprised and very gratified to encounter moist eyes and genuine caring in my friends' hugs and greetings.

It was emotionally moving to experience my former classmates' open, friendly, warm welcome of their long-lost friend who left town and was so late in returning. Amazingly, it felt as though our friendships took up almost exactly where we left off so many years ago.

Our class had 181 graduating seniors, 70 of whom returned for this reunion. The following are a few of the dominant images that distilled in my mind from seeing these many old friends along with pouring over the written and pictorial accounts from the 61 who provided a page for the reunion yearbook.

Marriage is Still a Central Feature of Mainstream America: A clear majority of those attending the reunion were married within five years of graduating from high school and remain married to that original spouse – 42 of us. An additional three married later and are still married to the same person. Ten were divorced and remarried. Three were widowed and remarried and two were widowed or divorced and remain unmarried. Only one has never married. Though several of the women mentioned "being replaced with a younger model," there were no "trophy wives" at the reunion.

High School Teachers can have a "Profound and Continuing Influence:" Several classmates expressed gratitude and appreciation to specific teachers. A couple of classmates wrote that their lives were profoundly influenced by certain teachers. I know mine certainly was by Miss Julia Elliott whose influence pointed me to my career and helped shaped my character. Several classmates cited the quality of their Griffin High School education as a major factor in their later success in life and career. One recounted her college dean's comment that Griffin High graduates were always among the college's academically best prepared students.

Persistence and Dedication Can Trump Education: One of our classmates, the one who possibly had advanced the furthest in his profession, did not have the money for college so he got a job drafting for a mechanical contractor. He worked his way up to project engineer before joining one of the largest international construction companies, where he worked his way up to Corporate Vice President and was responsible for all the mechanical engineering estimating for projects all over the world – including the tallest building in the world, the Patroness Towers in Malaysia.

People from Small Town America Definitely Love to Travel: Numerous classmates specifically mentioned travel as their favorite leisure activity –– 12 of us have extensive experience with international travel and 13 enjoy travel here in the U.S. Others mentioned cruises, camping trips and long-distance trips to visit family and friends.

Patriotism is Still Deeply Ingrained and Integral to Our Identity: The opening prayer by our Senior Class president was beautifully crafted and included prayers for our President and other national leaders as well as prayers for those serving our country in the military. Eleven of our classmates were either in the military or married to a military man. One classmate ended his biography with a request that we pray for America's "political leadership and for the many fine young men and women who serve in our armed forces." He wrote, "They deserve our support."

Faith is Vital for Successfully Handling Life: Reunions always highlight the truth that life is hard. A family business destroyed by an unethical bookkeeper, children suffering and dying, a diagnosis of Multiple Sclerosis (MS), unexpected early death, companies downsizing, injuries ending activity and careers, divorce, abandonment, single parenthood, biopsies revealing malignancies, the death of a loved one to cancer, a child born with Down Syndrome, strokes, heart attacks and fatal accidents, parents requiring care –– only the grace of God enables us to thrive despite the "curve balls" that life throws at us. Numerous classmates mentioned the sustaining power of their faith and the support that comes from their involvement in a church community.

Ultimately, Family is Most Important: Our classmates were proud of their accomplishments. Several had college football scholarships and three lettered at major universities –– the University of Georgia, the U.S. Naval Academy and Georgia Tech. Several were Marine pilots and commercial airline pilots, several are multi-year church organists, one is President of the American Optometric Association, several are college or association board members, attorneys, CPAs, chiropractors, teachers, real estate brokers, nurses, doctors and artists. Among them were numerous small business owners, a band owner, a fund-raiser, , an architect, a banker, a dentist and others. In the end, though, everyone mentioned the importance of their family and wanted to share pictures of their loved ones.

These are the people who take in foster kids that nobody else will take, who spend weekends helping clean up after Hurricane Katrina, who take in a grandchild who needs special care, who assist with anything electronic, who are involved in MS or Parkinson's Support Groups, who serve on boards and earn "distinguished alumnus" awards, who raise money for charitable organizations, whose suggestions improve Social Security handling and processing, who travel to the poorest coal mining villages to bring supplies and medical care, who coach Little League, and who teach migrants safe driving lessons.

Before boarding our plane to return home, my husband and I had lunch at the Atlanta airport. Suddenly, applause broke out and dozens of people began to stand and clap. I was puzzled for a moment until I looked over to see a parade of fatigue-clad soldiers marching through the rotunda adjacent to the food court, heading out for deployment to Iraq. I was deeply moved as I watched their departure . . . with all of its uncertainty and peril. The moment struck home all the more poignantly since many of the men were accompanied by wives and children from whom they were being whisked away by the currents of war. Harder still, in some ways, was the sight of some of the women accompanied by a husband and children. As group after group passed by, we all stood and applauded until the very last of these fine young Americans had passed by.

This is how mainstream Americans feel about our soldiers who are sacrificing so much for their country and our freedom.

My happy emotional reunion imprinted anew on my heart a picture of the wonderful people who are the strength of America. These are people who internalize the commandment of Christ that we "love our neighbor as ourselves." Doubtless it's true that you can't go home again, but being with my former classmates renewed for me the reality that many of the most meaningful aspects of life stem from being with the people that we call friends.