Who wants to be a celebrity? 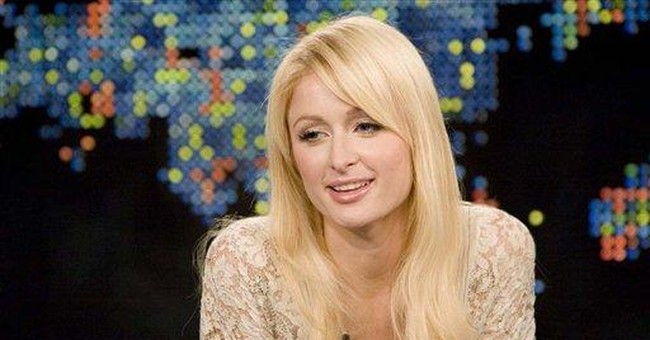 The internet today is filled with another set of pictures of Britney Spears being foolish. Here is a young woman with “star” quality that makes her stand out from thousands of other would-be, just-as-talented singers. That star quality, though, hasn’t made her life what she obviously hoped it would be. There is desperation these days in her pandering to the paparazzi.

Those of us who lead ordinary lives sometimes think that life would be better without the burden of commonplace duties and responsibilities –– all the often-dreary things that tie us down and wear us out. All it takes, though, is a quick look at the gorgeous people –– women like Elizabeth Hurley, Demi Moore, Jennifer Lopez, Paris Hilton and hunks like George Clooney, Patrick Dempsey, Ashton Kutcher, Johnny Depp –– to realize that their lives are not so wonderful and carefree after all.

Why not? Why shouldn’t these people –– who have the physical beauty, fortune and fame that make them the envy of so many others ––have lives that are happy and carefree? Why isn’t their life a proverbial bed of roses? For one thing, a life staged for the cameras takes its toll. A self-centered life, all the time and effort that it takes to be camera-ready at all times, and the consuming need to be in the media spotlight doesn’t lend itself to developing stable relationships, to say nothing of the qualities that it takes to build a strong marriage and family. Certainly celebrity lives involve a lot of surface glitz and glamour but when all a person’s attention is concentrated on “me” there is little of interest beyond their external appearance. Thus, the longing for a soul mate remains unfulfilled because they don’t know how to give to another person.

Then, there is the matter that the repeated breakups of relationships takes its toll. Drawing on biographies, known facts, and using our imaginations a little, we can construct a picture of what at least a part of their lives are like. And from this picture we ask: which is better, more significant, more meaningful? A beautiful, charming, self-absorbed woman who is wrapped up in the concerns of the right hairdo and the right shade of lipstick to go with the right dress and shoes for the party where she has to be seen and photographed from the right angle and in the right light to look good on the cover of the right tabloid magazine in the check-out lanes of the super market . . . or the mother working fanatically to get the bathrooms cleaned and the house half-way straight before the baby sitter comes for their night out that consists of helping her husband make a good impression on a potential client he needs to land to be able to pay the bills.

Now a horse frisking in the pasture on a fine spring day is a delight to the eye but until that horse is harnessed and hitched to a load, the value of his strength and energy is not fully realized. Our work and responsibilities, far from being the bottomless pit of drudgery and futility that they often seem, are in fact the harness by which our energies and abilities are applied to pulling a load and accomplishing something – something which may seem small, even incidental, but which is, nevertheless, of real meaning and importance to those who depend upon us. And there is also the “small” matter of the truth behind the old saying that “idle hands are the Devil’s workshop.”

Being carefree and accomplishing something significant are usually mutually exclusive.

Those of us with modest means delude ourselves if we look at those with great material resources and think they live a carefree life because, unlike us, after a day on the job they are not burdened with the mundane matters of fixing meals, washing clothes, scrubbing floors, raking leaves, and desparately trying to find a way to balance the checkbook.

When real burdens are not forced on us by necessity, people invent artificial, imaginary ones. Witness the enormous energy human beings pour into competitions of every imaginable type, into our hobbies, into the demands related to planning, holding, and attending social gatherings. The list goes on and on. It has been said that nothing is certain but death and taxes and this may be true. But for most of us, it is also true that work and worry expand to fill whatever time is available.

If our national celebrities are any indication, when people don’t have work and worry, they manufacture all sorts of mischief as a substitute. This is just as true, if not more so, of those special people with star quality and riches as it is with the most ordinary of us.

Someone has rightly said, “The poor are better off than the rich. The poor have the illusion that they would be happier if they had more money. The rich know better.”

Grenell Has a Theory About Who's Running a 'Shadow Presidency' in the Biden Administration
Townhall
Twitter explains why Colin Kaepernick, 'one of the greatest quarterbacks of our generation,' is trending
Twitchy
Trump Makes New Move That's the Ultimate Troll, and Liberals Are Already Melting Down
Redstate
If You Thought the First Impeachment Was a Circus, Just Wait for Impeachment 2.0
PJ Media