Kids and marriage no longer inseparable 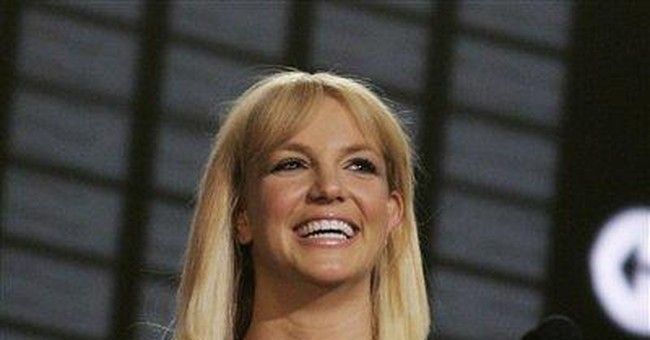 In a culture where everybody talks about doing what is best for kids, more and more people are separating marriage from childbearing and childrearing. A just-released Pew survey of over 2,000 adults indicates what the Washington Post calls a “widening gap between parenthood and marriage.” While parents are crazy about their kids, they no longer view them as a reason for marriage. In fact, out of the nine factors being measured by Pew as essential to success in marriage, children came in next to last. A mere 41 percent of those responding to the Pew survey said that children are important to a good marriage. In contrast, in 1990 fully 65 percent of respondents claimed that children are part of a good marriage.

In other words, marriage today is all about the adults’ preferences; it is all about “me.” If couples get married at all, the “until death do us part” aspect is disappearing; many couples get together or stay together only when they see some personal benefit in the togetherness. The end result is that nearly 60 percent of children in the U.S. live in single-parent families whose poverty rate is 4-5 times higher than married couple families. Indeed, cohabitation has increased 10-fold since 1970 with more than 5 million couples today living together without marriage and with 37 percent of American children currently born out-of-wedlock.

Ironically, these new developments come at a time when the experts agree that marriage is not just good for children’s wellbeing; it is best for children in every way. An Urban Institute study in 1999 revealed that children in married-mom-and-dad homes fare better than those in any other household arrangement when it comes to a child’s well-being –– including rate of poverty and behavioral standards.

The old song rhapsodized, “love and marriage… go together like a horse and carriage…you can’t have one without the other.” Likewise, for the vast majority of couples in the past, marriage came before children, and children were an integral part of marriage. Couples sang: “we could raise a family, a boy for you and a girl for me.” Today, though, the Pew study revealed that by a 3-to-1 ratio, adults viewed marriage in terms of their own “happiness and fulfillment” instead of including the “bearing and raising children.” Though these attitudes prevail, not everyone is happy about the changing views on marriage and family. More than 65 percent of adults think that single motherhood is bad for children and society, and nearly 60 percent disapprove of unmarried cohabiting couples. Nearly 70 percent agree that a child needs a mother-and-father family for his well-being and to produce the best outcomes.

While marriage and family remain an ideal for raising children, the Pew survey reveals a generation gap that should cause concern for those who care about children. Younger adults are less worried about out-of-wedlock births and cohabitation than are older adults. Further, Pew reports, those young adults live out their lack of concern “at rates unprecedented in U.S. history.” Women over 25 are currently driving the nearly 40 percent of out-of-wedlock births and nearly half (47 percent) of women in that age bracket have been in a cohabiting relationship.

The ramifications of these trends are disastrous for women. In the 1970s about 60 percent of cohabiting couples married within three years. By the 1990s, it was less than 40 percent. The average length of cohabiting relationships is only 18 months and cohabiting couples who marry are 50 percent more likely to get divorced. Sadly, sexually transmitted diseases are 6 times higher among cohabiting women than married women and having three or more sexual partners in a lifetime increases the odds of cervical cancer by 15 times. Women are 62 times more likely to be assaulted by a live-in boyfriend than by a husband.

The trends can be equally disastrous for children. The absence of a father in the home has dramatic and serious impact on both boys and girls. Boys without fathers in the home are 300 times more likely to get into trouble with the law. Girls without a father in the home are five times more likely to become promiscuous. The Urban Institute has detailed many of the negative outcomes that are risks in mother-only households. These are serious outcomes that need to be acknowledged by young adults.

We caught a brief glimpse of how these trends played out in one young woman’s life last weekend at a restaurant. Our waitress was an almost-surly teen who at first appeared to have a speech impediment, which turned out to be simply the challenge of trying to talk with a large metal stud in her tongue. Toward the end of the meal, after establishing rapport, I asked her why she had the stud. She replied, surprisingly with a smile, that she got it when she was 15 to make a statement to the effect that she was a “semi-bad” girl –– I didn’t press for an explanation of what constituted semi-bad. I didn’t have the heart to hear about it.

When I asked what her mother had to say about the stud, her reply was, “Oh, she’s cool with it.” And her dad? He’s “irrelevant.” But then, curiously, she interjected rather fiercely, “Oh, he is around.” Clearly she wanted it understood that, even though her parents were divorced, she did indeed have a father and that they did make contact from time to time. But then as she amplified the details a bit, it became clear that for the most part the contact –– when it occurred –– was because she initiated it. “I call him sometimes,” but, “he doesn’t matter, my mom is the one that counts.”

She is not a statistic; she is a lovely young woman who, sadly, can be described as emotionally malnourished. It is written all over her, especially in the ways that she interacts with others. She is a living example of how our personhood is formed in our earliest childhood by those with whom we are connected . . . or not. Life can’t be perfect, but life’s hurts shouldn’t start where love ought to begin.