Teen Suicide: A Matter of “Sexual Orientation” or Sex Abuse? 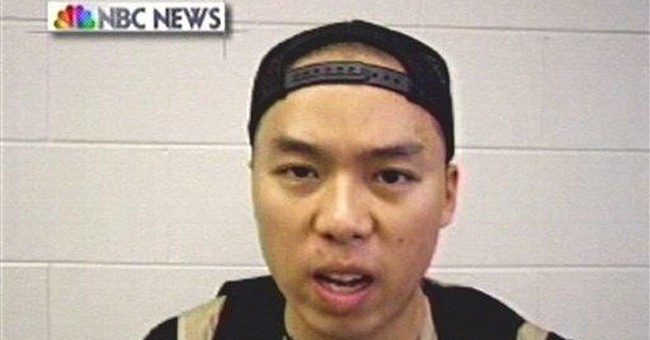 Some activists claim that issues of confused sexual identity are driving the documented increase in teen suicide attempts. The latest issue of a publication from the Journal of the American Medical Association, Archives of Pediatrics & Adolescent Medicine (APAM), June 4, 2007 begs to differ.

Research from Columbia University Medical Center, published in APAM, cites different reasons for girls’ and boys’ suicides. The researchers collected data from over 8,000 students in New York City high schools in 2005. For females, recent dating violence is a primary cause of attempted suicide. For teen males, a lifetime history of sexual assault is associated with suicide attempts. Dr. Elyse Olshen, lead researcher for the study, reported that girls who have been physically abused by a boyfriend are 60 percent more likely to attempt suicide than those who have not. For boys, sexual abuse over an extended period of time is more likely to be the determining factor for male teen suicide.

Both the Centers for Disease Control (CDC) and the National Mental Health Association (NMHA) point out that suicide rates for teens have tripled since 1960 –– making it the third leading cause of adolescent death and the second cause among college students.

The activist groups, not letting facts stand in their way, continue to claim, based on a flawed 1989 study that has been totally discredited, that 30 percent of all teens who attempt suicide are homosexuals. Instead, teen suicide reports from the major psychological and pediatric associations either do not even mention sexual identity or mention it near the bottom of a long list of other risk factors associated with teen suicide. Other teen suicide factors – family breakup through divorce, alcohol or drug abuse, and family dysfunction – are mentioned in all the major health organization publications as the main factors in teen suicide.

The American Psychiatric Association (APA) identified the strong risk factors for teen suicide as: depression, alcohol or drug abuse and aggressive, disruptive behaviors. They also mentioned family loss and instability and unplanned pregnancy. Suicidal teens, they reported, feel alone, hopeless and rejected and are especially vulnerable when they have experienced a loss, humiliation or trauma, such as poor grade, breakup with boyfriend or girlfriend, argument with parents, parental discord, separation or divorce. The APA declared that 53 percent of young people who commit suicide are substance abusers.

The National Mental Health Association (NMHA) identifies feelings of anger and resentment and the inability to see beyond a temporary situation as the main factors in teen suicide attempts. KidsHealth quotes Dr. David Sheslow, a pediatric psychologist, who identifies drugs and alcohol as leading causes of suicide in teens. Further, KidsHealth reports, “A teen with an adequate support network of friends, family, religious affiliations, peer groups or extracurricular activities may have an outlet to deal with his everyday frustrations. A teen without an adequate support network may feel disconnected and isolated from his family and peer groups. It’s these teens who are at increased risk for suicide.” Other problems identified by KidsHealth are: divorce, alcoholism of a family member, domestic violence, physical and sexual abuse, repeated failures at school, substance abuse, self-destructive behavior.

The American Academy of Child and Adolescent Psychiatry (AACAP) publishes a fact sheet about teen suicide. Causes they list? Stress, confusion, self-doubt, pressure to succeed, financial uncertainty, fears about growing up, divorce, formation of a new family with step-parents and step-siblings, moving to a new community. They clearly identify suicide feelings as a “mental disorder.” They do not mention sexual identity struggles.

The American Academy of Pediatrics (AAP), in their publication about preventing teen suicide, identifies the “long term impact of child abuse” as the leading cause of attempted suicides among women. They emphasize the greater pressures of modern life, competition for grades and college admissions as well as increased violence in the media as contributing factors. They also cite the lack of parental involvement because of divorce, parents’ work schedule and limited family life. One study reported that 90% of suicidal teenagers believed that their family does not understand them.

Viewing teen suicide through the distorted lens of the homosexual activists puts large numbers of teens at risk. Those who insist that the problem of teen suicide is primarily among teens who struggle over their sexual identity overlook the vast majority of potential teen suicide victims –– those who have other emotional or psychological issues, those who abuse drugs and other substances, and especially those who have suffered sexual violence and abuse. The problems of emotionally and physically battered teens must be faced and their minds and bodies healed; otherwise, the rate of teen suicides will continue to rise.

In the tragedy of teen suicide, when a political and ideological agenda takes precedence over truth, teen lives are lost.