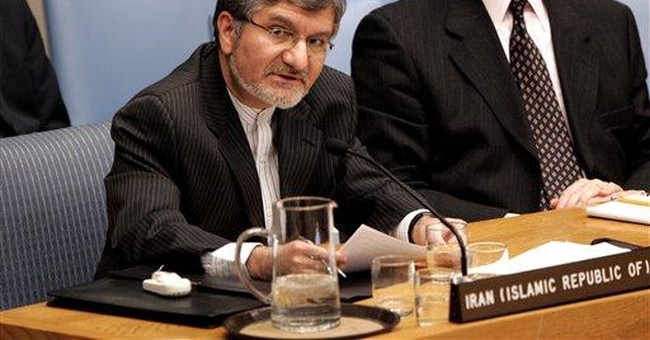 Of course, important resolutions are being drafted at the 51st CSW. The negotiations occurred behind closed doors during the first week with lobbyists sending language revisions and talking with delegates as they came and went. These negotiating sessions laid the groundwork for the debates that will occur this week. The negotiations of the first week and the debates of the second week are the serious business of the CSW, and they have a major impact around the world.

Having been involved in these negotiation and debate sessions in several capacities, I can tell you that any interference or invasion by conservatives brings out hostile reactions and bullying behavior. Any discussion of “fixing” the U.N. has to begin by recognizing that the left views the U.N. as their exclusive club; their playground, if you will.

As an official U.S. delegate to the United Nations twice, I have personal experience with the dynamics of interactions and responses when conservatives invade that playground. It begins with ridiculous roadblocks in getting badges to enter the building and goes all the way through to final negotiating sessions that turn vicious and vindictive when things aren’t working out as the radical left planned. The conservatives then get blamed for not being willing to compromise, thus endangering consensus.

As a Non-Governmental Organization (NGO) representative for nearly a decade, I’ve seen the petty games that the left plays to elbow the conservatives aside. I’ve even seen hard-nosed efforts to get conservative groups kicked out of the U.N. Plus, I’ve seen the underhanded ways that marginal leftist groups get easily voted to NGO status and quickly moved into influential positions. In contrast, it took Concerned Women for America nearly three years to acquire its NGO status.

In spite of all that, I still think the U.N. is worth fixing.

Everybody knows the work of the U.N.’s General Assembly and the Security Council. Everybody knows about the U.N.’s so-called “peacekeeping” role, the scandals and the misbehavior, if not criminal activity, of U.N. personnel around the world. Not everybody, though, knows that the U.N. also has commissions and sessions that produce so-called “treaties” and “agreed-upon resolutions” on a wide range of topics — children’s rights, the rights of persons with disabilities, gender and women’s rights, etc. Regardless of the specific topic, these sessions inevitably boil down to efforts to establish universal abortion-on-demand under the guise of reproductive health services for women. Also, U.N. treaties inevitably have councils of accountability to assess how member-states are conforming to the treaty’s specific dictates — which, in effect, allows the U.N. to take precedence over an individual country’s national sovereignty.

Conservatives working at these conferences have successfully blocked the worst of the leftist agenda. Perhaps more importantly, conservatives expose all the ways that the U.N.’s committees of accountability abuse their role and bully nations into conformity with that leftist agenda.

Here are three top reasons why I believe we must “fix” the United Nations:

1. As the last remaining world super-power, the United States has a responsibility to be a beacon of hope to the rest of the world for human rights and religious freedom — to make life, liberty and the pursuit of happiness a reality for all the peoples of the world. The U.N.’s anti-American and leftist rhetoric and stances must be countered by pro-democracy and pro-freedom advocates.

2. The United States has a responsibility to stand with those developing nations that do not want U.N. treaties used as a means to usurp their national sovereignty. Conservatives are making inroads at the U.N. by partnering with other pro-life and pro-family groups to block left-wing domination of the accountability bodies and to expose their worst offenses.

3. The United Nations is one place where high-level representatives from member nations have an opportunity to hear unfiltered U.S. views and meet with conservative lobbyists who represent their viewpoints; it gives likeminded delegates and representatives hope and strengthens their resolve.

Conservatives at these international conferences reveal a side of America that the mainstream media never communicates to the rest of the world. Delegates and NGO representatives to the U.N. from other nations will never know and understand America unless they meet conservative counterparts.

I will never forget an African delegate coming up to me after I gave a speech at a side event at the U.N. two years ago. She was very emotional and had a hard time getting the words out –– basically, she couldn’t believe that there were Americans who held conservative views, and she was deeply moved to find a kindred spirit like me at the United Nations.

At an international event in Mexico, a man came up to me after my speech to over 4,000 Mexican government leaders and community social workers to express deep appreciation for the conservative speech I had just given. He said that as a former U.N. delegate, he had never in his wildest dreams thought that he would ever hear an American express the values and hold the views that I expressed in my speech. Two women who were with him stood with tears in their eyes as they shook their heads in agreement with his remarks.

In Kuala Lumpur and in Geneva, I’ve heard similar responses.

The United Nations is worth fixing because there are thousands of people around the world who need to know that they are not alone. At a minimum, the U.N. provides a platform where their views can be affirmed and reinforced.

I know that many of you are saying, “Those efforts are a drop in the bucket compared to the whole impact of the U.N.” Others are saying that those results are a mighty poor return on investment when put up against the total budget of the U.N. Others are pointing out that I’ve talked about a few good things happening at the U.N. and are wondering if those things make the U.N. worth saving,

I am fully confident that had a person like John Bolton been named Secretary-General of the United Nations reform would succeed. Leadership is key. If the U.N. had leaders with John Bolton’s values and courage, it could be cleaned up and become a forum where the types of experiences I have recounted could be replicated in the U.N.’s General Assembly, the Security Council and in the U.N.’s missions and agencies around the world.