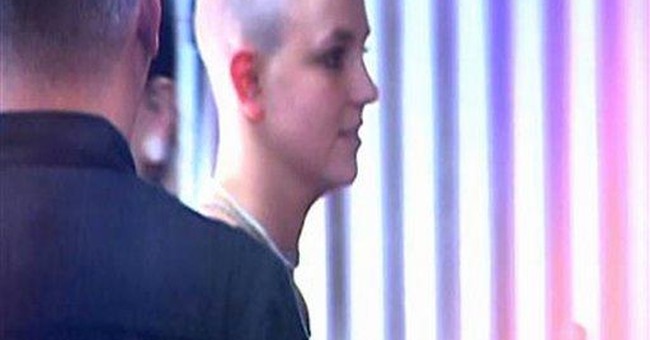 In many third world nations, approximately 60 percent of the girls are not in school, and others suffer health problems, violence, malnutrition and discrimination. The Beijing Platform for Action (paragraph 259) delineates areas where the “girl child” typically faces discrimination, including the common preference for male children, early marriage, sexual exploitation, violence and practices such as female genital mutilation. According to the United Nations (U.N.), these problems stem from “harmful attitudes and practices.” The United Nations’ Millennium Report declared, “Shortchanging girls is not only a matter of gender discrimination; it is bad economics and bad social policy.”

It’s easy for us to mourn the “harmful attitudes and practices” of those nations that shortchange their girls. We agree that it is “bad economics and bad social policy.” Yet, after the United Nations (U.N.) delineates eight strong recommendations for helping the girl child, including strengthening the role of the family, the U.N.’s summation of the problems facing the girl child is that they “receive inadequate information, guidance and services to help them to go safely through adolescence to adulthood ... especially regarding their reproductive and sexual health.”

Generally, American girls are spared the worst problems facing girls in third world nations. In the United States, education is free; clean water, sanitation and health care are available (though not always easily accessed); and opportunities abound for those girls that are talented and determined. In the U.S., too, there are plenty of resources in churches and communities to help girls navigate successfully through adolescence to adulthood.

But when it comes to “harmful attitudes and practices,” our culture can certainly hold its own –– especially regarding the nation’s sexualized pop culture. The dangers to girls from the worst of American culture can be just as destructive as the cultural practices that are recognized around the world as harmful to girls and women.

The effects of our cultural destruction can be illustrated by Britney Spears, America’s troubled girl child. Though an adult, Britney’s problems began in her childhood and only worsened as she moved through adolescence into adulthood. A wholesome child actress from the Mickey Mouse Club series, Britney became a multi-millionaire and super-sexualized celebrity performer. She is a Grammy Award-winning performer who, according to Time magazine, has sold over seventy-six million records worldwide. She is the eighth best-selling female recording artist in American music history.

Some would argue that Britney is the poster girl for “empowerment” because she took charge of her sexuality, as the feminists challenged her generation to do. Yet, clearly her life is out of control. G.K. Chesterton and C.S. Lewis warned over a century ago that lives loosed from sexual ethics were doomed to self-destruct. Made vulnerable by frivolous values and no visible anchor to the real world, Britney, indeed, was sucked under by the seduction of fame, materialism, drugs and a hyper-sexualized culture –– which she took to its limits in her performances and lifestyle.

Britney’s $100 million career was built on successively more provocative song lyrics and costumes –– while still a young teenager. Once called “the most powerful celebrity in the world” by Forbes magazine, Britney began exhibiting increasingly more bizarre behavior –– a televised locked-lips kiss with Madonna, a fifty-five hour Vegas “marriage” with a childhood friend, a TV reality series about her marriage with Kevin Federline, and a nude photo of her pregnant for Harper’s Bazaar magazine.

Kevin was already the father of a toddler and a mere months-old baby by actress Shar Jackson, when he and Britney married and then proceeded to have their own two back-to-back children. During her soap opera lifestyle, she was photographed partying without underwear and engaging in neglectful –– even dangerous –– parenting behavior, she entered and dropped out of a drug and alcohol rehabilitation program, shaved her head, added to her collection of tattoos and attacked her estranged husband’s car with an umbrella. Obviously, she needs help.

Clearly, too, those girls from every country around the world who want to emulate Britney also need help. They aren’t likely to get it from the current talks at the U.N. Their parents would be much wiser to listen to the American Psychological Association which recently warned that sexualizing girls was harmful to their health and well-being.

This week and next, the U.N. delegates will be talking about helping to empower the girl child. The focus will be on the “negative effects of early marriage and childbirth” and the “lack of reproductive and health services.” We’ll be addressing ways to “empower adolescents” and how to “socialize gender issues.” There will be passionate arguments for the “equal participation of women in the social, cultural, economic and political life of societies.” While many of the problems are legitimate and need to be addressed, there will be no recognition of, or discussion about, the real-life negative effects of popular culture and sexual promiscuity on the girl child.

Britney illustrates what happens when we fail to address the “harmful attitudes and practices” of popular culture. Statistics, too, add to the illustration –– now, thirty-seven percent of America’s children are born out-of-wedlock; every year there are 15 million new cases of sexually transmitted diseases (mostly incurable, the vast majority affect young women college aged and younger).

George Weigel, in First Things, wrote: “History is driven, over the long haul, by culture –– by what men and women honor, cherish, and worship; by what societies deem to be true and good, and by the expressions they give to those convictions.” If our view of empowering the girl child is not anchored in solid values, strong families and good education, we will shortchange our girls, even though they have all the other advantages of modern life.

Here's What's At Stake If Smith and Wesson Loses Its Case Against New Jersey
Townhall
'Our freedoms do NOT belong to you': Hillary Clinton just absolutely REKT for sending completely tone-deaf tweet on vaccinations and LOL
Twitchy
Supreme Court Accepts a Mississippi Abortion Case That Seems Likely to Overturn Planned Parenthood vs. Casey
Redstate
The COVID-19 Test No One Is Talking About: Make Sure Your Children Have It Before They Are Vaccinated
PJ Media