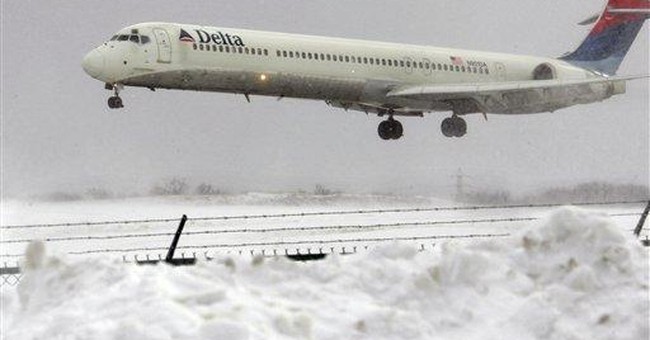 “If even lifeless instruments, such as the flute or the harp, do not give distinct notes, how will anyone know what is played? For if the trumpet give an uncertain sound, who shall prepare himself to the battle?” I Corinthians 14: 7-8

It was a long, quick trip this weekend to the west coast and across the border to Mexicali where I addressed a family conference three times in as many days. After a busy week and the long flight getting there, I wasn’t surprised to misspeak during the third speech. Instead of the word patriarchy (referring to social system in which the father is the head of the family and men have authority over women and children) coming out of my mouth, I said, patrimony which refers to an estate inherited from one's father. Both terms stem from the Latin root pater for father, but have considerably different meanings. My accidentally imprecise language was corrected by the PowerPoint slide as well as by the interpreter. Such was not the case recently when Lisa Robertson, a Qantas stewardess described her tryst in a cramped airplane lavatory with a famous movie star, Ralph Fiennes, as “making love.”

In the sexual arena, the number of ways of referring to sexual behavior are too numerous to catalogue. Some are too crude to bring up in polite company while others are vague and lyrically poetic. Often a term which is wonderfully appropriate when applied to one situation is stripped of its true meaning when applied inappropriately. Exhibit A would be the frequent false usage of the expression “make love.” I can’t think of a more egregious example of this than the stewardess admitting that she and the academy-award nominated actor, a man she had never met before, engaged in sexual intercourse in the first-class toilet at 35,000 feet. She is quoted as saying, “It’s true. We did make love on the plane that night. At first I denied it because I was so desperate to keep my job . . .”

The true character of their tawdry, pathetic affair was made clear further in her account when she described her subsequent stay overnight in his hotel room as ending at 7 a.m. the next morning with him saying, “I’m going to have to kick you out now.” And then, she quotes him as saying in a sincere, gentle voice (being the consummate actor that he is), “I really like you.”

Is this what passes for “making love” with post-modern women?

Such delusion may comfort the stewardess, but that doesn’t make it true. It may be as she claims that “we were both fantastically attracted to each other.” But mere physical attraction doesn’t warrant her conclusion that “I am sure he cared about me.” Whoa. Cared about her? Lusted for her is more like it.

In the end when he refused to cooperate in fabricating a story that might have helped her keep her job she said, “I am upset by his betrayal.”

Words like naked, vulnerable, exposed, intimate, personal, private, personhood and human dignity are all terms we understand and might find useful in teaching a child about sexual behavior, even if it would be hard for us to give the child clear explicit definitions of some them. With several of them, we would likely resort to giving definition by pointing to an example as in when we point to the sky on a clear day and say to a child: “The sky is blue.” It’s hard to imagine, however, anyone using the encounter between the actor and stewardess at 35,000 feet as a good example of “making love.”

Using euphemisms (substituting a mild, indirect, or vague term for one considered harsh, blunt, or offensive) to describe sexual intercourse is not new. The ancient scriptures frequently use the verb “to know” in lieu of something more explicit to recount the occurrence of sexual relations. But this euphemism, though somewhat vague, is nevertheless laden with meaning. It points to the fact that sexual intercourse is a means to an extremely intimate private knowledge of our personhood. In intercourse, the raw unadorned animal side of our humanity is exposed whether little or all clothing is removed. Logically we know that the sexual part of our nature is universal; but each individual’s personhood is unique and at some level intensely private. Hence, we find that being revealed to another individual through intimate sexual contact is one of life’s moments of greatest vulnerability. We couldn’t feel more exposed if we stood before an audience of thousands naked, having forgotten to don our costume and not knowing our lines.

When the cloak of our rationality is pushed aside and our intellect no longer provides a covering, it is then most important that both partners be clothed in love and the certainty of a permanent commitment to each other: In a word, married. Then the couple can progress to a state of being totally liberated from their inhibitions and the innate fear we all have of being exposed: to wit, of being known. What would under other circumstances be rape (a despicable violation of personhood), is now a physical expression of the union of two hearts in tender devotion and passionate desire.

This union is the only experience that genuinely warrants the term “making love.” Anything short of this, no matter how it is spoken of, is a counterfeit, fake experience of intimacy.