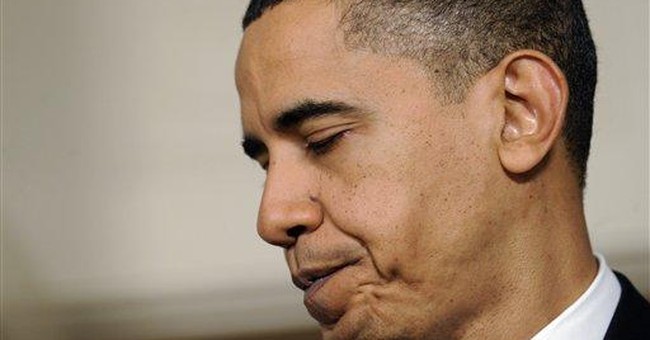 If saner minds rule the day, the “Flying Dutchman” will replace Janet Napolitano as Secretary of Homeland Security.

Jasper Schuring, a vigilant passenger on Northwest Flight 253, is the only part of our airline security “system” that “worked,” contrary to Napolitano.

Schuringa saw the glow of fire in row 19, and assumed someone was trying to blow up the plane. “I just jumped over all of the seats” and “jumped to the suspect,” he told CNN. According to The Washington Post:

Jasper Schuringa, an Amsterdam resident, lunged toward the fire in Row 19, jumping from one side of the plane to the other and over several other passengers. He burned his fingers as he grabbed a piece of melting plastic held by Umar Farouk Abdulmutallab, the Nigerian man accused Saturday of trying to bring down the passenger jet with a homemade explosive device.

It’s highly doubtful that Napolitano or the President would have jumped as quickly to Schuringa’s conclusion about Abdulmutallab since he’s not a returning war vet, a cop, or employed by Fox News.

Napolitano wrongly profiled our returning military veterans as potential right-wing “terrorists,” but she and Obama are opposed to profiling actual terrorists. She was wrong again when she told us “the system worked.” But as before, she claims she was “taken out of context.” The President expressed his confidence in her after admitting that the system failed.

Obama is right—“human and systemic failures” allowed the massacre of our military at Ft. Hood and the latest terror attack inside the United States.

A naïve electorate fell for Obama’s fraudulent promises of “hope and change” facilitated by his media sycophants: Obama was the most brilliant politician of the century.

The fundamental question ignored was: In what way was this “brilliant politician” committed to “fundamentally transforming the United States of America”?

How can brilliance be reconciled with so many senseless “mistakes”? To name a few:

promoted sexually explicit and inappropriate books to 7th graders, and is a fan of a notorious pedophile.

Is it incompetence, or are these the calculated decisions of a “brilliant” politician who wants to fundamentally transform the United States into his socialist image with the help of “brilliant” political appointees who share his beliefs? Is merely well-intentioned bumbling behind the increasing government control of our lives, destruction of our economy, emasculation of our national security, and redistribution of our wealth?

Each time Obama or one of his political appointees commits a colossal blunder, Obama’s political spinomatics drag out their George W. Bush punching bags, while puzzled critics dismiss the formerly “brilliant” blunderers as being in over their heads. Are they inept or conniving? Either is intolerable.

After allowing another Muslim terrorist to breach airline security, the administration is imposing new “security” regulations that treat innocent travelers like terrorists instead of treating terrorists as unlawful enemy combatants.

Obama should have instructed the FBI to take Abdulmutallab to Guantanamo Bay for questioning and confinement instead of a federal lock-up in Detroit where he’s enjoying his “right to remain silent.”

Presidents from Washington to Roosevelt knew the difference between common criminals and war criminals. Presidents dealt with them accordingly, either by lock-up in a military brigade until the war ended, or execution upon conviction by a military tribunal.

If Napolitano and Obama are serious about finding and fixing “the vulnerabilities in our systems that allowed this breach to happen,” they should repent of their policies that are fundamentally changing the United States to our detriment. Better yet, lead the way by resigning.

It’s the best way to correct fraud in the inducement of a presidential election.

FiveThirtyEight: Herschel Walker's Abortion Fiasco Isn't a Scandal
Townhall
Did the AP think they wouldn't get caught red-handed trying to push blatantly false narrative about Ron DeSantis' leadership?
Twitchy
The Democrats May Have Pushed Oregon (of All Places) to the Republicans
Redstate
Here's What Happened When a Concerned Mom Dressed Like Drag Queen at a School Board Meeting
PJ Media