When Congress had a conscience 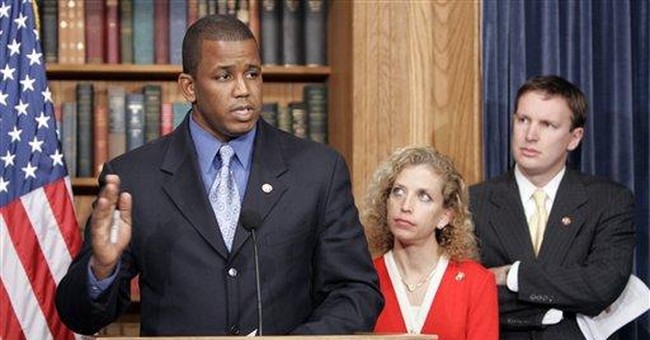 Congressional cowards ply our troops with insulting platitudes, while undermining their congressionally-mandated mission.

If the Civil War Congress had been the moral equivalent of today’s Congress, I would expect to find a circa 1862 “War Resolution” debate in the Congressional Record titled, “Frankly My Dear Union Troops, We Don’t Give a Damn.” It assumes there were members of Congress honest enough to say what they meant.

Personally, I think Congress is a massive failure, but make no mistake, I support all those heroic members who are wasting their lives pursuing failed policies. The public educational system obviously failed them. Thus, they’re stuck in Congress because they’re too dumb to get a real job.

Where’s their exit strategy? What’s the time-line for their withdrawal? How many years must we fund failure? I say two-terms or we defund them. But remember — I support them.

Truth-be-told, I’d like to defund them now. But again, make no mistake, I support the congressional bait-and-switchers, or I did before I didn’t.

But if I knew then what I know now about what they knew then but don’t know now, I’d qualify as one of Chuck Schumer’s “mainstream” jurists or to form a presidential exploratory committee.

I have a resolution for members of Congress.

If you voted to go to war in Iraq, you have a moral and constitutional obligation to give the troops what they need to win, unless, of course, you think defeat is an option and our Republic and our Constitution will survive Jihadist rule. If that isn’t enough to jump-start your conscience and consciousness, seek employment with the psychotic hotline.

If you voted against going to war in Iraq, either vote to defund it, or stop wasting time and money debating your spineless, non-binding war resolutions that give aid and comfort to our enemies.

Either way, stop blowing smoke in the Capitol telling us that you support the troops. Getting elected didn’t give you a mandate to insult their intelligence or ours.

If we could get them sufficiently medicated, try to imagine the anti-war — pro-troop congressional psychotics giving President Bush the right to issue a modern equivalent of the following executive order:

[T]he President, by virtue of the act of Congress, takes military possession of all telegraph lines in the United States. … Third. All newspapers publishing military news, however obtained and by whatever medium received, not authorized by the official authority mentioned in the preceding paragraph will be excluded thereafter from receiving information by telegraph or from transmitting their papers by railroad.

President Lincoln issued that very order on February 26, 1862, pursuant to an act of Congress.

The very thought of it induces uncontrolled giggling as I imagine ACLUites trampling each other on the way to cherry-pick a federal judge who thinks the Constitution needs judicial oxygen.

Then there’s this order:

By virtue of the authority vested by an act of Congress, the President takes military possession of all the railroads in the United States from and after this date until further order, and directs that the respective railroad companies, their officers and servants, shall hold themselves in readiness for the transportation of such troops and munitions of war as may be ordered by the military authorities, to the exclusion of all other business.

That was an order issued by Lincoln on March 25, 1862, pursuant to an act of Congress. By the way, the congressional act was subsequent to President Lincoln’s order of February 11, 1862, seizing the railroads. That order doesn’t mention any congressional act. The President’s order of February 11 didn’t go as far as Congress did when it excluded “all other business” of the railroads.

It was a time when Congress understood what it meant to be at war and the duty of members to ensure victory. It was a time when members didn’t waste their time passing worthless resolutions that Lincoln would have used to light his pipe.

Lincoln knew that Congress could fund the war or hitch a ride on a troop-seized train and explain to the folks back home why they were undermining the troops.

It was a time when the commander in chief understood that he couldn’t permit traitorous acts that undermined the successful prosecution of the war in the name of freedom of the press. Consider another of Lincoln’s executive orders:

Whereas there has been wickedly and traitorously printed and published this morning in the New York World and New York Journal of Commerce, newspapers printed and published in the city of New York, a false and spurious proclamation purporting to be signed by the President and to be countersigned by the Secretary of State, which publication is of a treasonable nature, designed to give aid and comfort to the enemies of the United States and to the rebels now at war against the Government and their aiders and abettors, you are therefore hereby commanded forthwith to arrest and imprison in any fort or military prison in your command the editors, proprietors, and publishers of the aforesaid newspapers, and all such persons as, after public notice has been given of the falsehood of said publication, print and publish the same with intent to give aid and comfort to the enemy; and you will hold the persons so arrested in close custody until they can be brought to trial before a military commission for their offense. You will also take possession by military force of the printing establishments of the New York World and Journal of Commerce, and hold the same until further orders, and prohibit any further publication therefrom.

Note: On the morning of May 18, 1864, a forged proclamation was published in the World, and Journal of Commerce, of New York. The proclamation named a day for fasting and prayer, called for 400,000 fresh troops, and purposed to raise by an “immediate and peremptory draft,” whatever quotas were not furnished on the day specified. [Italics in original].

It leaves no doubt what Lincoln, or for that matter FDR, would have done with Pinch Sulzberger and the gang at The New York Times for publishing classified documents related to war.

The incompetents in Congress, who aren’t sure what they knew when they voted for the war, know this much. Our troops, who are sacrificing life and limb to fulfill the congressional Iraq war mandate, have access to 24/7 cable and Internet live news coverage of congressional shenanigans, as do our enemies.

I continue to be thankful and amazed that our troops don’t exit Iraq now. They won’t, but if they did, I would want them to lay their assault rifles on the steps of Congress. I would also like to offer another resolution to be attached to their fixed bayonets:

To Members of Congress:

WHEREAS, we have re-deployed ourselves in accordance with your conclusion that the war in Iraq is beyond our ability to win.

WHEREAS, we trust that your grave concerns about the prolonged chaos in Iraq will be assuaged by knowing that it is now under control of Iranian troops that crossed the Iraq border upon our departure.

WHEREAS, although the Iranians have seized control of Iraq’s oil refineries, we remain confident that you will manage to spin-off blame for that as well.

WHEREAS, now that the Iranians have placed Muqtada al-Sadr and those Al-Queda freedom fighters in control of the Iraqi Parliament, they won’t be ordering any more of that purple ink.

WHEREAS, even though we think you’re the biggest bunch of losers since the pet rock, be assured of our undying support. Thanks so much for all your loyal support of our failed efforts and wasted lives.

WHEREAS, in the event that another airplane invades restricted D.C. airspace and you find yourselves scurrying like mice from a big cat, good luck with that. Our pilots have parked their planes and left the keys in the ignition.