The Punishment Is the Crime 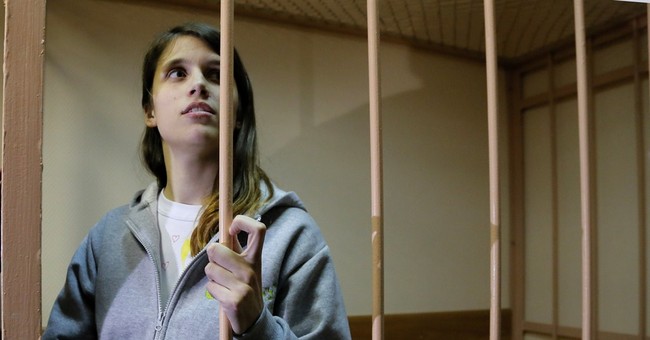 Trending
Nine years ago, Ronald Washington swiped two Michael Jordan jerseys from a Foot Locker in Shreveport, La. Although the shirts were on sale for $45 each, they were officially priced at $60, putting their combined value above $100. The difference between the discounted price and the list price was the difference between a misdemeanor punishable by no more than six months in jail and a felony that triggered a life sentence.

Washington is one of the prisoners profiled in a new report from the American Civil Liberties Union (ACLU) on nonviolent offenders serving sentences of life without parole (LWOP). There were at least 3,278 such prisoners in the U.S. at the end of 2012, an astonishing number that reflects decades of tough-on-crime policies unconstrained by justice, wisdom or compassion.

Like many of those prisoners, Washington qualified as a "habitual offender" under a law aimed at incorrigible criminals. But if none of his prior offenses -- which included forgery, cocaine possession, theft and burglary -- merited a life sentence, it is hard to see how the addition of shoplifting could possibly justify that penalty.

If Washington's punishment was grossly disproportionate, how should we describe the life sentences imposed on repeat offenders whose so-called crimes involved no victims? At the age of 28, James R. Byers Jr. was sentenced to life under South Carolina's "three strikes" law for a single $10 crack sale; all of his prior convictions involved drug offenses.

Kevin Ott was 33 when he began serving a life sentence in Oklahoma for possessing three-and-a-half ounces of methamphetamine while on parole for marijuana charges. Three marijuana offenses, the last involving less than two pounds, triggered a life sentence for 35-year-old Cornell Hood II under Louisiana's habitual offender law.

Nearly two-thirds of the LWOP prisoners counted by the ACLU are in the federal system, almost all of them for drug offenses that are punished according to rigid formulas based on weight and criminal history. That's how Timothy Tyler ended up with a life sentence for selling LSD to fellow Deadheads after getting probation for two similar offenses. He was 24 when the government permanently stripped him of his freedom.

Even drug offenders without prior convictions can be sent to prison for the rest of their lives. When she was 26, Teresa Griffin was sentenced to life in federal prison for serving as a mule in her boyfriend's cocaine operation. Alice Marie Johnson got the same sentence when she was 42 for holding money and passing along messages as part of a cocaine distribution conspiracy. Both were first-time offenders.

The ACLU's report does not include people serving lengthy mandatory terms that amount to life sentences -- such as Weldon Angelos, who is serving a 55-year sentence in federal prison for possessing a gun during three marijuana sales, or Morton Berger, who is serving a 200-year sentence in Arizona for possessing child pornography. Prisoners like Berger would not have been counted anyway, because the ACLU excluded sex offenders.

Furthermore, three states with nonviolent offenders serving LWOP sentences -- Delaware, Nevada and Virginia -- did not provide data. Hence the ACLU's grim tally, appalling as it is, understates the number of people unjustly condemned to spend the rest of their lives in cages.

"Today," the ACLU notes, "the United States is virtually alone in its willingness to sentence nonviolent offenders to die behind bars." It urges state and federal legislators to abolish that practice and make the change retroactive so that current prisoners would be eligible for resentencing. In the meantime, it says, governors and the president should use their clemency powers, which they have exercised in recent years with scandalous infrequency, to free people who never should have received life sentences.

The ACLU also suggests that legislators "recalibrate drug policies." Since four-fifths of the people serving LWOP sentences for nonviolent crimes are drug offenders, more than a tweak may be needed. But we could start by recognizing that murdering someone is worse than selling him drugs.