No Smoke, Yet Ire 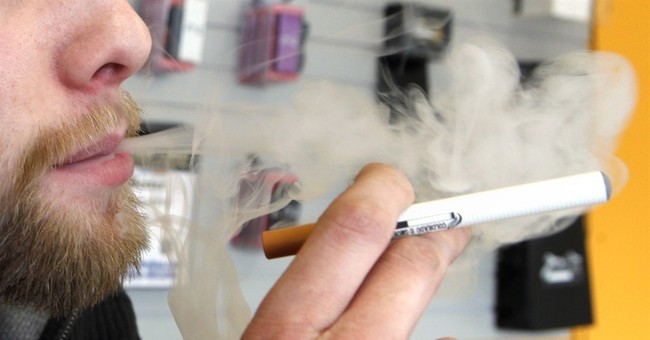 Sales of electronic cigarettes have risen dramatically in recent years. Whether you see that development as an opportunity or a threat depends on whether you view the matter rationally or through a fog of prejudice that makes anything resembling a cigarette look sinister, regardless of the risks it actually poses.

The Food and Drug Administration (FDA) is expected to propose regulations for e-cigarettes by the end of this month. If unreasoning fear carries the day, those regulations will restrict information about and access to a potentially lifesaving product, thereby increasing smoking-related illness and death in the name of public health and consumer protection.

A few years ago, ignoring that danger, the FDA sought to ban e-cigarettes as unapproved pharmaceutical products. After that effort was blocked by a federal judge and an appeals court, the agency announced that it would instead regulate e-cigarettes as tobacco products.

That approach was blessed by the courts, which noted that the nicotine in e-cigarettes is derived from tobacco. But the "tobacco product" label does not really fit either, because e-cigarettes do not contain any tobacco, delivering nicotine in a propylene glycol vapor instead of burning dried vegetable matter.

That difference is crucial for smokers contemplating a switch to vaping, because it means they can avoid the myriad toxins and carcinogens generated by tobacco combustion, thereby dramatically reducing the health hazards they face. There is no serious scientific dispute on this point, although people who should know better often pretend otherwise.

For instance, Maria Azzarelli, coordinator of the Southern Nevada Health District's tobacco control program, recently told the Las Vegas Sun that "no one can say right now whether e-cigarettes are a healthier alternative to cigarettes." Really? No one can say whether inhaling vapor containing nicotine, flavoring and propylene glycol, which the FDA has approved as an ingredient in food and medicine, is safer than inhaling smoke?

Even the U.S. Centers for Disease Control and Prevention (CDC), which recently cited increased consumption of e-cigarettes while urging the FDA to regulate them, concedes that "e-cigarettes appear to have far fewer of the toxins found in smoke compared to traditional cigarettes." Boston University public health professor Michael Siegel, who supports vaping as a harm-reducing alternative to smoking, notes that "we actually have a much better idea what is in electronic cigarette vapor than what is in tobacco smoke."

So why the strange resistance to e-cigarettes, which contain no tobacco and generate no smoke, among people concerned about the health hazards of tobacco and smoking? Like other activists and some politicians, Azzarelli claims to be worried that e-cigarettes will make the conventional variety seem glamorous again. "We're very concerned that what (was) becoming passe - smoking -- is now coming back," she says.

In other words, Azzarelli and her fellow activists worry that a product whose main selling point is avoiding the scary hazards and offensive stench of smoking somehow will make smoking more appealing. That fear seems implausible, to say the least, and there is no evidence to support it.

E-cigarette alarmists like to cite CDC survey data indicating that "e-cigarette use among students doubled in the last year," as 40 state attorneys general noted last month in a letter to the FDA. But that increase was in the number of students reporting any use in the previous month, which may reflect nothing more than experimentation.

The survey provides no evidence that such experimentation leads to smoking. To the contrary, as Siegel points out, nine out of 10 teenagers who tried e-cigarettes were already smokers, meaning the trend that the attorneys general consider a public health emergency may instead portend successful harm reduction. Likewise with adults: Survey data indicate that e-cigarette use is overwhelmingly concentrated about current and former smokers.

It's in the shift from the former category to the latter that the disease-reducing potential of e-cigarettes lies. Impeding that transition by imposing arbitrary restrictions on e-cigarette advertising, sales and flavors would be a literally fatal error.