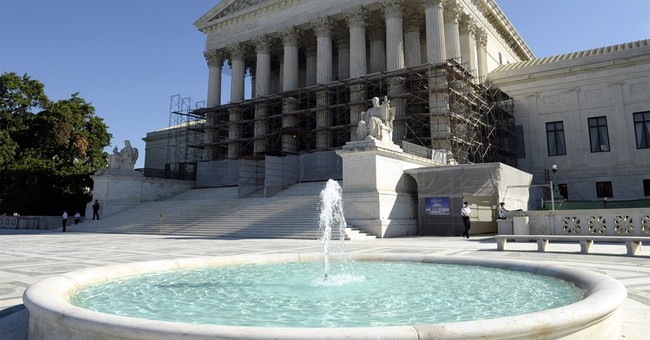 Although the federal government accuses Kerri and Brian Kaley of trafficking in stolen medical devices, it has been unable to identify any victims of this alleged criminal scheme. That has not stopped the Justice Department from freezing the assets they need to defend themselves.

Today the Supreme Court is considering whether the Kaleys have a constitutional right to challenge the order blocking access to their money before it's too late for them to mount an effective defense. A ruling in their favor would help limit the government's ability to deprive people of their liberty by depriving them of their property.

For people facing criminal charges, freedom not only is not free; it is dauntingly expensive. The Kaleys' lawyers estimate that a trial will cost $500,000 in legal fees and other expenses. The Kaleys had planned to cover the cost with money drawn from a home equity line of credit -- until the government took it.

Technically, the government has not taken the money yet; it has merely "restrained" it, along with the rest of the home's value, in anticipation of a post-conviction forfeiture. But the result is the same for the Kaleys: They can no longer afford to pay the lawyers they chose and trust, the people who have been representing them for eight years and are familiar with the details of their case.

Those details are puzzling. Kerri Kaley, who had a job with Ethicon selling medical devices to hospitals in the New York area, knew that hospital employees periodically would ask the company's sales representatives to take overstocked or outmoded devices off of their hands. Seeing an opportunity to make some extra money, she and some of her colleagues began selling the devices, which no one else seemed to want, to a distributor in Miami.

Neither Ethicon nor any hospital has come forward to complain that its property was stolen. Yet the federal government brought criminal charges against Kerri Kaley, her colleagues and her husband, who had helped ship the devices and deposited some of the revenue in his business account.

Prosecutors sought a forfeiture of more than $2 million, claiming it was proceeds from the Kaleys' crimes. A few days after admitting to a magistrate judge that only $140,000 could be traced to the medical device sales, they obtained a new indictment that included a money laundering charge, which allowed them to claim that any assets with which the proceeds had been mingled were subject to forfeiture because they had "facilitated" the concealment of ill-gotten gains.

The money laundering charge seemed implausible given the clear and detailed financial records kept by the Miami medical device distributor and the Kaleys' accountant. In short, the Kaleys are accused of laundering money they made no attempt to hide after stealing merchandise from owners who evidently were happy to be rid of it.

Given the nature of these offenses, it's not surprising that the only Ethicon sales representative who has been tried so far (who was able to hire the lawyers she wanted because her assets were not frozen) was acquitted after fewer than three hours of deliberation. Two other sales representatives pleaded guilty and received sentences of five and six months, respectively, although the judges in both cases wondered aloud who the victims were.

The Kaleys are not ready to throw in the towel. They want their day in court with the counsel of their choice. Toward that end, they argue that the Sixth Amendment, which guarantees the right to counsel, and the Fifth Amendment, which prohibits the taking of property without due process, require that they have an opportunity to challenge the legal basis of the proposed forfeiture before they go to trial.

An adversarial hearing is especially important in this situation because prosecutors have a financial stake in forfeitures, which help fund their budgets. Given the weakness of the case against the Kaleys, it's not clear who is guilty of theft here: the defendants or the government.