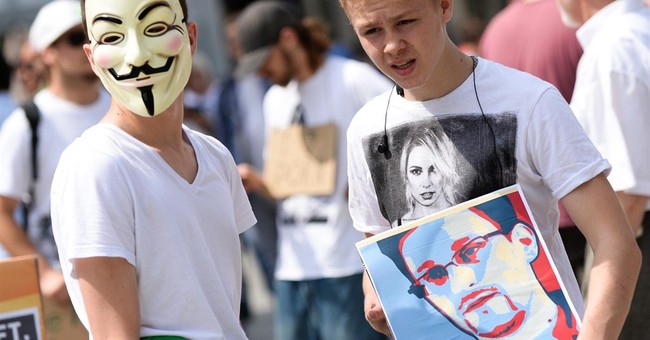 "This is not a game," Mike Rogers angrily warned last week, urging his colleagues in the House to vote against an amendment that would have banned the mass collection of telephone records by the National Security Agency (NSA). "This is real. It will have real consequences."

I hope Rogers is right. Despite the Michigan Republican's best efforts to portray the amendment as a terrifying threat to national security, it failed by a surprisingly narrow margin, which could signal the emergence of a bipartisan coalition willing to defend civil liberties against the compromises supported by leaders of both parties.

Rogers was not surprised by the recent revelation that the NSA routinely collects information about every phone call Americans make, just in case it may prove useful in the future. As chairman of the House Intelligence Committee, he knew about the program for years, and he had no problem with it.

Not so for two other Michigan congressmen: Justin Amash, a 33-year-old libertarian Republican serving his second term, and John Conyers, an 84-year-old progressive Democrat first elected in 1965. These two legislators, conventionally viewed as occupying opposite ends of the political spectrum, were outraged by the NSA's data dragnet, especially since representatives of the Bush and Obama administrations had repeatedly denied that any such program existed.

The measure that Amash and Conyers proposed as an amendment to a military spending bill would have required that records demanded under Section 215 of the Patriot Act, which authorizes secret court orders seeking "any tangible things" deemed "relevant" to a terrorism investigation, be connected to particular targets. Although it was a pretty mild reform, leaving in place the wide powers granted by Section 215 while repudiating the Obama administration's even broader, heretofore secret interpretation of that provision, the amendment was viewed as a quixotic effort.

President Obama was against it, of course. "In light of the recent unauthorized disclosures," said White House press secretary Jay Carney, "the president has said that he welcomes a debate about how best to simultaneously safeguard both our national security and the privacy of our citizens." In other words, Obama never wanted you to find out about the NSA's snooping on millions of law-abiding Americans, but now that you know, he is willing to let you talk about it -- as long as talk does not lead to action.

Carney condemned the Amash amendment as a "blunt approach" that "is not the product of an informed, open or deliberative process."

That was pretty funny, since Obama has been doing everything in his power to prevent ordinary Americans from learning enough about the government's surveillance programs to decide for themselves whether they want to exchange their privacy for his promise of safety.

The leaders of the House's Republican majority and Democratic minority nevertheless sided with the president. Then something pretty amazing happened: The rank and file failed to fall in line. The amendment was defeated, but by a vote so close -- 217 to 205 -- that barely more than a handful of switches would have put it over the top.

Ninety-four Republicans and 111 Democrats defied their leadership. Privacy activists were astounded. Sina Khanifar of DefundtheNSA.com told the Washington Post, "People were like, 'I think we'll get 150 votes if it goes really well.'"

It surely helped that Rep. James Sensenbrenner, R-Wis., a lead author of the Patriot Act, told his colleagues Section 215 was not meant to authorize the indiscriminate collection of information about innocent people. But several legislators went even further, arguing that the government should have a warrant based on probable cause to obtain records held by third parties, which the Supreme Court has said is not necessary because people should realize any information they share with others is fair game for government perusal.

"What began on the political fringes only a week ago has built a momentum that even critics say may be unstoppable," the New York Times reported on Monday. Perhaps it is time to redefine the fringes.