You Choose, You Lose 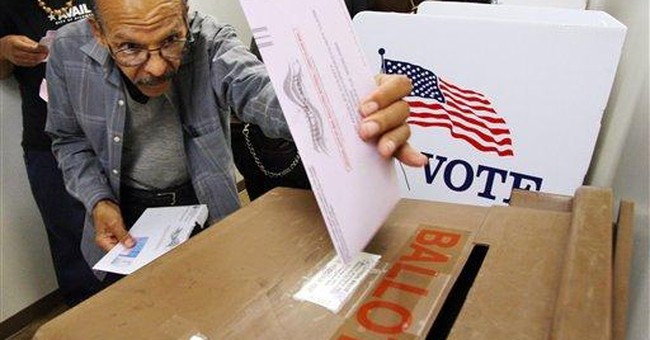 I am not, technically speaking, an undecided voter. I plan to vote for the presidential candidate whose views about the proper role of the federal government are closest to mine: Bob Barr, the Libertarian nominee. But on the question of which major-party candidate would do less damage to the country as president -- by which I mean expand government and restrict liberty less -- I remain undecided.

As we saw during the first six years of the Bush administration, which featured profligate spending and unchecked executive power, the White House and Congress tend to enable each other's excesses when they are controlled by the same party. Since the Democrats are expected not only to retain but to strengthen their grip on the legislative branch, this consideration counts in favor of the Republican nominee.

Another important advantage of a McCain presidency is that he would be more likely than Barack Obama to appoint judges who see their job as interpreting and applying the Constitution, rather than rewriting it to fit their policy preferences. Since the two oldest members of the Supreme Court tend toward the latter approach, McCain could have a chance to make the Court more faithful to the original understanding of the Constitution.

While McCain would be better than Obama in this respect, it's not because he cares much about legal philosophy but because the people advising him would. Likewise on economic issues, where the people McCain consults seem less interventionist and more market-oriented than Obama's advisers. Then again, McCain has cast doubt on the superiority of his economic instincts by condemning "reckless conduct" and "unbridled greed" on Wall Street while backing taxpayer-funded bailouts of reckless and greedy lenders, investors and borrowers.

If McCain's support for these expensive adventures in moral hazard undermines his claim to fiscal conservatism, so does his continued enthusiasm for another ill-advised, Treasury-draining initiative: the five-year-old war in Iraq, the price tag for which will exceed that of the Wall Street bailout, even without taking into account the thousands of American and Iraqi lives it has cost. Obama opposed the war from the start and is likely to bring it to a quicker close than McCain would.

Overthrowing Saddam Hussein is not the only part of President Bush's War on Terror that Obama has questioned. He has been appropriately critical of other policies Bush said were necessary to fight terrorism, including illegal, warrantless surveillance; indefinite, unreviewable detention; and "enhanced interrogation techniques" that are indistinguishable from torture. With the glaring exception of the Second Amendment, which Obama supports in theory but not in practice, he has a substantially stronger record on civil liberties than McCain does.

Obama is also superior on the related issue of executive power, rejecting Bush's contention that the president may do as he pleases in matters related to terrorism or national security. McCain initially sounded better than Bush on this question, agreeing that the president is obligated to obey the law and renouncing the use of signing statements to evade that obligation. More recently, however, his campaign has indicated that McCain's view of the president's authority is broad enough to permit violation of statutes governing surveillance of people in the United States.

The extent of the president's powers, although hardly mentioned during the general election campaign, is probably the most important consideration in choosing between McCain and Obama. It is tied to all the other major issues, including the Iraq war, the fight against terrorism and the government's response to the current economic situation.

The crucial question is which matters more: a president's theory of executive power or the political environment he faces. If the former, Obama is the less risky choice. If the latter, McCain is, since he would face a less compliant Congress. In that case, the Republicans' sorry performance during their six years in charge of the executive and legislative branches, by highlighting the virtues of divided government, may be the best argument for their nominee.