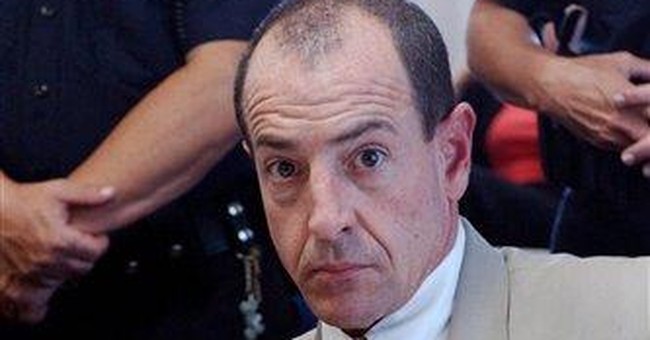 Critics of OxyContin manufacturer Purdue Pharma blame it for promoting abuse of the painkiller by encouraging family doctors to prescribe it. "As a result of the expanded access," said a recent New York Times story, summarizing the rap against the company, "OxyContin wound up in the high schools and street corners of rural America, where curious teenagers crushed the pill, defeating the time-release formula, and ended up addicts or, in some cases, dead."

Miraculous as OxyContin may seem to people suffering from severe chronic pain, it does not have the ability to crush itself and leap up the noses of innocent bystanders. No one "ends up" an addict without repeatedly choosing to seek out and consume a drug for the pleasure or emotional relief it provides. Drug treatment data indicate that regular OxyContin users are typically experienced illicit drug consumers who have undergone treatment before, not "curious teenagers."

Purdue Pharma, which pleaded guilty in May to "misbranding," may have misled doctors by telling them OxyContin was less subject to abuse than other opioids. But depicting OxyContin addicts as innocent victims of corporate greed is equally misleading, ignoring the decisions by which they determined their own fates.

There was no shortage of such responsibility-deflecting narratives in 2007. A few more highlights:

Kentucky Fried Lawsuit. Arthur Hoyte, a retired physician from Rockville, Md., sued KFC after discovering what he portrayed as the fast-food chain's deadly secret: It fried its chicken in partially hydrogenated vegetable oil. (It has since switched to a trans-fat-free oil.) "If I had known that KFC uses an unnatural frying oil and that the food was so high in trans fat, I would have reconsidered my choices," Hoyte said.

But the evidence Hoyte cited to back up his class action, which was supported by the Center for Science in the Public Interest, consisted largely of information KFC itself disseminated through its Web site and point-of-sale posters. In May, a federal judge dismissed the suit.

Deadly Drinking. Last spring, after a fraternity initiation rite, Gary DeVercelly Jr., an 18-year-old freshman at Rider University in Lawrenceville, N.J., was pronounced dead at a Trenton hospital. He had a blood alcohol concentration of 0.43 percent. In August, local prosecutors responded by charging three students and two university officials with "aggravated hazing," which carries a penalty of up to 18 months in prison.

Unless the administrators were at DeVercelly's side shouting "Drink, drink," charging them seems like a stretch, even if you accept the premise that anyone should be held criminally liable for an adult's decision to consume three-quarters of a bottle of vodka in less than half an hour. Although the charges against the Rider officials were later dropped, last week, DeVercelly's parents sued the university.

San Francisco Tiger. So far the story about the fatal Christmas Day attack at the San Francisco Zoo has focused primarily on the question of what the zoo should have done to prevent the tiger from escaping, the main criticism being that the wall around the enclosure was not tall enough. But the experts seem to agree that a Siberian tiger does not leap a 33-foot moat and scale a 12-foot-5-inch wall without provocation. "There had to have been a tremendous stimulus that made the tiger react the way she did," one told the San Francisco Chronicle.

The teenager who was killed, Carlos Sousa Jr., reportedly saved his friends, 19-year-old Amritpal Dhaliwal and his 23-year-old brother, Kulbir, by luring the tiger away from them. The brothers were hostile to the police, at first refusing even to give their names, and they have yet to provide a public account of what happened.

Police found a shoeprint on top of the railing outside the enclosure, and the Chronicle reported that "pinecones and sticks that were found in the moat might have been thrown at the animal." Whatever role the Dhaliwal brothers played in the attack, you can be sure it will be further obscured by their inevitable lawsuit.