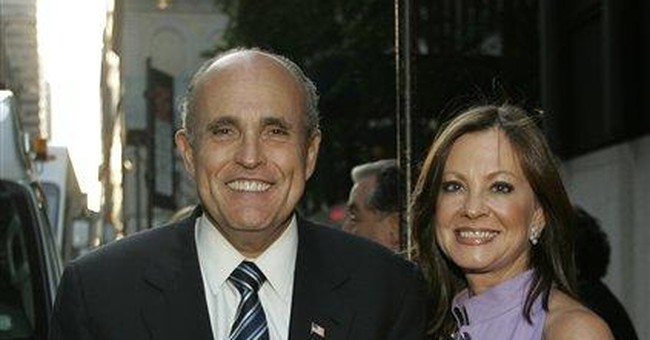 Five years ago, members of Congress voted to protect themselves from criticism in the name of protecting us from their own corruption. For those of us who were disgusted by the Bipartisan Campaign Reform Act, the TV spots planned by SpeechNow.org would fulfill a revenge fantasy.

One ad, aimed at Rep. Dan Burton, notes that the Indiana Republican "voted for a bill to restrict the speech of many public interest groups" by barring them from running ads that mention politicians close to elections. "Under this bill," the script continues, "you could go to jail for criticizing politicians. Hey, Dan Burton. This is America, not Russia. But we still have the right to vote. Say no to Burton for Congress. Say no to censorship."

SpeechNow.org, which describes itself as "an independent speech group of individuals who have assembled in order to promote and protect our First Amendment rights," has donors lined up to pay for producing and running the ads. All it needs is approval from the Federal Election Commission, which recently agreed to consider its request. If the FEC lets SpeechNow.org proceed with its plans, the decision will further unravel the gag woven by post-Watergate restrictions on the financing of political messages.

SpeechNow.org wants to know if its intent to run ads explicitly advocating the election or defeat of candidates for federal office means it has to register with the FEC as a "political committee." In addition to the administrative burden that would entail, it would limit the group's ability to raise money since each donor would be allowed to give no more than $5,000 per year and would have to count the donation toward his two-year limit of $57,500 for all political contributions.

The Supreme Court has said restrictions on political contributions, even though they impinge on freedom of speech, can be justified when they serve the goals of preventing corruption or the appearance of corruption; providing the public with information useful in assessing the merits of candidates for office (including their possible favoritism toward campaign contributors); and preventing "the corrosive and distorting effects of immense aggregations of wealth that are accumulated with the help of the corporate form and that have little or no correlation to the public's support for the corporation's political ideas."

SpeechNow.org, which is represented by lawyers from the Institute for Justice and the Center for Competitive Politics, was deliberately organized to address these concerns. It is not a corporation (not even the nonprofit sort) and is not affiliated with any party or candidate. Its bylaws ban donations from corporations or labor unions, donations to parties or candidates, and coordination of its activities with parties or campaigns.

SpeechNow.org's ads would include disclaimers identifying the sponsor and noting that the spots are "not authorized by any candidate or candidate's committee." The group would publicly disclose its donors names and the amounts they give.

In these circumstances, it's hard to see how limiting the ability of SpeechNow.org's members to pay for their ads can be justified, even if you accept the Supreme Court's rationale for upholding campaign finance rules. SpeechNow.org notes that the Court itself, in a 1981 decision overturning a Berkeley, Calif., ordinance, said imposing "a Spartan limit -- or indeed any limit -- on individuals wishing to band together to advance their views on a ballot measure, while placing none on individuals acting alone, is clearly a restraint on the right of association."

The Berkeley debate was about rent control. SpeechNow.org wants to talk about speech control, but first it has to get permission from the speech controllers.