They Can Hear You Now: Congress Protects America From Privacy 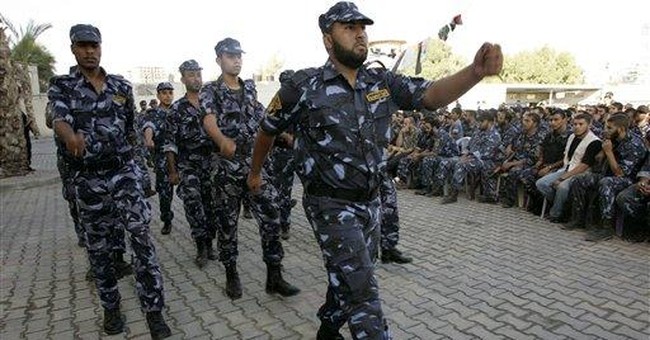 When you talk to your mother on the phone, do you have a reasonable expectation of privacy? I thought I had privacy, but apparently I don’t -- at least not anymore -- because my mother lives in Jerusalem.

Under the inaptly named Protect America Act of 2007, which President Bush signed into law on Sunday, the federal government no longer needs a warrant to eavesdrop on phone calls or read e-mail messages between people in the United States and people in other countries. Unless the courts overturn this law or Congress declines to renew it when it expires in six months, Americans will have no legally enforceable privacy rights that protect the content of their international communications.

Congress rushed to pass the law, which amends the Foreign Intelligence Surveillance Act (FISA), because the Bush administration said it was urgently needed in light of a secret ruling earlier this year by the Foreign Intelligence Surveillance Court. The court concluded that FISA requires warrants to monitor phone calls and e-mail messages routed through U.S. switches, even when both parties to the communication are outside the country.

Although based on a defensible reading of a 1978 law that did not anticipate the details of 21st-century telecommunications systems, the ruling created an arbitrary restriction on monitoring foreign-to-foreign transmissions, which ordinarily does not require a warrant. But in addition to fixing this problem, Congress gave the executive branch the unilateral authority to approve surveillance of international communications involving people on U.S. soil.

Such spying is not limited to investigations of Al Qaeda or other terrorist groups. The government need only assert that obtaining foreign intelligence information is "a significant purpose" of the surveillance. It is also supposed to adopt "reasonable procedures" for determining that the information it seeks "concerns persons reasonably believed to be located outside the United States."

Although the law charges the FISA court with reviewing those general procedures, no one outside the executive branch has to sign off on the selection of targets or of communications to be monitored, even after the fact. Those decisions are left to the director of national intelligence and the attorney general, a man whom several members of the Senate Judiciary Committee, including the ranking Republican, recently accused of deliberately misleading Congress, stopping just short of calling him a liar.

In response to criticism from civil libertarians, the Bush administration sounds a familiar refrain: Don’t worry; you can trust us. White House spokesman Tony Fratto said the law was not intended "to affect in any way the legitimate privacy rights" of Americans.

The whole point of judicial review, of course, is to avoid having to put all our trust in the competence, integrity and good intentions of executive-branch officials. If the Fourth Amendment’s protection against "unreasonable searches and seizures" means anything, it means that the people doing the searches and seizures don’t get to decide which privacy rights are legitimate.

Now that Congress has given its blessing to warrantless surveillance of international communications involving people in the United States, legalizing what the National Security Agency did without statutory authority for five years after Sept. 11, the courts may have a chance to address the status of such eavesdropping under the Fourth Amendment. Some legal scholars argue that it might be constitutional under the "border search exception," which allows warrantless examinations of people and things entering the country.

However the courts resolve that issue, do you want every communication you have with someone in another country to be fair game for the government’s snooping, based on nothing more than untested suspicion? As you ponder that question, recall that Attorney General Alberto Gonzales claimed the administration had to violate FISA because a Republican-controlled Congress in the immediate aftermath of Sept. 11 would not have agreed to the changes that a Democrat-controlled Congress has approved by a comfortable margin six years later.