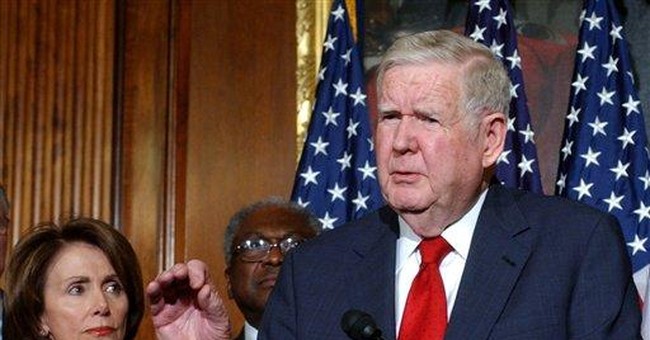 Rep. John Murtha called the Lobbying Transparency Act "total crap." Then the Pennsylvania Democrat voted for it, along with 381 of his colleagues, many of them equally afraid of appearing to oppose transparency.

Rep. James Moran, D-Va., who also joined the majority, worried that the bill, which requires lobbyists to disclose the campaign contributions they gather for politicians, would make fund raising harder. "I don't know what we're supposed to do," he said, "except cold call all the people in the phone book in our districts."

There's something to be said for making members of Congress spend their days begging for money over the phone, which might teach them humility and keep them out of trouble. But the Lobbying Transparency Act won't accomplish that goal, or much of anything aside from perpetuating the illusion that a political system free from the corrupting influence of money is just one reform away.

As usual, the latest campaign finance reform, a version of which the Senate approved in January, is aimed at a "loophole" created by previous campaign finance reforms. In 1974 Congress capped individual contributions to candidates at $1,000 per election. That restriction encouraged people who might otherwise have given more than $1,000 to solicit contributions from others instead.

Such "bundling" got another boost from the 2002 Bipartisan Campaign Reform Act (BCRA), which banned "soft money," unrestricted contributions that ostensibly supported general party-building efforts but in practice helped elect candidates. At the same time, BCRA doubled the maximum individual contribution per candidate and indexed it to inflation.

The results were soon clear. In the 2000 presidential election, the Bush campaign outraged advocates of tighter financial restrictions by enlisting "Pioneers," supporters who raised at least $100,000 in bundled contributions. In the 2004 election, after BCRA took effect, the Bush campaign added a new category, "Rangers," for bundlers who solicited donations totaling at least $200,000.

So what have three decades of campaign finance reform accomplished? It's doubtful that a supporter who writes a single check for $200,000 exercises more influence over a politician than a supporter who collects 100 checks totaling $200,000.

In light of this reality, the Lobbying Transparency Act requires registered lobbyists to report the money they solicit on a candidate's behalf as well as their direct contributions. But it does not prohibit bundling, and it does not apply to most bundlers.

A 2004 analysis by the Center for Public Integrity found that registered lobbyists represented only about 10 percent of the Bush campaign's big bundlers. Lobbyists complain that the new law unfairly discriminates against them.

Clearly there are more loopholes to be closed. But perhaps it's time to reconsider the never-ending quest to purify politics by restricting money.

Under the Lobbying Transparency Act, a candidate can receive any amount of money from a single bundler, as long as the public knows about it. Why not apply the same standard to individual donors, lifting the restrictions imposed in 1974 while continuing to require disclosure of who gets what from whom?

Those donation limits impinge on the freedom of Americans to express their political views by putting their money where their mouths are. Worse, the effort to control contributions has led to restrictions on independent political ads that reformers consider disguised donations, another loophole to be closed.

In addition to restoring our First Amendment rights, campaign deregulation would address one of the main concerns about bundling: that it gives incumbents an unfair advantage. If challengers could collect unlimited amounts from wealthy individuals, it would be much easier for them to mount credible campaigns, and we might be spared candidates whose main qualification for office is a fat bank account.

Politicians then would have to weigh the appearance of being indebted to a few big donors against the difficulty of raising adequate funds in smaller increments. If a congressman preferred hitting up everyone in his district, that option would still be available.