Looking for Hate in All the Wrong Places 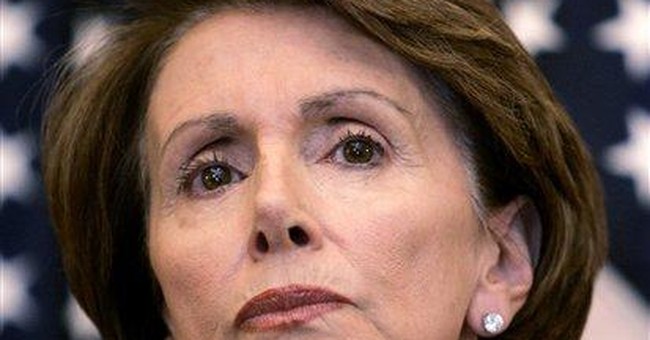 "Hate crimes have no place in America," House Speaker Nancy Pelosi boldly declared last week, "no place in a nation where we pledge every morning 'with liberty and justice for all.'" Pelosi was urging her colleagues to approve a bill aimed at violence motivated by hostility toward members of certain designated groups.

According to Pelosi, then, the "justice for all" mentioned in the Pledge of Allegiance means equal opportunity to be a crime victim. It certainly does not mean equality before the law, which the hate crime bill sacrifices by treating perpetrators of the same crime differently because they hold different beliefs.

The bill, which the House passed and President Bush has threatened to veto, expands the federal government's involvement in prosecuting bias-motivated crimes by eliminating the requirement that victims be engaged in a federally protected activity such as voting. It also adds four new bias categories (gender, sexual orientation, gender identity and disability) to the existing four (race, color, religion and national origin).

Religious conservatives warn that the bill, combined with existing federal penalties for anyone who "counsels," "commands" or "induces" someone else to commit a crime, could be used against a pastor who condemns homosexuality if one of his congregants later assaults gay people. This seems like a stretch, especially in light of the well-established First Amendment rule that speech can be punished in such a situation only if it is intended to incite "imminent lawless action" and is likely to do so.

The rationale for such unequal treatment is that crimes motivated by bigotry do more damage than otherwise identical crimes with different motivations because of the fear they foster. Yet random attacks arguably generate more fear, and hate crimes cause anxiety in the targeted group only when they're publicized as such. In any case, judges can take a crime's impact into account at sentencing.

Even if states were justified in punishing bigoted criminals more severely than merely vicious ones (as all but a handful currently do), the case for federal action would be weak. Unlike the situation in the Jim Crow South, there is no evidence that state and local officials are ignoring bias-motivated crimes.

The hate crime bill, which authorizes federal prosecution whenever the Justice Department perceives a bigoted motive and believes the perpetrator has not been punished severely enough, continues the unfortunate tendency to federalize crimes that are properly the business of state and local governments, just so legislators like Pelosi can show they care. Although the Bush administration claims to be concerned about this trend, the details of its objections to the bill (not to mention its history of supporting unconstitutional expansions of the federal government) suggest otherwise.

In federalizing bias-motivated crimes -- potentially including every heterosexual rape, a crime that arguably is always committed "because of" the victim's gender -- Congress claims to be exercising its authority to regulate interstate commerce. But the connection can be as tenuous as a weapon that has crossed state lines, interference with the victim's "economic activity" or anything else that "affects interstate or foreign commerce."

The president's complaint is not that such a broad definition of interstate commerce leaves nothing beyond the federal government's authority. It's that Congress neglected to include the all-purpose Commerce Clause boilerplate in one section of the bill. Contrary to the impression left by the Constitution, Congress evidently can do whatever it wants, as long as it says the magic words.