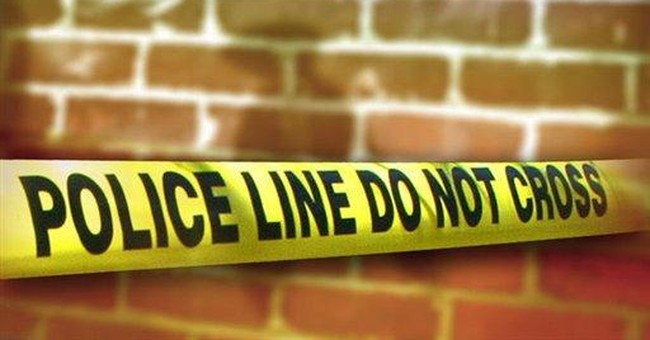 Last week, when a federal appeals court ruled that the District of Columbia's gun ban violates the right to "keep and bear arms," The New York Times reported that the judges were "interpreting the Second Amendment broadly." If they had interpreted the amendment in the normal, mainstream way, according to the Times, they would have concluded that it imposes no restrictions on gun control because it has nothing to do with individual rights.

This oddly bifurcated view of an enumerated constitutional right helps explain why the gun-control debate in this country is so acrimonious. When one side considers the Second Amendment a nullity and the other side thinks it counts for something, there is no safe middle ground.

The D.C. law makes that impossible. It bans handguns not registered by 1976, except for those owned by retired police officers; prohibits carrying a handgun, even from one room to another, without a license that cannot be obtained; and requires that all firearms in the home, including rifles and shotguns, be unloaded and either disassembled or disabled with trigger locks.

It is hardly a stretch to view this policy, which effectively proscribes armed self-defense for the vast majority of D.C. residents, as a violation of the right to keep and bear arms. But according to a Washington Post editorial, the D.C. Circuit gave "a new and dangerous meaning to the Second Amendment," acceding to an "unconscionable campaign to broadly reinterpret the Constitution so as to give individuals Second Amendment rights."

In fact, as the court's 58-page opinion shows, gun controllers are the ones who have reinterpreted the Second Amendment, finding hidden meaninglessness. They insist that "the right of the people to keep and bear Arms" guaranteed by the Second Amendment, unlike the rights of "the people" mentioned in the First, Fourth, Ninth and 10th amendments, is not a right that belongs to people. But as the D.C. Circuit pointed out, "The Second Amendment would be an inexplicable aberration if it were not read to protect individual rights as well."

The idea that the amendment's prefatory clause, referring to the importance of a "well regulated Militia," obliterates everything that follows is a relatively recent interpretive innovation. It was unknown to the Framers and to the leading legal scholars of the 19th century, all of whom saw the amendment as guaranteeing a pre-existing right to use arms for defense against criminals, invaders and tyrants.

The part about the militia (which included all able-bodied white men of fighting age, each of whom was expected to bring his own weapons) was meant to acknowledge one important function of the right recognized by the Second Amendment, reassuring Antifederalists who worried that the new national government would abolish state militias. It was not meant to transform an individual right into a state prerogative.

"The people's right to arms was auxiliary to the natural right of self-preservation," the D.C. Circuit noted. "That right existed prior to the formation of the new government under the Constitution."

The Washington Post called this ruling "radical." I suppose it is, in the sense that it goes to the root of what the Framers wanted to protect.