If College Is a Good Investment, Why Should the Government Subsidize It? 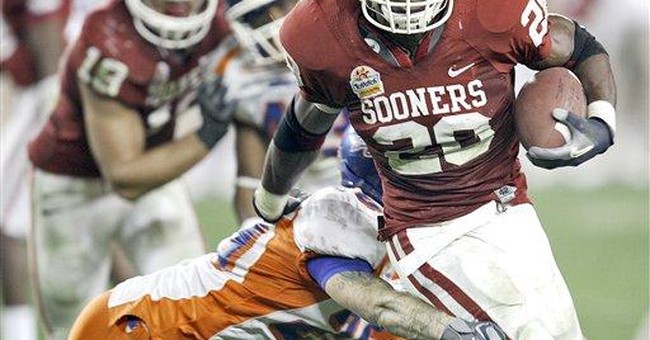 The Democrats' eagerness to cut interest rates on student loans reflects a time-honored Washington maxim: If it's good, it should be subsidized. In this case, as in most others, the truth is just the opposite: If it's good, there's no need to subsidize it.

According to U.S. Census data, the average college graduate earns about $1 million more over his lifetime than the average high school graduate. That's a pretty good payoff for the investment in tuition, whether the money is borrowed at the rate promised by the Democrats (3.4 percent), at the current government-subsidized rate (6.8 percent) or even at the market rate (now ranging between 7 percent and 11 percent).

Advocates of increased aid worry that the average college student carries a debt of almost $18,000 when he graduates. But owing the cost of a Hyundai Sonata for a loan that yields an extra $20,000 or so in earnings every year does not seem like a bad deal. It's certainly a better investment than the Hyundai.

Aid supporters also note that the cost of attending college has been rising faster than the rate of inflation for the last two decades. Yet easy money at taxpayers' expense fuels this escalation. Basic economic theory tells us that boosting the demand for a product or service, which is what government loans and grants effectively do, tends to raise its price.

In a 2005 Cato Institute paper, Hillsdale College political scientist Gary Wolfram reviewed the relevant studies and concluded "there is a good deal of evidence suggesting that federal financial assistance has the unintended consequence of increasing tuition for all students." One study found public and private four-year colleges increased net tuition (taking internal aid into account) by 68 cents and 60 cents, respectively, for each additional dollar in Pell Grants. Another study found private colleges raised net tuition by 72 cents for each additional dollar of federal loan aid.

Different types of schools respond differently to increases in subsidies, and price hikes can take several forms, including cuts in state funding and internal aid as well as increases in the official tuition. But the general effect is pretty clear: When someone else is paying part of the tab, consumers do not worry as much about the cost, so the cost tends to be higher. This phenomenon creates a vicious circle in which subsidies push up prices, leading to demands for increased subsidies, which push up prices again.

Although subsidizing college degrees no doubt has produced more of them, this effect has not been as dramatic as is commonly assumed. "The large majority of the rise in higher education participation in America occurred before there was a major federal financial involvement," economist Richard Vedder noted in a December speech at the Heritage Foundation.

To the extent that rising subsidies since the 1970s have encouraged people to enter college who otherwise would not have, that is not necessarily a good thing. Citing low completion rates, Vedder argues that "we probably have over-invested in higher education," attracting marginal students who never graduate.

Which makes sense, since anyone who can finish college and reap the typically large returns from doing so should be able to finance tuition through market-rate loans, private aid or some combination of the two.

The nonfederal market, which already accounts for a rising share of student loans, could be augmented by human capital contracts, under which students agree to pay a percentage of their future earnings in exchange for tuition money.

First suggested by the economist Milton Friedman half a century ago, such contracts reduce risks for lenders, especially when combined and sold as shares in an investment fund. They help borrowers with no collateral tap the added income they expect to earn with a college degree.

Given these alternatives, government aid is necessary only when the investment in college tuition is not economically viable. It makes sense only when it doesn't.

Did Democrats “Outside” The Biden Campaign Sabotage Him By Pushing Kamala Harris as VP?
Redstate
Eric Trump posted a video of Robin Williams joking about Biden, then Zelda responded
Hotair