Jack Kerwick
|
Posted: Jun 22, 2018 1:09 PM
Share   Tweet
The opinions expressed by columnists are their own and do not necessarily represent the views of Townhall.com. 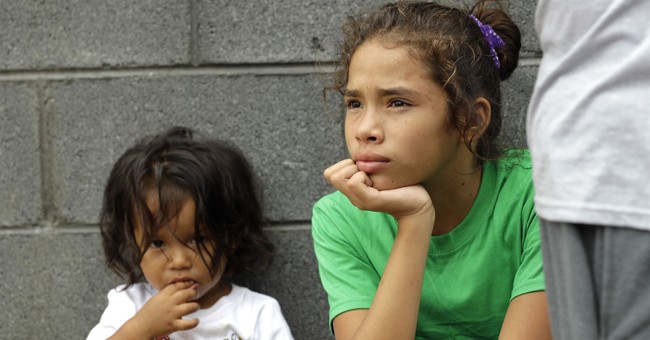 Unfortunately, Fake News is alive and all too well.

This was witnessed in spades this past week as the Fake News media lied through its fangs about the president on immigration.

The Fake Newsies, at least 90% of whom are Democratic Party operatives, waxed hysteria over the separation of Hispanic children from their immigrant parents, i.e. those who entered America illegally through the southern border.

Of course, the blame for all of this was laid at the feet of the president, who was excoriated by his political enemies in Washington D.C. and their apologists and fellow partisans in the Fake News industry for his “zero tolerance” policy.

By now, any remotely honest observer of the political scene should know that the truth is profoundly otherwise than what fake journalists and commentators would have us think.

First, the “separation of families” for which Trump is being blamed is a feature of a policy that was passed by a Democrat-controlled Congress and signed into law back in 2008 by George W. Bush.  This policy was continued throughout Barack Obama’s two terms.

In fact, many of the emotionally-charged photos of detention facilities circulated by the Fake News media that were designed to convict Trump of heartlessness were taken while Obama was president.

This is one crucial respect in which coverage of this issue reveals itself for the Fake News that it is.  Yet it is certainly not the only respect.

Second, that for a decade—the decade that their fellow partisans held control of the levers of power in D.C.—fake journalists didn’t utter a peep about this policy for which they are now blasting Trump proves that they are cooking a controversy for partisan political purposes.

This isn’t journalism. It is advocacy. It is political.

Third, the vast majority of those crying over the “separation of families” have spent decades undermining the sanctity of the family at every conceivable turn.  The idea of “traditional family values” is one upon which this crew has set its sights with a vengeance.  They have not only mocked and ridiculed all things religious (and, particularly, Christian), they have aggressively sought to fundamentally transform the entire cultural and legal landscape.

Those who have just now discovered the sanctity of the family—and make no mistakes, when they shed their tears (however fake, like their news, these tears undoubtedly are), they imply their recognition of this spiritual and moral reality—have campaigned inexhaustibly for such family-crippling things as: no-fault divorce; de-stigmatizing both co-habitation outside of marriage and illegitimacy; sexual promiscuity; free contraceptives; the empowerment of the State (Child Protective Services) to remove children from their parents, i.e. to “separate families”; the empowerment of children to divorce their parents; the elevation of homosexuality as something to be celebrated as a viable alternative to heterosexuality; and so-called “same-sex marriage.”

Most importantly, these same people who are now crying over children being separated from their parents have been championing the “right” of mothers to kill the children in their wombs, children who, at that stage in their development, literally have no one to sustain them but their mothers.

Fourth, as President Trump said three years ago when he announced his bid for the presidency, some of those crossing our southern border are bad people.   Border agents, among the bravest and most patriotic of Americans (and many of whom happen to be Hispanic), have readily attested to the truth of Trump’s statement.

People who resolve to undermine a nation’s sovereignty by breaking its most fundamental of laws are willing to do virtually anything else to fulfill their desires.  It is understandable that they should want to leave their home countries and come to America so as to provide a better life for themselves and their families. But unless it is morally permissible for one’s personal happiness to be purchased at any and all costs—unless the ends always justify the means—this doesn’t change the fact that such people disrespect America and her citizens when they invade our country.

The point, here, is that these people have also sent their children—some as young as four years-old—across multiple countries, in some cases, and extremely dangerous terrain just so that they can eventually get here. Parents have given their young daughters contraceptives in the expectation that these girls would be raped by human predators.

American-born children can and have been separated from their American-born parents for offenses that pale in comparison to such egregious abuses.

Recommended
Even with Top Democrat Walking Back Acquitting Trump, Impeachment Still Could Be Heading Toward Total Disaster
Matt Vespa

And it isn’t just parents who have weaponized children in this way.  Many of the “parents” and other adult “relatives” aren’t related to these kids at all.  The US government is trying to protect these children by making sure that they aren’t released into the custody of negligent, abusive, criminal adults.

Finally, during a conversation with Democrats and some Republicans over immigration policy some time ago, Trump was said to have referred to some Third World countries from which his opponents wanted to encourage more immigration from as “shitholes.” For this, the Fake Newsies (but few others) took him to task.

At the same time, most of these left-wing Democrats in the Fake News media and elsewhere are tirelessly complaining about the “white privilege,” “institutional racism,” and “white supremacy” of America, or, as those on the left have not so affectionately referred to it, “AmeriKKKa.”

This latest episode in the Fake News media’s efforts to destroy Trump would have caused more thoughtful, or more honest, people to suffer a massive dose of cognitive dissonance: On the one hand, there has been occurring for many years a mass exodus of millions of non-white people from their home countries from all over the world.  On the other hand, these same people are risking their own lives, yes, but the lives of their children to flee to…a “white supremacist” country.

The “fascists” of AmeriKKKa are intent upon building a wall, true, but to prevent people from, not leaving, but entering, specifically, entering illegally.

A historically white country which remains majority-white and which the American-born left continually derides as “racist” is, in reality, the salvation of the world’s non-white peoples. This, at any rate, can only be the view held by those who are willing to do anything and everything to get to America.

But don’t expect for the Fake News media to say so.