The Treats to Our Markets 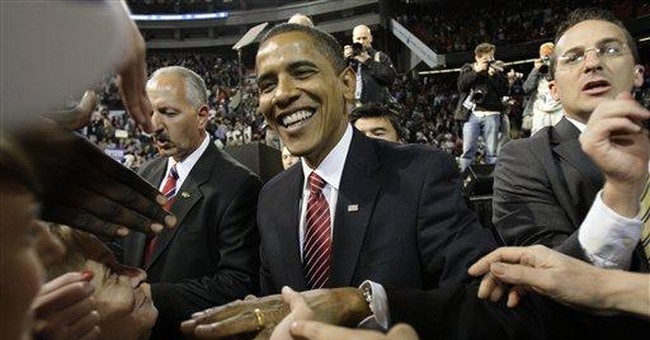 Are Barack Obama's proposed tax increases adversely affecting our financial markets? We say yes, unambiguously. The senator has done a masterful job distracting attention from his tax increases with his $500-per-worker tax credit supposedly for 95 percent of Americans.

Obama has also set forth more than half a dozen additional refundable income tax credits targeted to low- and moderate-income workers for child care, education, housing, welfare, retirement, health care and other social purposes. These tax credits are devised to phase out based on income, which will ultimately increase marginal income tax rates for middle-class workers. In other words, as you earn more, you suffer a penalty in the phase-out of these credits, which has the exact effect of a marginal tax rate increase. That harms rather than improves the economy.

With the bottom 40 percent of income earners in America not paying any federal income taxes, such tax credits would not reduce any tax liability for these workers. Instead, since they're refundable, they would involve new checks from the federal government. These are not tax cuts as Obama is promising. They are new government spending programs buried in the tax code and estimated to cost $1.3 trillion over 10 years.

Obama argues that while these workers do not pay income taxes, they do pay payroll taxes. True — but his planned credits do not involve cuts in payroll taxes. They are refundable income tax credits designed solely to redistribute income and "spread the wealth."

Meanwhile, Obama has proposed effective tax increases of 20 percent or more in the two top income tax rates, phasing out the personal exemptions and all itemized deductions for top earners, as well as raising their tax rates. He wants a 33 percent increase in the tax rates on capital gains and dividends, an increase of 16 percent to 32 percent in the top payroll tax rate, reinstatement of the death tax with a 45 percent top rate, and a new payroll tax on employers estimated at 7 percent to help finance his health insurance plan. He's also contending for higher tariffs under his protectionist policies.

Finally, he would increase corporate taxes by 25 percent, even though American businesses already face the second highest marginal tax rates in the industrialized world, thus directly harming manufacturing and job creation while weakening demand for the dollar.

Obama argues disingenuously that his tax increases would only affect higher-income workers and "corporate fat cats." But it is precisely these top marginal tax rates that control incentives for savings, investment, entrepreneurship, business expansion, jobs and economic growth. While he wants to tax the rich, the burden will fall on the poor and the middle class.

In their new book, "The End of Prosperity," Art Laffer, Steve Moore and Peter Tanous argue that the threat of this tax tsunami is already destabilizing our financial markets and causing capital flight from America. They write, "Hot capital is escaping over the borders out of the United States and flowing into China, India, Europe, and even Japan. ... [S]tarting in late 2007, foreigners started pulling their money out of the United States, and Americans started investing more abroad. Global investors are losing confidence in the U.S."

The American economy was in shambles when Reagan entered office in 1981. Inflation had soared by 25 percent over the prior two years, unemployment was heading toward 10 percent, the prime interest rate hit 21 percent, poverty was on a 33 percent upswing and real family income had decreased by almost 10 percent due to the stagflation of the late 1970s.

The result, the authors explain, was actually a 25-year, non-inflationary economic boom, with only two brief, mild recessions in 1990 and 2001. They write: "We call this period, 1982-2007, the 25 year boom — the greatest period of wealth creation in the history of the planet. ... Adjusting for inflation, more wealth was created in America in the 25 year boom than in the previous 200 years."

By 1989, the economy had grown by almost one-third, the equivalent of adding the entire economy of West Germany to our U.S. economy. In 1984 alone, real economic growth boomed by 6.8 percent, the highest in 50 years. Nearly 20 million new jobs were created in the 1980s, increasing U.S. civilian employment by almost 20 percent. Unemployment fell to 5.3 percent by 1989.

Spectacularly, inflation was slashed to 3.2 percent by 1983. The prime rate fell to 6.25 percent by 1992, even though opponents had argued that Reagan's tax cuts would increase interest rates. Family income reversed its decline, poverty reversed its rise, and tax revenues actually doubled.

This is the Change We Need today.

Secretary Jack Kemp is founder and chairman of Kemp Partners. Peter Ferrara is director of entitlement and budget policy for the Institute for Policy Innovation, and formerly served in the Reagan White House.