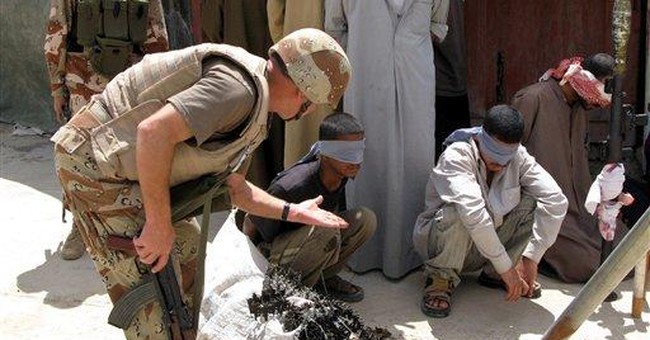 Last week in this space, prior to the Reagan Library debate by the GOP presidential candidates, I wrote about what I thought Ronald Reagan would do to encourage and expand our economy in the challenging months and years ahead. This week, I'm focusing on a "Reagan-like" foreign policy for the 21st century. Yes indeed it's presumptuous to speculate about what Reagan would do, but that's what "old quarterbacks" (and "old HUD Secretaries") do these days.

First of all, I believe he would quickly move to expand our military, particularly our "special forces," using all the incredibly new technology available to defend our homeland and protect our servicemen and servicewomen who are in harms way.

Secondly and equally swift, he'd reach out to friends and potential friends to rebuild that coalition of nations he and George H.W. Bush put together to help end the Cold War so successfully and that brought down the Berlin Wall without firing a shot.

As a conservative, Reagan would be cautious, prudent and truly wise in seeking peace, but only through strength on all fronts, i.e. economic, diplomatic and military. In my mind, to fast forward this, he'd have strongly supported the Bush administration's liberation of Afghanistan from the al-Qaida-backed Taliban.

I also believe Ronald Reagan would have found a true soul mate in Hamid Karzai, the president of Afghanistan, and then taken steps to help rebuild, reform and reconstitute a prosperous, private enterprise-friendly and secure Afghanistan, trading freely and openly with its neighbors and the West. All trade barriers to Afghanistan commerce would be eliminated for at least 25 years.

Reagan believed that where trade, investment and commerce cross borders, armies won't have to.

Well, here we are, May 2007, with Gen. David Petraeus and 160,000 troops trying to pacify both Baghdad and Al Anbar province, while Secretary of State Condoleezza Rice and Defense Secretary Robert Gates seek to engage Syria, Iran and our Arab friends in the region in hopes of working out diplomatic solutions. While Harry Reid, the Senate majority leader, says "we've lost," and House Speaker Nancy Pelosi pre-empts Bush's diplomatic efforts in Damascus, Reagan would, as did Winston Churchill in the 1930s, decry "these Neville Chamberlain-like" moves by "the Left" to set timetables and benchmarks while micro-managing our commanders in the field.

If Ronald Reagan were president today he would welcome Angela Merkel of Germany and especially Nicolas Sarkozy, president-elect of France, along with Great Britain and others to a summit aimed at working out a new 21st-century plan of action that would initiate market-oriented economies for Central Asia and the Middle East. He believed that free markets and free people were the greatest resource the world could have in building a newer and more orderly world trading system.

Government programs and military might alone, however, cannot establish the conditions necessary for economic growth to occur and for democratic self-rule to take root in these troubled lands. There are, to be sure, several critical activities and services that only government can undertake, such as providing large-scale financial assistance and re-establishing order and security, being primary among them. But even with such fundamental public-sector responsibilities as providing security, national governments cannot go it alone; they cannot succeed without a cooperative and vibrant private sector and a strong system of local governance working beside them.

Reagan believed the transformation to democratic capitalism can be accelerated but it will require careful and delicate nurturing and cultivation of the human spirit. For when the human spirit has been damaged by years of tyranny and terror, it is necessary to give people special attention and assistance to help heal their wounds, restore their confidence and give them a leg up on the road to economic success. That is what America did in Europe and Japan after World War II, and it will be necessary again today in Central Asia and the Middle East.

To the extent that Afghanistan and Iraq are more difficult challenges than postwar Europe, however, it is more reason, not less, to tackle the problem of reconstruction with resources and reform. American failure in Iraq not only would damage the prospects for Middle East peace, but also deal a crippling blow to the war on terrorism and American economic leadership throughout the world. We cannot afford to fail.