An opportunity to expand civil rights 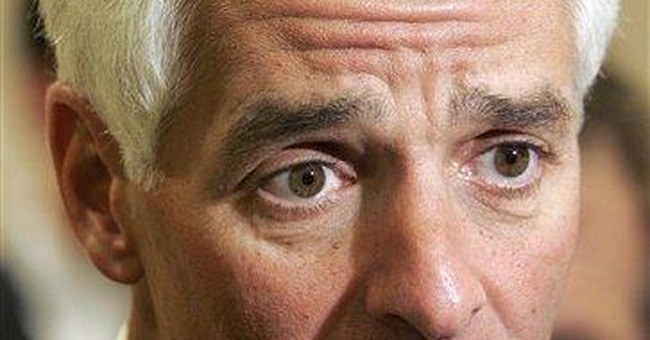 The Maryland Legislature recently passed a law restoring the right to vote to all ex-offenders who have fully completed their sentences and finished parole and probation, with the exception of people convicted of election fraud. And in Florida, Gov. Charlie Crist and his Cabinet took the first steps toward ending the civil rights crisis in that state by proposing new rules to restore the civil rights (including the right to vote) for ex-offenders.

These are important developments that deserve support, but the effort is far from over. The Maryland bill still awaits Gov. Martin O'Malley's signature, the complexity of the new Florida rules are cause for concern and millions of Americans in other states who have paid their debt to society are still excluded from participating in the most fundamental exercise of any democracy - the right to vote.

In Maryland, where I have lived since 1971, an estimated 50,000 citizens, despite the fact that they have completed their criminal sentences and are responsible, law-abiding taxpayers in their communities, still cannot vote. If signed into law, the Maryland Voter Registration Protection Act would change the state's outdated rules that bar even people who commit misdemeanors, which are less serious crimes, from voting. In fact, Maryland is one of only two states that disenfranchise people for committing those minor crimes even if they never serve a day in jail.

Simply put, it is now time to move Maryland into the mainstream by restoring voting rights to people after they have fully completed their criminal sentences.

In Florida, Crist's desire to change that state's Civil War-era disenfranchisement policies is admirable and long in coming, but the proposed rules still fall short of a truly fair, effective and automatic plan to restore the right to vote.

Along with Kentucky and Virginia, Florida stands alone in permanently disenfranchising ex-offenders for life, even after they have completed all terms and conditions of their sentence and post-incarceration supervision. Its disenfranchisement laws affect nearly 1 million Floridians - that's one out of every 15 men, women and children. In Florida, people with past felony convictions lose not only the basic right to vote, but also the right to run for public office, sit on a jury, hold numerous occupational licenses and in many cases even get a decent-paying job.

The problem is that Florida's newly proposed clemency rules fail to explicitly address how to treat literally hundreds of thousands of currently disenfranchised ex-felons who already have completed their sentences and are law-abiding taxpayers, living and working in their communities. The governor's office has said that the State Department of Corrections will try to be proactive in assisting these individuals by transmitting their records to the Florida Parole Commission for processing. But this still falls short of a truly fair and effective plan to restore the right to vote.

The new process is made additionally unfair by the rule that all ex-offenders who owe restitution will remain ineligible for civil rights restoration.

I applaud Crist and his Cabinet as they continue to work on comprehensive civil rights restoration reform. The effective reintegration of ex-offenders, as well as basic principles of democratic fairness, dictate that Florida should adopt a truly automatic, paperwork-free rights restoration process for all Floridians who have completed their sentences. It also should remove the financial barriers to restoration of civil rights.

It is a matter of simple fairness that once a person has completed the entire sentence, his or her rights should be restored. My experience visiting prisons, including one in Florida, and that of my wife as a member of Prison Fellowship, Chuck Colson's wonderful (and very effective) ministry, convinces me that being able to start with a clean slate after fully completing one's sentence provides an important element of hope during incarceration. I am further convinced that the ability to fully participate as a productive citizen - including becoming a full voting member of society - reduces the rate of recidivism and is an incentive for those in prison to change their behavior for the good.

Maryland is poised to abandon its voting bans, and Florida has taken an important first step. Now other states - especially Kentucky and Virginia, the last two states that permanently disenfranchise ex-offenders for life - should take action. As a member of the party founded in large part by Abraham Lincoln, I'm proud to stand in favor of this historic civil rights reform.