A Tale of Two Speeches

Jackie Gingrich Cushman
|
Posted: Apr 21, 2016 12:01 AM
Share   Tweet
The opinions expressed by columnists are their own and do not necessarily represent the views of Townhall.com. 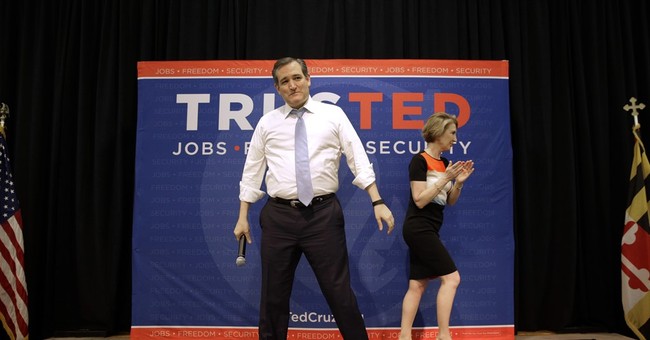 Donald Trump gained a commanding win in New York this week, picking up 89 of the 95 New York state Republican delegates. The win brought his total delegate count to 845, or 68 percent of the 1,237 delegates needed to clinch the nomination. It was an important night for Trump, and brought him much closer to becoming the Republican nominee.

Trump, speaking from Trump Towers, was gracious and restrained, focusing on the primary and securing the nomination.

"I want to thank my team, it's evolving," he noted, in reference to recent staff hires.

He then moved to economic concerns. "We are going to use our great business people to negotiate unbelievable trade deals...we are going to keep the jobs here."

He then displayed his toughness, not just on trade, but on national defense. "Nobody is going to mess with us."

Regarding domestic issues, Trump said Obamacare is going to be "repealed and replaced." He then turned to the next stage of the primary. "We are going to have an amazing number of weeks."

Trump then came back to his big victory in New York. "It's really nice to win the delegates with the votes," he noted in a side jab to the attempts by Sen. Ted Cruz of Texas to have his supporters win the delegate slots in states where Trump won the popular vote.

Finishing with a nod to the next stretch, he said, "I want to thank everybody. We celebrate and tomorrow morning we go back to work."

Trump's speech was short, gracious and presidential -- a sure sign that he is focused on securing the nomination.

Cruz, who came in third in the New York primary, is second in the delegate race with 559 delegates, representing only 45 percent of the number of delegates needed for nomination.

Cruz, knowing he was not going to fare well in New York, was in Pennsylvania on Tuesday night speaking at the National Constitution Center. Rather than mention Trump or Clinton, as he has recently, Cruz focused on delivering a positive vision for America, taking a phrase from President Obama's campaign, "Yes, we can," and transitioning it to "Yes, we will."

Attempting to reestablish his position, he said, "I am an outsider, Bernie Sanders is an outsider." That is a fascinating assertion, given that Cruz is a sitting senator, and the current Establishment pick to be nominee.

"Are America's greatest generations in our past?" he asked. "Or are our best days yet ahead?" He was asking not only for party unity, but for unity of the country.

Cruz attempted to paint an optimistic vision of the future of our country. "One where we still have differences, yet we choose to concentrate on what we have in common. One that lifts others up and believes in the rights, responsibilities, goodness, and strength of all mankind."

Drifting into sermon territory, Cruz went so far was to promise, "We will heal the sick, feed the poor, and defend the defenseless.".

His final line: "And now my friends, onward to victory." Cruz and his staff may have believed that he was talking about the 2016 Republican nomination, but that was not what I heard. To my ears, he was kicking off the next phase of his career.

This week, Trump came across as presidential and gracious, and Cruz did an about-face with a potential relaunch of his next race -- four or eight years from now.