First a Failure of Imagination, and Now a Lack of Understanding 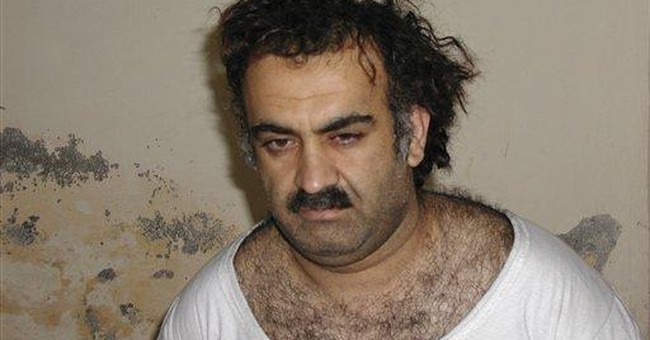 Nine days after the attack, President George Bush laid out his view of the attack in no uncertain terms: "On September the 11th, enemies of freedom committed an act of war against our country," he said to a joint session of Congress.

In contrast, the current administration has determined that we are no longer engaged in a war on terror, and that those who were involved in Sept. 11, 2001, should be tried in a civilian court.

"The president does not describe this as a 'war on terrorism,'" John Brennan, head of the White House homeland security office, told The Washington Times in August. Brennan said the administration was using the phrase "at war with al-Qaida."

The scope of the war has been narrowed by the current administration.

Our enemies might not care how we define this conflict. But our nation should care, because that definition helps determine our strategy moving forward. It affects our military strategy as well as the political, economic and communication strategies necessary to win.

The Obama administration's attorney general has determined that those who allegedly committed the act of war against our country should be tried in New York City in federal court. "The Department of Justice will pursue prosecution in federal court of the five individuals accused of conspiring to commit the 9/11 attacks," announced Attorney General Eric Holder last week.

This prosecution involves Khalid Sheikh Mohammed and four other detainees at Guantanamo who have been charged before military commissions with helping plan the attacks: Walid Muhammed Salih, Mubarak Bin Attash, Ramzi Bin Al Shibh, Ali Abdul-Aziz Ali and Mustafa Ahmed Al Hawsawi. These men were caught and investigated based on the trial being held in a military tribunal.

Why does this matter? Because prosecutors follow different procedures based on where the trial is to be brought. In addition, this approach might possibly lay bare classified sources and methods of our national security community.

"KSM and his co-defendants will enjoy the benefits and rights that the Constitution accords to citizens and resident aliens," wrote John Yoo, law professor at the University of California, Berkeley, in an op-ed in this Sunday's Wall Street Journal, "including the right to demand that the government produce in open court all of the information that it has on them, and how it got it.

"Prosecutors will be forced to reveal U.S. intelligence on KSM, the methods and sources for acquiring its information and his relationships to fellow al Qaeda operatives. … It will enable it to detect our means of intelligence-gathering, and to push forward into areas we know nothing about."

This move to federal courts changes the rules of engagement in favor of those who have publicly stated that they want to destroy us. Whether we use military tribunals or civil courts, the terrorists' long-term goal will remain the same -- to destroy us. But the administration's use of civilian courts may compromise our national safety.

The Obama administration's decision opposes the wishes of the American people. According to a CNN/Opinion Research Corporation Survey released this week, "Two-thirds of Americans disagree with the Obama administration's decision." Instead, "the poll indicates that 64 percent believe Mohammed should be tried in military court, with 34 percent suggesting that he face trial in civilian court."

The American people appear to understand by an overwhelming margin that the attack was an act of war and that the people who masterminded the attack are unlawful enemy combatants.

After Sept. 11, 2001, a commission was established to investigate the circumstances surrounding the attack. When the 9-11 commission report was published, it said, "The most important failure was one of imagination." It added, "We do not believe leaders understood the gravity of the threat."

Unfortunately, it appears as though in addition to a failure of imagination, our current leaders have a lack of understanding.