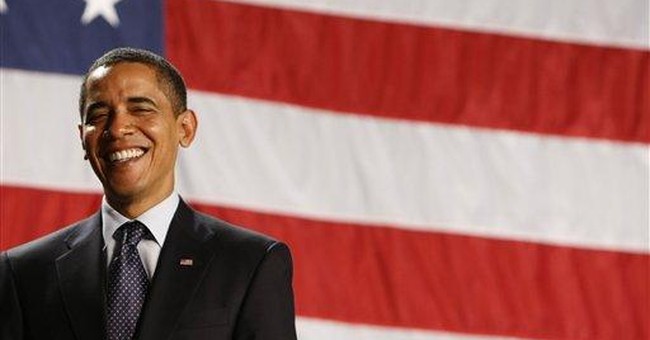 The Obama administration’s attempts to divert attention by manufacturing controversy over who was in charge of the Republican Party and to defend proclaiming the 2009 spending bill “last year’s business,” did not work.  The Democratic House passed the $410 billion spending bill with 20 Democrats voting against.  However, the Democratic Senate was not able to deliver the votes needed to pass the bill.

These attempts at diversion and defense remind me of tactics used in the movie Star Wars.

The Death Star, believed by the federation to be invincible, is moving into position to destroy the planet housing the rebel base.  Several rebel fighter squadrons are sent to destroy the Death Star before it can destroy the planet.  The ventilation shaft, which they have determined will set off a chain reaction if hit, is located in a canyon, which is guarded by armed towers and federation tri-fighters.  The rebel Gold Squadron leader, flying an X-wing, attempts a run at the target, reminding team members to “stay on target.”  While he is able to stay on target, the federation fighters come from behind and destroy the Gold Squadron.

Rebel pilot Luke Skywalker takes a high-speed run at the target, which he declares to be “just like Beggar’s Canyon back home.”  As his ship becomes a target for Darth Vader and his wingmen, Hans Solo and the Millennium Falcon come from behind and provide Luke the cover he needs to take the shot that destroys the Death Star just as it comes into range and powers up to destroy the planet. (Sorry to those of you who haven’t seen the movie).

The lessons from this scene: nothing is invincible; stay on target while ignoring diversions; teamwork can outmaneuver defense.

How does this apply to President Obama? In his case, the diversion is the attempt to manufacture controversy over who is in control of the Republican Party.  What better way to deflect focus from Obama signing the 2009 spending bill, passed by the Democrat- controlled Congress and which (according to Taxpayers for Common Sense) includes $7.7 billion of earmarks, than by pointing at the other team and yelling – “Who is in charge?”

Obama campaigned against earmarks, yet publicly pledged to sign the spending bill.  So what the administration needs is diversion, diversion, diversion.  The idea is “Let’s focus the media somewhere else, because if they look this way they might notice.”

On top of diversion comes defense.  The Obama administration’s claim that the 2009 Omnibus Budget Bill, yet to be signed, is last year’s business, is an attempt to look pristine.  If you look closely, the administration comes off looking more irresponsible than pristine. With leadership comes responsibility.  If you claim you’re not responsible, it’s impossible to be a leader.

The sales pitch? That Obama would pass earmarks now, but limit congressional earmarks in the future.  What they mean is that Obama has ceded this round to the Democrats in Congress, but will take the next round.

But that outcome of the next round might not be as easily achieved as the White House asserts.  House Majority Leader Steny Hoyer staked out Congress’ position on earmarks when he said, "I don't think the White House has the ability to tell us what to do."

And don’t lose sight of the fact that the bill includes earmarks for White House officials, too.  CNN reported that the bill includes “$750,000 for a University of Delaware program requested by Vice President Joe Biden when he was a senator, and $900,000 for a planetarium in Chicago, Illinois requested by Obama's Chief of Staff Rahm Emanuel, when he was a Democratic congressman from Illinois.  According to Taxpayers for Common Sense, the earmarks associated with Emanuel total to $8.5 million.

With those facts in place – diversion and defense may be the best play for the Obama administration. After all, who wants to say he can’t get his party to pass a bill without earmarks and he really wishes his staff hadn’t stuffed in all that pork?

The Republicans’ challenge is to stay on target, and ignore the diversions and defense.  It’s just like Beggar’s Canyon back home – if the American people are scrutinizing every dollar they spend – shouldn’t our government do the same?