Labor Day and the Value of Work 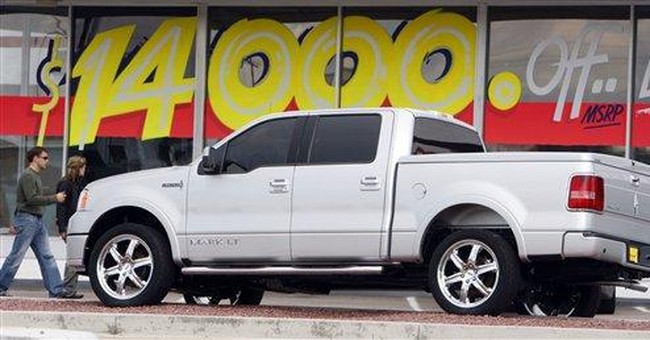 My first paying job was cleaning the bathrooms at the First Baptist Church of Carrollton, Ga., where I was a member.  I was 14, the minimum age for “children” to work.  This was neither glamorous nor exciting work, but useful and needed work.  I can remember overhearing the “little old ladies” of the church commenting on the cleanliness of the bathroom - and my subsequent feeling of pride.  My actions were helpful and appreciated by those in my community.  For providing this useful service I earned minimum wage in 1981, based on the number of hours I worked.  The money I earned was spent on normal teenage items:  clothes, movies and eating out.

This week marks our nation’s observance of Labor Day.  For many, this is the mark of the transition from summer to fall.  Schools begin and football transitions from pre-season to regular season.  For those of us raised in the South, Labor Day also represents the time to store your white shoes and handbags and to pull out fall clothes.

However, Labor Day was first instituted as a celebration of the working man and in recognition of the labor movement.  The nation’s first Labor Day event was held on September 5, 1882, in New York City, where more than 10,000 people took an unpaid day from work and marched from City Hall to Union Square in a visual display of the might of the American worker.

The working conditions of the late 19th century were very different from those of today.  As the economy transitioned from agrarian to industrialized, workers had little control over their job conditions. Industrial workers often worked 12 hours a day, six or seven days a week just to get by (72 to 84 hours per week).  Young children often worked in dangerous industrial jobs.  This environment led to the labor movement and a demand for better conditions and better pay.

With the growth of the labor movement, the idea and observance of Labor Day grew rapidly, spreading from New York to other cities and states.  Oregon was the first state to pass an official observance of Labor Day, in 1887.  Other states rapidly followed, with 24 states passing laws by 1894.  That year Congress passed a bill declaring the first Monday of September to be Labor Day .

Labor Day was originally promoted to celebrate the American worker and the labor movement. The Department of Labor Web site describes the first celebration as “a street parade to exhibit to the public the strength and esprit de corps of the trade and labor organizations of the community, followed by a festival for the recreation and amusement of the workers and their families.”

America was built on hard work and the belief that hard work brings progress.  Today, this work ethic is still part of our national makeup.  According to the US. Census, there are 154 million Americans 16 and older in our nation’s labor force, (82 million men and 72 million women).  There are 43 million Americans who work more than 40 hours per week, and 12 million who work more than 60 hours per week.  Almost 17 million Americans leave their houses between the hours of midnight and 6 am to commute to work in the dark.  These numbers reflect a population that works hard, and values hard work.

This leads to the question of why do we work?  For money, to contribute to society, and possibly to create something that is useful to another human being.  While we often focus first and most on making money, good work might be defined as creating a good, or being of service, thereby providing value to others.

These days, the Labor Day holiday, rather than celebrating work and labor, appears to be a celebration of American consumerism and retail.  Labor Day sales and promotion of consumption are visible throughout all media outlets.  It is easy to get caught up in the sales of the moment and forget about the people and process that brought the goods and services to market.

This year, as part of your Labor Day observance, remember that hard work is to be respected and appreciated, and that the underlying purpose of work is to provide value to others.  Be impressed not with a fancy title or corner office, but with the outcome of a person’s work, and remember to thank those who provide the goods and services that make your life better.