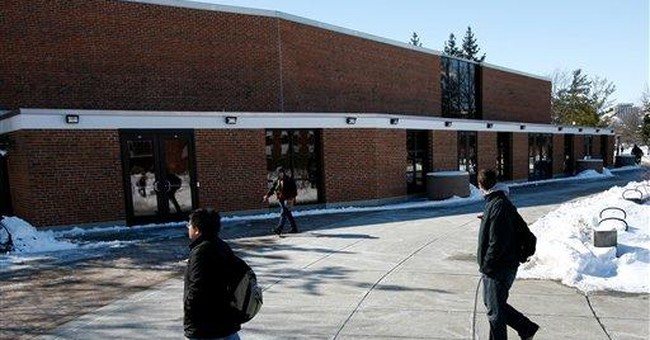 This past week, I joined 34 students in Fairburn, Georgia for a ceremony celebrating their completion of the Learn and Earn pilot program in math and science.  For 15 weeks, these students in the Fulton County School System had been participating in after-school tutorial sessions conducted by the Learning Makes a Difference (LMD) Foundation, which I helped found in 2006.  This assistance could not have come too soon for these students who, prior to their involvement in the program, had been struggling with a C or lower in these courses.

There was much to celebrate. All 34 of these participants have improved their scores in math and science.  The students cheered for each other as they came up to the front of the media center at Creekside High School to be recognized. It was exciting to see their support and encouragement for each other as well as the value they place on academic achievement.

The stories I heard during the event were inspiring.  A teacher related how one student who initially sat in the tutoring session, book closed, not interested or involved – is now actively engaged in learning math.  The teachers told stories of participating students who had been contemplating dropping out of school, but who are now determined to graduate.  Several parents approached me at the end of the celebration and told me that the program had turned their child around.

It is thrilling to be involved in a program that provides students with the opportunity to realize their potential.  About eight weeks into the program, one student told me, “I was failing.”  The key word in the sentence is “was.” He is now passing math.  He believes he can succeed and is excited about learning.  In addition, he has saved money earned in the Learn and Earn program for his college fund.  To see his face light up as he talks about his grades is a beautiful sight.

In addition, students are dropping out of school at alarming rates.  "Cities in Crisis: A Special Analytical Report on High School Graduation," by Christopher B. Swanson, Ph.D,     in 2008 reports nationwide high school graduation rates at only 69.9 percent.  Georgia lags even that, with a graduation rate of 56 percent.  The Alliance for Excellent Education (AEE) states, “Each year over 59,300 students in Georgia do not graduate.”  The cost to Georgia?  More than $15.4 billion in lost wages, taxes, and productivity over the lifetimes of the 2007 dropouts alone.

This affects the student even more than it affects society.  In his piece, “Learning and Earning,” Christopher Swanson, (Education Week, June 12, 2007) reported that, on average, students who graduate from high school with no further education earn 42 percent more than those who do not graduate.  Clearly, it is in the students’ best interest to graduate from high school, even if they go no further.

The Learn and Earn, program is funded by Aaron Rents founder and CEO Charlie Loudermilk, through the LMD Foundation, and championed by Fulton County Commissioner Robb Pitts. It replicates what many parents do by providing incentives for academic performance.

Learn and Earn’s key components include:

As one of the instructors noted, the cash was the incentive that “hooked” the students into participating, but it was the student/ teacher interaction that motivated them to stay and learn.

The Learning Makes a Difference Foundation, which focuses on innovative learning programs, tries ideas that others won’t. It acts as an incubator of ideas, creating, implementing, and testing new initiatives and partnering with existing non-profits to implement proven ideas.  With large foundations focusing on proven programs, the LMD Foundation functions as a venture non-profit, funding pilot programs that include results tracking.  The LMD Foundation is funded by corporations, individuals and foundations.  The statistical report by EmStar Research regarding the Learn and Earn pilot will be completed this summer and available on www.lmdfoundation.org.

I have a few takeaways from this pilot program:

1)                 While public schools often get bad press, there are numerous teachers and administrators who are dedicated and impassioned to help students learn.  It was a pleasure to work with people who are enthusiastic about education.

2)                 With incentives, support and encouragement, students who were underperforming can become engaged, impassioned and excited about learning and improving their academic scores.

3)                 Having a group structure helps.  The students bonded and encouraged each other, and as a teacher related, often learned from one another.

The experiment generated enormous interest and some disagreement over how best to motivate students to learn. This is a needed discussion.

We often look for system-wide answers to the education problem, and forget that students learn from teachers, not systems. Since every student is different, it is unlikely that any one program will meet all students’ needs.  The final report on Learn and Earn is not yet written, and we don’t expect it to be “the” answer, but it is a building block towards answering the question: how do we create desire, motivation and engagement among students so they are eager to learn?

That is a question worth asking, and trying to answer.