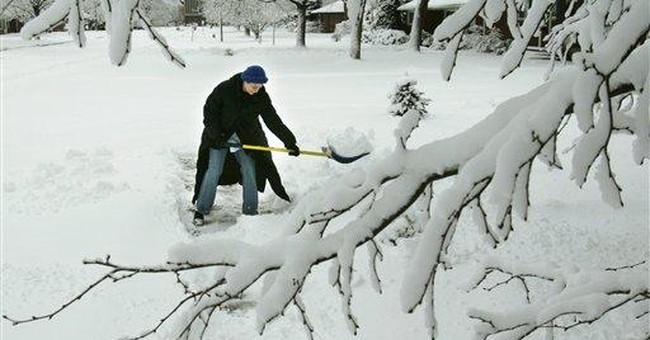 It’s January, the time to start over with New Year’s resolutions, projects and plans.

First, let’s review a bit from last year: 2007 included news about sub-prime mortgage defaults, high levels of obesity, sleep deprivation and its impact and a teenage pop star being pregnant.

One might say that today’s events could have been predicted.

When you purchase a home with little to no money down, no credit history and no guarantee of income, it should come as no surprise to your lender when you can’t keep up with the payments.

If you eat a lot of fast food, drink a lot of soft drinks and rarely exercise, there is a pretty good chance that you will become overweight.

If you do not get enough sleep or good quality sleep, it should come as no surprise if you become sleep deprived and unable to function at your peak performance level. A recent report in the Proceedings of the National Academy of Sciences finds you might also be more susceptible to diabetes.

I won’t mention what activity leads to teenage pregnancy – if you’re not sure, ask your mother.

While some outcomes might have been predictable, that fact did not curb our behavior.

As a subscriber to Wordsmith.org’s a.word.a.day newsletter, I receive e-mails with words and definitions.  Last week, two of them resonated as examples of where we might be as a society: adultescent and chav.

Adultescent (uh-duhl-TES-uhnt), noun, is “an adult whose activities and interests are typically associated with youth culture.”

Chav (chav), noun, is “A youth whose behavior is marked by ignorance, aggression, and a fondness for jewelry and clothing.”

At times it appears as if our society is chasing after youth culture, hoping that we can stay forever young, often acting as chavs rather than adults.

After all, being responsible is often thought of as dull, boring and old fashioned.  While this might be an acceptable excuse for the teenage pop star, it wears a bit thin for those of us over 25.

Joel Kotkin’s end-of-the-year Washington Post article, “Playing That '70s Funk Again, But Not in a Good Way,” outlines his view that the economy, foreign competition, political and business climates and the environment are all in crisis.  He compares today’s current feeling to the malaise of three decades ago.

I can remember the high gas prices (and long lines), the headlines that focused on stagflation.

As Kotkin notes and those of us who have been around a while know from experience, nothing lasts forever.  “The '70s didn't last forever. In the two decades that followed, minus a brief break in the early 1990s, the United States experienced pretty consistent economic growth. The scariest bogeymen of the 1970s -- Japan, the European Union, the Soviet Union -- all fared much worse.”

Possibly it was American determinism and persistence that made the difference in the 1980’s.  We continued to work, undeterred by setbacks or delays, putting our heads down and moving forward if at a barely discernable pace.

As humans, we all make mistakes; we all suffer setbacks and often fall short of our goals. The prize does not necessarily go to the person who never fails, but to the person who, once having done so picks himself up and moves forward.

He does not include the persistence and optimism of the American people, as a factor that propelled America after the 1970’s but references optimism later in the article.

“Our biggest challenge may be on the political front,” continues Kotkin. “We got out of the dismal 1970s with Ronald Reagan's ‘morning in America’ rhetoric. However hokey and overblown, it seemed to lift the country's spirits.”

His comment provides perspective on last week’s results for the Iowa caucuses.

Mike Huckabee and Barack Obama won the Republican and Democratic caucuses.  Both men have focused on hope and inspiration rather than fear and desperation.  In fact, each candidate has written a book that includes the word hope in the title.  “From Hope to Higher Ground” is Huckabee’s and Obama’s is titled “The Audacity of Hope.”

By the end of this year, the 2008 presidential campaign will play itself out.  As noted, nothing last forever, it just seems as if presidential campaigns do.  It will be interesting to se if the themes of hope from Obama and Huckabee resonate with the rest of the American people as well as they did with Iowans.

It is easy to become wrapped up in politics, especially during a presidential campaign.  Jonah Goldberg’s recent National Review article “Move over Politics” reminded me that, while politics is important, it is not everything. Life is too complicated to be distilled to one specific aspect or area.

As for moving forward in 2008, possibly it’s time for us adultescents to put away our chav lifestyles and to get back to basics: eat right, sleep right, exercise regularly, work hard, be fiscally responsible, help others and become involved in the community.

Sounds boring, but it works.  In the meantime we can explore other areas in our lives that we might have been glossing over: the importance of family, the fun of playing games and engaging in physical activities, time spent nurturing friendships.   We just might find that, while not as scintillating as adultescent behavior, such routines provide longer-lasting satisfaction.

As for myself, I am going to focus on being grateful for family and friends in my life, being a better steward of what is in my care while ridding my life of clutter (if in doubt throw it out, or possibly eBay).