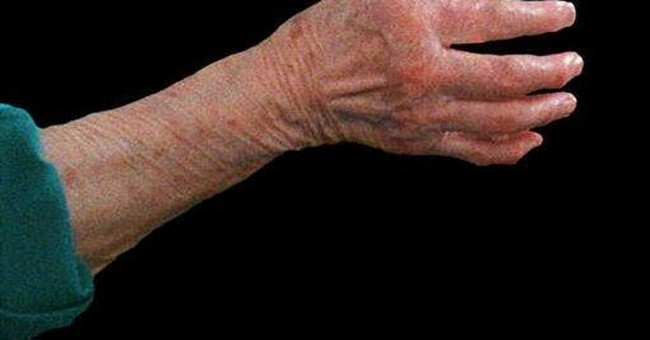 My sister, Kathy, was diagnosed with rheumatoid arthritis 20 years ago. This past spring, one of us talked the other into committing to walk a marathon (26.2 miles) to raise money and awareness for the Arthritis Foundation. Since we made that fateful decision, we have persuaded three other women to join us in traveling to Athens, Greece to retrace the route of the original marathon on Nov. 4.

“Arthritis is still the nation’s most common cause of disability, affecting more than 46 million Americans, including 300,000 children,” said Arthritis Foundation spokesman Ken Durden. The foundation’s “Joints-in-Motion” program “is a great way for anyone who understands the seriousness of the disease to help raise awareness and funds to prevent, control and cure this chronic and often debilitating condition.”

Our team, which we named “America to Athens for Arthritis (A2A4A),” includes Phyllis Head, one of Kathy’s closest childhood friends, Jeanne Cadwallader, a neighbor of Kathy’s, Cynthia Counts, my great friend and running partner, and me. As many teams do, we have even created our own mantra, “Walk on,” which reflects our team’s goal of moving forward with purpose.

The mantra was a term that Jeanne coined, according to her, “it was a bit of a joke (aka Move On) but it did capture a level of enthusiasm for the project. As we started to use it...it became clear that it really does provoke a sense of encouragement for others on the team, comradery, and commitment to the cause. And it just seems like a nifty way to end a note.”

As to how we initially got involved, Kathy and I accuse each other of having been the instigator; Phyllis asked to join after hearing her “very best friend Kathy talk about the marathon;” Jeanne was drawn in by the destination; and Cynthia realized only after participating in a 7:30 a.m. conference call, “my God, I just agreed to do a marathon in Athens, Greece.”

Joints-in-motion program participants are assigned an electronic coach to assist with training, planning distances, answering questions and ensuring that not only will we finish the marathon, but (I hope) we will feel good once it is complete.

Jeff Galloway, U.S. Olympian and best-selling author, is our ecoach. “My grandmother contracted a severe case of arthritis when she was 35 and was crippled and in pain for the rest of her life,” said Jeff, “yet she was one of the most consistently cheerful people I’ve encountered.”

“We need to do all we can to find cures for the various forms of arthritis. Helping advise runners with the Joints-in-Motion program is one small way to pay back my wonderful grandmother.”

My sister Kathy agrees, “Many people think they hurt because they are getting old; they don’t have to live with pain. Medicine can change people’s lives.”

Five years ago, Kathy would not have considered tackling such a daunting challenge. In the past decade, she can remember thinking that moving from her bed to her bedside desk might be too much for her to accomplish. Then she began taking Embrel, a drug for autoimmune disorders. Now, Kathy states, “I don’t think about it (having arthritis) except when I see someone else is in pain, or hear their story, because of the gift of modern medicine.”

Phyllis has watched Kathy’s transformation. “I saw her at a really bad point…. Her attitude was fabulous, but you could tell she was in pain. Now I feel that she can do anything and she is proving that by doing this marathon… it really is a miracle.”

Jeff’s training program has whipped us into better shape; we are having fun and are striving to reach our goal of raising $50,000 for the Arthritis Foundation. You can help us reach our goal by going to our team page and donating.

When we began, several team members were nervous and hesitant about getting involved in fundraising, but we have been pleasantly surprised with the process. “In pursuit of fundraising, I have reconnected and caught up with lots of old friends,” states Cynthia, “and have heard numerous inspirational stories about others with arthritis.” Jeanne has been “thrilled with people who are making contributions, coming from expected places, in unexpected amounts.”

The experience so far, “Lots of miles, lots of laughs, lots of fun and a greater appreciation of my body,” states Cynthia.

“How much I have enjoyed it,” said Phyllis. “Having a team mentality, having a trainer, you feel good when you accomplish the plan that has been laid out”

Jeanne has enjoyed the process, much to her surprise, as she is normally a “goal-oriented” person.

Kathy declares that, “after the first six-mile walk, it has been fun.”

As for myself, the long walks have been an anchor in a never-ending schedule filled with children, events and work – the training forces me to get beyond myself and my crises of the moment and focus on helping others, at least for a little bit of time.

As for the actual training – we all finished a 23-mile walk this past weekend. Kathy and Jeanne, the only two members training together, are currently debating whether their distance was 23 or 26.2 miles, but in any event I am sure that we will be able to do the distance come November 4.