Will Oprah Propel Obama to the Presidency? 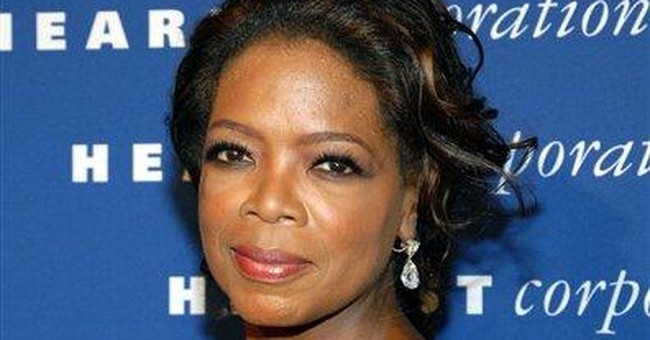 It’s no secret: Everyone who wants to sell anything wants to be a guest on the Oprah Winfrey Show. They may not admit it but they do. Authors, experts, actors and politicians all hope and believe that, if they appear on the show, they will experience the Oprah effect, a rapid increase in sales and popularity from the 49 million viewers who tune in each week.

Oprah does a wonderful job of welcoming guests to her show. Only those people who are not authentic or who have something to hide need worry about a potential negative experience (just ask James Frey, the author of A Million Little Pieces). This can be contrasted with other shows (Stephen Colbert, Ali G or Don Imus), where guests know there is a pretty good chance that the host will get the best of them, but believe the media exposure is worth the risk.

Oprah stepped up her support for Barack Obama’s presidential bid this past week when she announced she will host a fundraiser for the senator from Illinois at her home on 42 acres in Montecito, Calif., aptly named “The Promised Land.” Congratulations, Senator Obama.

For $2,300 (the legal amount one person can give), you can attend the September 8th event. If you can raise $25,000, you can stay for a VIP reception. The full treatment, including dinner with Obama and Oprah, is reserved for those that can raise $50,000 or more.

There is not expected to be any shortage of guests willing and able to come up with and raise the requisite amounts.

Oprah set the stage for the event last October, when she introduced Obama to her audience this way: "My guest today is a shining example of what is possible if you live your life with fierce hope.”

That appearance helped Obama launch his book, "The Audacity of Hope: Thoughts on Reclaiming the American Dream,” to the top of the best-seller lists. It stayed on the New York Times bestseller list for 30 weeks. Today it is listed at number 30.

With three quarters of her viewers female, Oprah has the ability to reach voters in their dens and kitchens on a personal basis. Where President Roosevelt used fireside chats to connect with people during the war, Oprah has created a new, open, personal communication style.

As Vanity Fair wrote, “Winfrey saw television's power to blend public and private; while it links strangers and conveys information over public airwaves, TV is most often viewed in the privacy of our homes. Like a family member, it sits down to meals with us and talks to us in the lonely afternoons. Grasping this paradox, ...She makes people care because she cares. That is Winfrey's genius, and will be her legacy, as the changes she has wrought in the talk show continue to permeate our culture and shape our lives.”

Oprah’s gift of communication and empathy allows people to connect with her on a personal basis. Oprah conveys such warmth and care that many in her audience believe that if they were to run into her on the street, she would be just as interested in their story as she is in the stories of her guests.

Oprah understands her ability to connect with people, answering a question last May on Larry King about whether she would run for office. "You know that is not going to ever happen," she answered. "I feel that the platform that I hold, the chair in which I get to sit in every day and speak to the world, is of far more value to me than any political office could be."

"Value in that I get to speak to people's hearts and get to connect with people all over the world," she added.

Oprah’s list of accomplishments runs long and includes winning multiple Emmy awards, leading the highest-rated talk show in history, and being the world’s only African- American billionaire. In addition, Oprah is the most philanthropic African American, and has been listed four times on Time Magazine’s list of the world’s most-influential people.

After reading her accomplishments, you too might understand why she would not want to trade her current position for political office.

Yes, Oprah has helped boost many people’s careers, including Obama’s. The question is can she propel him to the presidency?