Ira Mehlman  |  Dec 07, 2011
The opinions expressed by columnists are their own and do not necessarily represent the views of Townhall.com.
Top Columns
Trending on Townhall Media 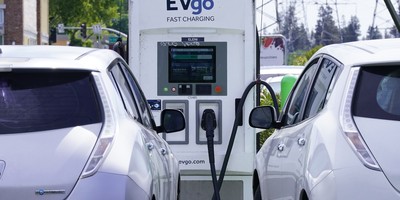 On the evening of June 22, 2008, Tony Bologna and his two sons, 20-year-old Michael and 16-year-old Matthew were gunned down while sitting in their car on the streets of San Francisco. Their alleged murderer was Edwin Ramos, a Salvadoran illegal alien with known gang affiliations and a criminal history as a juvenile. Ramos’s motive for wiping out the Bologna family was apparently nothing more than an extreme case of road rage.

Under city policies that protect illegal aliens, San Francisco authorities refused to turn Ramos over to federal immigration authorities despite his criminal convictions as a juvenile. As a direct consequence of San Francisco’s rigorously enforced sanctuary policies, Ramos had the opportunity to spray the Bologna’s car with bullets and massacre three innocent people.

In almost any other context an event like the Bologna murders would have resulted in blanket policies to prevent the same thing from happening again. A decade after Richard Reid attempted to bring down a trans-Atlantic flight with explosives hidden in his sneakers we are all still required to remove our shoes at the airport. But precedent (and even sanity) does not apply when the interests of illegal aliens are involved.

Just three and a half years and the 3,000 miles removed from the avoidable Bologna murders, New York City Mayor Michael Bloomberg signed an ordinance on Nov. 22 that bars the Department of Corrections (DOC) from honoring requests by Immigration and Customs Enforcement (ICE) to detain illegal aliens, including those with extensive criminal records as juveniles. Under Ordinance 656, approved overwhelmingly by the City Council, aliens who are arrested by the NYPD and who are sought by ICE will not be held unless they meet very narrow criteria.

The first important point to bear in mind is that the people in question are not just ordinary illegal aliens. They are illegal aliens whom the NYPD has arrested for having committed other offenses in New York. Yet, in order for New York City to hold such deportable illegal aliens until ICE can come and collect them (or even notify federal authorities of their release), the aliens must have previously been convicted of a crime; be a defendant in a pending criminal case; have outstanding warrants; be subject to final removal orders; or show up on a terrorist watch list.

Explicitly excluded from those the city will detain are deportable aliens who have been convicted as “youthful” or “juvenile” offenders (which includes people up to age 19 in New York). Nor does Ordinance 656 make an exception for aliens with gang affiliations. In other words, Edwin Ramos’s east coast alter ego will be free to walk out of the Rikers Island detention facility back onto the streets of New York.

Other jurisdictions have complained about the cost of holding deportable aliens and have asked the Feds to pick up the tab. But, New York makes no such pretense in an effort to justify its policy. The explicit legislative intent of the City Council is that “cooperation between DOC and ICE cannot be supported by the Council and should not be supported by taxpayer dollars.” Moreover, Council Speaker Christine C. Quinn, one of the ordinance’s authors, states with evangelical fervor, “We are confident that this will serve as a national model for other states and cities to consider.” Sadly, there is likely to be no shortage of willing jurisdictions prepared to follow New York’s lead.

With self-righteous irony, New York’s elected leaders state that they do not wish to be “willing participants in a program that separates thousands of immigrant families each year without a concomitant benefit to public safety.” No doubt the remnants of the Bologna family and numerous other victims of crimes committed by deportable aliens who have been shielded by harebrained policies like Ordinance 656 might see it differently.

Not releasing Edwin Ramos would not only have been a benefit to public safety in San Francisco, it would also have avoided the permanent separation of the Bologna family. Sadly, their tragedy is not unique. Similar senseless and avoidable murders in Los Angeles, Newark, New York and other cities can be traced directly to policies designed to protect illegal aliens.

The question is not if Ordinance 656 will claim more innocent victims; it’s a matter of how soon. One thing is for certain: When it does happen, neither Mayor Bloomberg nor Speaker Quinn will be there to look the families of the victims in the eye and explain why protecting criminal aliens was more important than protecting their loved ones.