Extradited! Why Assange Fears Being ‘Epsteined’

Ilana Mercer
|
Posted: Dec 24, 2021 12:01 AM
Share   Tweet
The opinions expressed by columnists are their own and do not necessarily represent the views of Townhall.com. 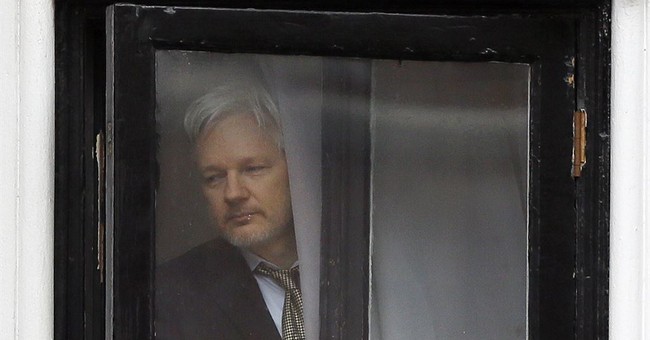 If America's so free and fair, why is Julian Assange, innocent in natural law, so terrified of being extradited to the USA? And why must journalist Glenn Greenwald live abroad, after heroically helping whistleblower Edward Snowden, now safely ensconced in Russia? American heroes living abroad for fear of the American Security State? Time perhaps to shut up about China?

In 2010, Snowden had shared internal NSA documents with Mr. Greenwald, the guardian of American freedoms at the British Guardian newspaper.

Facilitated by Greenwald, Snowden divulged that the National Security Agency boasted of having “direct access to the systems of Google, Facebook, Apple, Yahoo, PalTalk, YouTube in 2010; Skype and AOL, and other servers.” It transpired that, contrary to what you’d been told by officials under oath, “the world’s largest surveillance organization” can and does “obtain targeted communications without having to request them from the service providers and without having to obtain individual court orders.” This is contrary to the Bill of Rights, and the Fourth Amendment to the Constitution, in particular, which specifies that “warrants shall issue” only “upon probable cause, supported by oath or affirmation, and particularly describing the place to be searched, and the persons or things to be seized.”

The federal authorities routinely collect data on phone calls Americans make, regardless of whether they have any bearing on a counterterrorism investigation. Tellingly, the tools of Big Media and Big Government had not apprised you of these facts. It took Snowden to come forth, in his words, “to reveal the criminality.” In Snowden’s poignant words, “You can’t wait around for someone else to act. I had been looking for leaders, but I realized that leadership is about being the first to act. … I’m neither traitor nor hero. I’m an American,” he summed-up so simply.

“Thank you for your service,” Mr. Snowden.

For his part, a decade before he was broken, an insouciant Assange told the New Yorker that “a social movement to expose secrets could bring down many administrations that rely on concealing reality — including the US administration.” A naïve Assange had vowed to skewer “lying, corrupt and murderous leadership from Bahrain to Brazil.”

With its many epic “data dumps,” Assange’s WikiLeaks enlightened and educated, providing definitive proof that the mass media are lapdogs, not watchdogs. Democratic lapdogs. The colluding quislings of the major American networks and newspapers had actively worked to elect Mrs. Clinton. Thanks to WikiLeaks, Americans also learned of the contempt with which these Democrats hold them.

WikiLeaks' proprietor has martyred himself in the cause of truth. Without fear or favor, Julian Assange had exposed the workings of business and government alike, Republican and Democrat—from Facebook, Google and Yahoo's "built-in interfaces for US intelligence," to the clandestine wheeling-and-dealing of the Trans-Pacific Partnership, to the war-crimes in Iraq and Afghanistan authorized by the neoconservative/neoliberal D.C. establishment. Like no other, Assange showed us that American wars are generally a rich man's affair and a poor man's fight.

Assange has given his life in the cause of exposing global state and corporate corruption and the collusion betwixt. He should be thanked for his service, for Assange did not enlist to do The State’s bidding in futile, wicked wars in faraway lands. Rather, he went-up against the Administrative, Warfare, Surveillance State for The People.

Therefore, all state agents—media-military-congressional complex; local and global—want this, the greatest libertarian alive (if barely) to disappear. Never mind that First-Amendment jurisprudence is clear-cut with respect to the guerrilla journalism of WikiLeaks. WikiLeaks operators have committed no crime in publishing what is undeniably true, newsworthy information, with probative value. Besides, why has America any jurisdiction over a foreign entity (WikiLeaks) and a foreign national (Julian Assange)?

Well, America has jurisdiction over Assange because it has simply asserted it based on trumped-up charges equating his journalism with espionage. Which is why Assange now fears being “Epsteined.”

WATCH “Extradited: Why Assange Fears Being ‘Epsteined’”  And SUBSCRIBE

Ilana Mercer has been writing a weekly, paleolibertarian think piece since 1999. She’s the author of Into the Cannibal’s Pot: Lessons for America From Post-Apartheid South Africa (2011) & The Trump Revolution: The Donald’s Creative Destruction Deconstructed” (June, 2016). She’s on Twitter, Gab, YouTube & LinkedIn; banned by Facebook, and has a new video-podcast.