Congratulations, Mr. President. Now Please Use The Moment To Save The Afghan People From The Taliban and The World From Iran's Fanatics 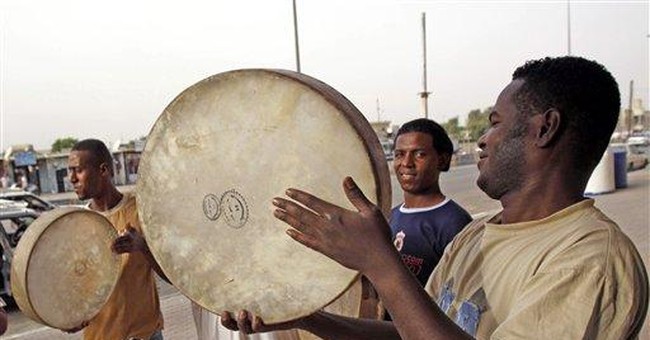 President Obama has been awarded the Nobel Peace Prize, a stunning and unexpected event, but one that provides the president with a unique opportunity to reverse the deteriorating situation in Afghanistan and to rally the world against the rising evil in Tehran. If the president uses the platform which the award will give him, both in the next few days as the chattering class absorbs its surprise and when he accepts the war, he can reclaim the missed opportunity of his moment at the United Nations and demand of the world a real commitment to peace and human rights which means a commitment to vanquish the Taliban and its al Qaeda parasites while also obliging the fanatics running Iran to accept the world's demand to abandon its nuclear ambitions and its genocidal rhetoric.

The Washington Post summarized the surprise the announcement created today

Heralding Obama as a transformative figure in U.S. and international diplomacy, the committee said: "Only very rarely has a person to the same extent as Obama captured the world's attention and given its people hope for a better future. His diplomacy is founded in the concept that those who are to lead the world must do so on the basis of values and attitudes that are shared by the majority of the world's population."

Obama is the third sitting U.S. president--and the first in 90 years--to win the prestigious peace prize. His predecessors won during their second White House terms, however, and after significant achievements in their diplomacy. Woodrow Wilson was awarded the price in 1919, after helping to found the League of Nations and shaping the Treatise of Versailles; and Theodore Roosevelt was the recipient in 1906 for his work to negotiate an end to the Russo-Japanese war.

In contrast, Obama is struggling over whether to expand the war in Afghanistan, preparing to withdraw from Iraq, and searching for ways to build momentum to restart Israeli-Palestinian peace talks and assemble an international effort to stop Iran's nuclear program.

The Nobel Committee was clearly caught up in the expectations of transformation that the new president campaigned on last year, not the realities of his often shaky and confused first nine months of his tenure in office.

This could, however, be one of those "reset" moments where the unexpected gift of sustained international applause provides the president all the cover he needs for his domestic left-wing political base to rally his NATO allies and Security Council to the difficult double task of genuine leadership in the world.

The president has been under rising pressure from his netroot left in the U.S. to abandon even "the good war" in Afghanistan, but the Nobel Prize was awarded on his rhetoric and action up to this point, and that has been the rhetoric of commitment to the eight year battle to suppress Islamist radicalism in Central Asia and the action of sending thousands of additional troops to the theater. Indeed this has been the president's single most significant set of decisions on the global stage since taking office, and the Nobel Committee surely knew of them when making its decision. If the left needs ratification of the importance of Afghanistan, the Nobel Prize must surely be it.

Very credible reports recounted French President Sarkozy's disgust with the punted opportunity which the American president had when he chaired the Security Council last month, a moment that would have allowed for maximum pressure on the nuke-mad mullahs of Iran. President Obama now gets a do-over on that subject as well. The gravest threat to world peace is the regime in Tehran, and they are serial murderers of their own people as well, and assassins of their neighbors and funders of terrorism across the region.

The world's most prestigious award presents a chance for President Obama to deliver a message that cannot be missed and commit to a course that is as serious as the Committee has often not been. Americans should be proud that our presidency is so significant that its occupant can by the hope of his years ahead alone command the world's applause. If our president uses the moment, we can be prouder still. Much prouder.