The Actions That Are Necessary Now: "$10 for Tark." 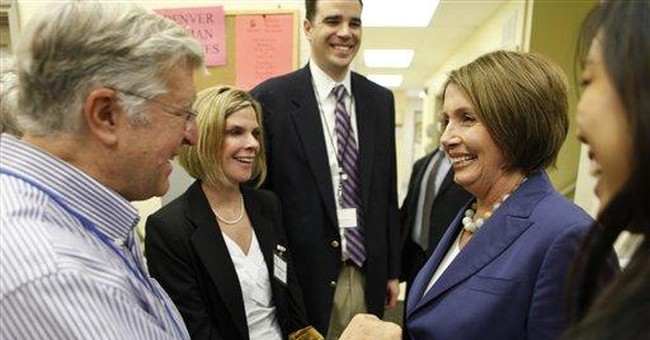 President Obama's summer vacation was well timed to avoid having to be close to reporters when his Administration's budget revision was released this week.  The huge leap in the already deeply disturbing ten year budget deficit projection should immediately end discussion over Obamacare and launch a top-to-bottom search for savings and stringent budget reforms.  The country is on the edge of unleashing hyperinflation which will not only destroy economic growth for years to come but also wipe out the savings of millions of retired Americans.  It is unconscionable that the country is borrowing so much money, and there is no rationalizing it except as a ruthless political payoff to the president's most loyal constituencies.  It is a poisoned payoff, however, as this sort of economic recklessness will undermine the quality of life for every American.

Which brings me to Danny Tarkanian.

Danny Tarkanian is the former UNLV basketball star whose father, Jerry "Tark the Shark" Tarkanian was the coach first of UNLV and then Fresno State for many years.  Danny went to law school after his very successful basketball and academic career as a Runnin' Rebel, and then returned to Nevada to practice law and develop real estate, except for a tour as an assistant coach to his dad in Fresno.  In recent years he has launched a political career which included a close but not winning campaign for statewide office.

Danny Tarkanian has declared his candidacy against Harry Reid, the Senate's Democratic Majority Leader.  In a stunning bit of news, the respected Mason Dixon poll found that Tarkanian leads Harry Reid by 11 points in a head-to-head match up.

It is of course early, and Reid will raise millions and use them to punish whomever the GOP nominee is.

A groundswell of support for Danny Tarkanian will create an instant incentive for Senator Reid to do all of those things.  "$10 for Tark" is a sort of telegram to the Majority Leader, a message that cannot be missed or misunderstood, much less ignored.

If you are worried about Obamacare, about the deficit, about the war on the CIA, all three or more, then spend the cost of a stop at Starbucks and go online to contribute to Danny Tarkanian and then send Senator Reid an e-mail --respectful but pointed-- that there's more where that came from if the Congress doesn't curb the new president's recklessness, and soon.  Starting with the shelving of Obamacare.