A Katrina Moment For Obama? 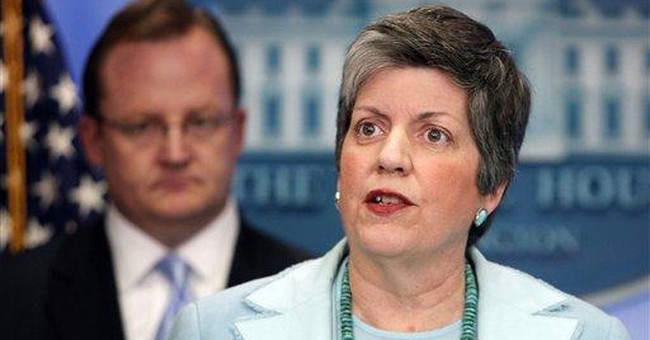 The sudden and deadly outbreak of swine flu in Mexico City and its near simultaneous spread to places as far flung as New York and New Zealand presents President Obama with his first very public crisis. The early non-response by Homeland Security Secretary Napolitano to the prospect of Mexicans and Americans entering the country from our neighbor to the south (as well as third country travelers transiting Mexico en route to America) puts an enormous responsibility on the Administration's shoulders. From Friday afternoon forward tens of thousands of people have come from Mexico into the United States --legally-- and the U.S. government has done nothing to impede or delay their arrival and their melting into the U.S. population. Obviously the flu had already arrived in many places before anyone could reasonably be expected to know its advance, but from Friday forward the president and his team have been on notice that a pandemic could be developing, and did nothing about the only realistic way of limiting the spread of a contagious illness --quarantining those with the bug.

If the new flu turns out to be nothing but a standard cycle of misery with a standard number of deaths associated with it, then the non-response of the president and his team will fade away as an issue. But as President Bush discovered after Katrina leveled New Orleans, the public expects the president to manage every crisis and to do so at breakneck speed. W's delay while first Mayor Nagin and then Governor Blanco fumbled many balls and his tolerance for FEMA's incompetence was seen by the public as a decisive moment of presidential failure, and no amount of extra effort after the military arrived could repair the damage done. President Obama of course has a much more fawning MSM moving daily to protect his flanks, but a death toll is a death toll, and if one begins to pile up in the U.S. the at least four-day delay in moving decisively to control legal entry into the country from Mexico will be entered in President Obama's account.

Secretary Napolitano is not the most confidence-inspiring figure in the new Administration, having already presided over the embarrassing memo alerting the country's law enforcement agencies of a looming threat from right wing extremists, demonstrating a completely flawed understanding of how the 9/11 killers entered the country, and banishing terrorism from the language of Homeland Security. Now she's on center-stage, and her first deer-in-the-headlights statements on the swine flu mark her as indecisive in a job that counts as its most important element the capacity for calm but decisive action that anticipates events rather than reacting to them after the fact.

Hong Kong has triggered its most stringent rules for air travelers. The European Union is urging its citizens not to travel to Mexico or the United States. Russia is taking similar steps.

But not the United States, which has thousands of miles of border to monitor and regular flights in and out of many Mexican cities. If the flu mutates to an even deadlier form, it will be too late to recall the hundreds of thousands of travelers who will have entered the country.

A whole lot of "monitoring" is underway, but the waiting-upon-events that legislators often indulge in is exactly the opposite approach required when hours and even minutes matter. If the flue turns deadly, Obama's "first one hundred days" will forever be marked by a remarkably casual indeed almost indifferent response to a public health crisis that no matter how improbable had been recognized as a potential catastrophe from April 24 forward.