Palin is Ready for Prime Time 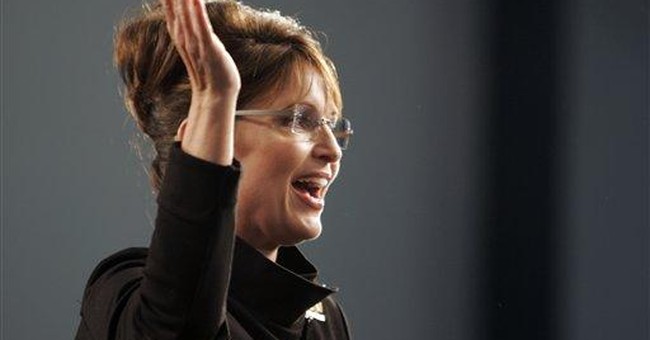 Hugh Hewitt: In the conversations leading up to the selection of Sarah Palin as the senator’s running mate, did you discuss, did you anticipate the savage sort of attacks on her from Obama affiliates and the left wing blogosphere, and increasingly the mainstream media? Was that part of the calculation?

Rick Davis: We knew it was going to happen, because it’s been happening to John McCain for such a long time. This isn’t new. We’ve been under siege by the left-wing media for a long time. And of course the Obama folks, even though they pledged a new kind of campaign and a post-partisan kind of campaign, it’s been anything but that. Barack Obama attacks John McCain every single day on the stump. He’s done it in days where we haven’t competed in that regard, and days that we did. He continued to attack John McCain even while he was running against Hillary Clinton, so we’re used to it.

We know it’s going to happen and we understand it and we’re disappointed by it. We don’t think it’s adding to the dialogue of good politics. But look, we’re big boys, we understand it, we think we can handle it. And the one thing that shouldn’t be underestimated is Governor Palin can handle it. She’s tough, she’s got good ethics from the experience she’s had in Alaska. It’s a tough place up there, too. She’s fought the establishment, she’s fought the media, and she’s ready for prime time.

Hewitt: Now when you mention the left-wing media, do you include any of the broadcast networks in that designation?

Davis: …What is most shocking to me is the correlation between the left wing bloggers and broadcast TV. And when you see things pop up there with absolutely no semblance of fact at all and then, within hours, show up on broadcast TV or in newspaper articles the next day, you wonder, “Where’s the separation, where is the sourcing on this stuff?” Nothing is more flagrant in that regard than the treatment that Governor Palin received literally immediately upon announcement of her selection. It makes me feel pretty good about keeping that announcement secret, because otherwise, she would have been nitpicked to death by this media horde.

Hewitt: Now there are reports that Obama has flown teams of lawyers and private investigators to Alaska. Have you received those same reports?

Davis: Absolutely, and we’re getting them from all around, not just in Alaska, but you know, people in the know around here. It’s consistent with everything else they’ve done. It’s the most negative campaign I’ve ever seen waged. And look, we shocked them. I guarantee you, they didn’t have any opposition research on Governor Palin when they started, and I’m sure that’s thrown their campaign for a loop. So it doesn’t shock me.

Hewitt: Now I know you had to be high on the governor to be part of the team that advised Senator McCain to select her. However, did you anticipate the kind of reaction, the positive reaction across broad cross-sections of the United States, not limited by ideological lines whatsoever?

Davis: You know, the more we looked at Governor Palin, the more we thought that she had great potential on the national stage. She is one of these people who is straightforward, shoots straight at voters, no dancing around whatsoever. The whole culture of Alaska sort of suits that. And it was time to punch through the noise that exists in this election with somebody like that…. I have been really, really happy with the reaction that I’ve seen both in the Republican Party, but also with independents and disaffected Democrats. And let me tell you, the number of disaffected Democrats is going up every day.

Hewitt: Is part of that in response to the attacks on her as a mother and as a pro-life figure and as a religious person?

Davis: I think that the most heinous thing is the attacks on her family. She’s been in politics. She knows how tough it can be. And she’s absolutely committed to campaigning hard regardless of what people say about her. But the attacks on her family are a new thing that has sort of sprung up this year. Senator McCain has had to go through some of that. And it’s just uncalled for, and I wonder who is policing the media on this, because the old standards of putting the candidates through the tests, through the rigors, nobody’s complaining at all about that. It’s a tough business. But it’s an important job, and the American public needs that. But to attack the family is well beyond the pale, and that’s where we hope that we can draw some lines.