What Will The Jihadists Do? Apply For Their 601(h) Probationary Status, Of Course 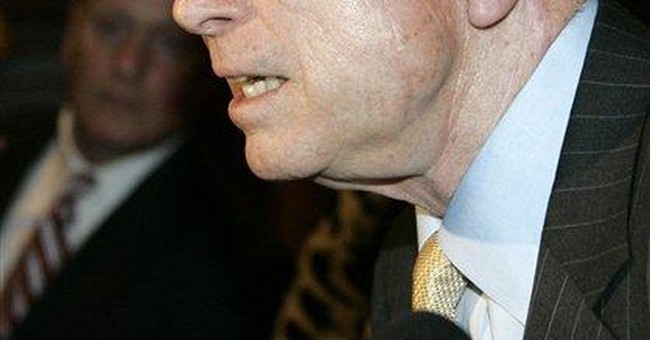 In a series of stunning and timely articles for the San Antonio ExpressNews which ought to earn him and his paper a Pulitzer, reporter Todd Bensman has detailed the conclusions of a many months long investigation into the illegalentry across our southern and northern borders by mena and women from the 43 "countries of interest" in the world known to harbor terrorist networks. The key conclusion of the series:

According to U.S. Customs and Border Protection apprehension numbers, agentsalong both borders have caught more than 5,700 special-interest immigrantssince 2001. But as many as 20,000 to 60,000 others are presumed to have slippedthrough, based on rule-of-thumb estimates typically used by homeland securityagencies.

Bensman's many other revelations are as startling as they are disturbing. Though national security officials have long worried about undetected jihadistcells in the country, Bensman's researches make it very clear that evenincompetent and poorly funded Islamist networks could easily have moved scores oreven hundreds of their number into the U.S. in the years since 9/11. Evenincompetent and poorly funded Islamist networks would have known to have sent fromamong their numbers the jihadists least likely to attract the attention ofauthorities if they were caught. Even incompetent and poorly funded Islamistnetworks would have known the value of embedding jihadists inside of America anddoing so with the intent of having them slumber for as long as necessary.

And of course not all Islamist networks are incompetent or poorly funded. Many security experts fear that alliances between narcotics networks andterrorist groups have been forged which could easily provide not merely funding butmore certain transit into the U.S. Iran is willing to fund the devices thatkill our troops. Why wouldn't it fund the travel to the U.S. of sleeper agents?

In short, we have within our borders jihadists, some of whom have to beassumed to have been chosen because of their apparent disconnectedness to knownterrorist organizations. Even if we did not know this, we would have to assumeit was true.

A 2005 report fromthe Center for Immigration Studies by Janice L. Kephart focused on theimmigration histories of 94 terrorists known to have been in the U.S. in the decadeleading up to 9/11, including six of the 9/11 hijackers. Read the wholestudy, but here are its findings:

This study reveals that terrorists invest a great deal of time and effortinto regularizing their immigration status once in the country. They do so forthe obvious reason that once regularized their ability to move about thecountry as well as in and out of it becomes complete. They can get jobs anywhere,learn skills open to only legal residents, cover their tracks and recruit withgreater ease. Only fools can deny the certain presence of these terroristsand their certain ambition to have legal status.

Which is why the draft immigration law's intent to bestow on all illegals inthe U.S regardless of country of origin probationary legal status andeventually a Z Visa is simply and obviously insane. Proponents of the measure-Section 601(h) of the draft law-argue it is better to collect the fingerprints andaddresses of everyone here rather than keeping the illegals in the shadows, butthey have no answer for the obvious empowerment of the best hidden terroristswho are currently without legal status.

I have in the past few days interviewed

Secretary Chertoff made a second argument: The terrorists in the countryvulnerable to detection via a fingerprint scan won't come forward and will standout more easily:

There’s no guarantee that someone with a very good cover isn’t going to getby us, "The point is," he argued "if someone does have a good cover, there area lot of ways they can get a visa. I think this program actually would reducevulnerability, because it limits, it brings most of the people who we don’tneed to worry about into a visible system, so we can hunt for the people we doworry about." This argument vastly underestimates the difference between thethreat posed by a jihadist on an expired visa and one regularized andincorporated into the American workplace legally. Whereas the former must beconcerned about every encounter with officialdom and even attentive private citizens,the newly papered Section 601(h) pass-holder is immune from such casualscrutiny.

We are about to deeply embed every mistake ever made at every airport andborder crossing where a terrorist was admitted. Even if we shake out a few fromthe process, there is simply no way this system is going to flush out the vastmajority of jihadists who have infiltrated into the country.

I have a prediction. If the law as drafted passes, a jihadist website willquickly be found to be advising all sympathizers in the U.S. to immediatelyseek their Section 601(h) probationary status, even at the risk of detection andeven though fingerprints must be given. A few jihadists may be detected andexpelled, but the huge advantage that will flow from the sudden legalization ofthe rest will be too enormous to pass by. Once past the first hurdle, thededicated jihadist has a clear path to permanent residence and even deeperpenetration of this very vulnerable country.

This is madness. Unless changed, the bill must be defeated by legislatorsserious about the jihadist threat within the country.