Don’t Look At Me: I’ve Got Nothing To Do With Those People 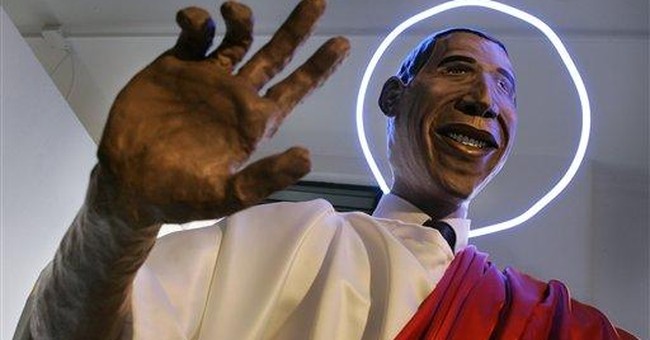 The biggest surprises of the first quarter fundraising numbers were Barack Obama’s and Mitt Romney’s stunning successes. Rudy’s numbers are also impressive given that Beltway media have been selling “too liberal” for the GOP for most of the past year, though $17 millions dollars are saying “Not so.”

Hillary did what she had to do (barely) but John McCain’s anemic start left the same Manhattan-D.C. media elite scratching their collective head: He’s the front-runner, right? “Must be the war,” they intoned, even though steadfastness on the necessity of victory is McCain’s only serious bridge to the conservative base left after his “heir apparent” status melted in Monday’s bulletins from the money primary.

As the Beltway’s candidates –Senators Clinton and McCain—got their bad news, the Beltway punditocracy struggled to spin a storyline. They best that they could come up with was that “money doesn’t mean everything, just look at Phil Gramm and John Connolly,” a hollow argument when the entire political landscape has been transformed by web activism and new media. Senator McCain was given a pass by many of his big media pals, and his spinners allowed to talk about relaunches and new fundraising schemes. The Clinton Machine was harder pressed to come up with talking points that could muffle the Chicago boom that rolled across the airwaves yesterday. When that “mortal lock” status gets shattered, it is hard to put it back together again.

When the mid-April reports are filed, the details will delight political junkies and analysts for weeks –how many contributors in Iowa and New Hampshire, how many in South Carolina, where did W’s past supporters really end up? It is the hot stove league of politics, and the inside baseball of burn rates and paid staffers is an early gift to the talking grifters of Campaign ’08.

There is one undeniable theme, though, that bridges the two parties’ hunt for dollars and momentum: It is a good thing to have as little to do with the Beltway as possible --a return to the Reagan theme of ’79-’80, and a selling point that has definitely that is bringing people to Mitt’s, Rudy’s and Barack’s camps. (The first first-name campaign ever?)

It makes sense. The president’s poll numbers aren’t in Truman territory, but they are below 40. Speaker Pelosi’s and Leader Reid’s Congress fares even worse. A half-dozen years of grating and intense partisan bickering, baked by populist uproars over illegal immigration and an anti-war movement’s fury have left everyone inside the Beltway hated by large numbers of folks outside of it. The bigfoot media that gathers round the talking head tables night after night don’t do much to earn the admiration of the masses either. The District of Columbia looks like the center of the universe when it comes to dysfunction.

Which leads even serious people aware of the Framer’s love of checks and balances and of historian’s appreciation of gridlock to think: Time for something and somebody completely different. The three outsiders fill that bill. Whatever a voter thinks of the mess in D.C. –whether they have contempt for defeatist Democrats or adventuring neocons, disgust for pork-addicted appropriators or legislators indifferent to entitlement time bombs, or pure rage at the tens of thousands of illegal border crossers or visa jumpers who enter the country monthly—that voter isn’t going to ask a Beltway demigod to lead the country on a new path.

The last people to see a populist wave rising will be the K-Streeters, the cable talking heads or the DNC/RNC sharpies. The AP’s Ron Fournier was musing about how the insiders had missed the Romney organizations quiet gathering of millions (they hadn’t read A Mormon In The White House?, obviously), and he’s the honest one. So busy were the pros in setting up the Clinton-McCain race that they neglected to note the country-wide demand for something new, a demand that clearly made itself known in the tens of thousands of contributors to Obama/Romney/Giuliani –a trio of outsiders that have shaken the old guard to their very roots.

The game is now in full swing, and these three aren’t going to surrender their early lead to those comfortable on the side streets of Georgetown and Kalorama. Even the loyalists to George W. Bush and Dick Cheney want new messengers for the old and true message that this is a real war with real enemies. The netroots of the left want a purity of antiwar zealotry that Hillary will never muster. The Clinton pros might yet humble Senator Obama the old-fashioned way –with the politics of personal destruction, but that’s not Senator McCain’s style, and any way, he doesn’t seem to have the genuine love of the hunt that marks successful presidential campaigns.

The Beltway folks should be in full hurricane mode, nailing on the balsa wood and laying in supplies. The class of 2006 wasted little time in throwing their snouts in the trough and that will haunt them as well. The best thing to be in 2008 will be to be from anywhere other than D.C. The trio from Boston, New York and Chicago know this, and so now does the media elite.