A Mormon in the White House? 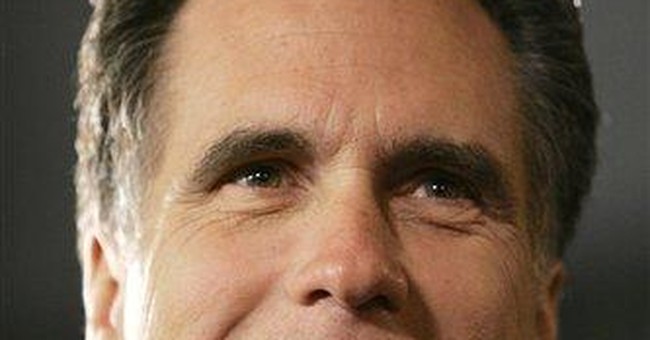 The headline of this opinion piece is the title of a new book I have finished writing and which is now rolling off the presses for a release date in a matter of weeks. I have spent the last year interviewing Mitt Romney, members of his family and his closest friends, as well as politicians, public figures, historians and religious leaders of all sorts on the question of whether or not Romney's faith ought to be a factor in his election.

If you ask a list of people whether Barack Obama's race ought to be a factor, they will shudder and collectively say, or shout, absolutely not. And they would be right to do so.

If you ask a similar list of people whether Hillary Clinton's gender ought to be a factor, they will shudder and collectively say, or shout, absolutely not. And they would be right to do so.

But pose the "Mormon question" to hundreds of Americans, and very few will look at you with shock or even curiosity. What is going on here?

Not surprisingly, I think that takes a book to answer in full, but the short course is that anti-religious bigotry serves a lot of agendas. The war on faith in America — the effort to drive faith-based people from the public square and faith-based arguments from polite conversation — has been under way for three decades, and is picking up steam. A Mormon is just a convenient target, and one that provides media pundits with a convenient cover. They voice their concern with Romney's faith by putting that concern into the mouths of unnamed evangelicals.

MSNBC's Chip Reid began an assault on Romney yesterday by noting that evangelicals have a problem with Romney. Some undoubtedly do, but many do not. The equivalent comment about Sen. Obama would be: Southerners have a problem with Barack Obama. Reid would never make such a foolish statement. But because it is an issue of religious bigotry getting mainstreamed, he didn't think twice.

It isn't just promoting religious bigotry as a mainstream objection to a political candidate, it is actually expressing it. I have written elsewhere about the stunning display of raw bigotry by Jacob Weisberg, editor of Slate here. But he is hardly alone. And in fact most of the published attacks on Mormons for being Mormons come in the mainstream, secular press. The legitimizing of this bigotry is far advanced. Excuses are offered for it, but it remains bigotry.

One of the surprising and encouraging aspects of my research and interviews through 2006 was the number of evangelicals and Roman Catholics eager to stand up and denounce the assault on Romney's beliefs — beliefs which the same speakers do not share. They recognize, however, that theological debates should never degenerate into assaults on religious liberty or the right of any citizen to hold any office for which they are qualified.

Will Romney's religious faith hurt his candidacy? That remains to be seen, but if it does, it will have hurt the country much more than him. The bigotry that was thought to have been buried in 1960 will have been exhumed. It will be difficult to kill a second time.