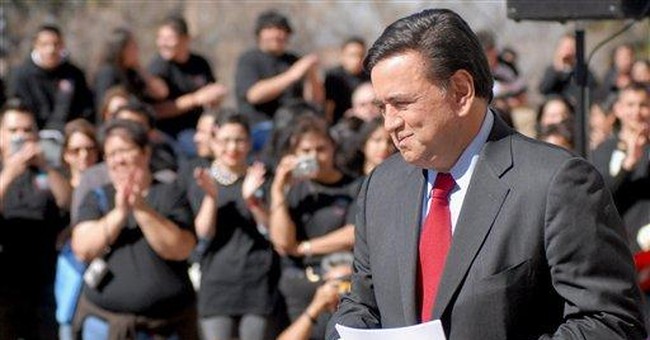 When discussing the concept of school choice, we often refer to the “lucky lottery of life.” A child doesn’t control which family he or she is born into, what economic situations that family must deal with, or what school he or she is likely to attend. Yet the result of that “lottery” often sets a child on a very specific path through his or her early years – and beyond.

Each year, not too far from the U.S. Capitol, we witness a lottery of a different type. The Washington Scholarship Fund, an organization founded to empower low-income Washington, D.C. families with a choice in where they send their children to elementary, middle, and high school, hosts an annual picnic where parents, grandparents, and others stand in line, waiting to enter a lottery of their own. The prize? A partial scholarship to a private school in the nation’s capital and a chance for their loved ones to escape some of the nation’s most troubled public schools.

In 2004, the Washington Scholarship Fund was chosen to manage the nation’s first ever federally-funded K-12 scholarship program, the D.C. Opportunity Scholarship Program. This program provides low-income students and families access to up to $7,500 to cover tuition, fees, and any transportation expenses at a private elementary or high school in Washington.

This week, I will take the next step in this debate by introducing a U.S. House bill that would – among other reforms – expand the Opportunity Scholarship program nationwide. As Congress begins reauthorizing the No Child Left Behind Act (NCLB) this week, my introduction of this bill is meant to be a sign to everyone that if we are truly serious about strengthening NCLB, then we must get truly serious about giving parents the tools they need for their children to thrive under it. And that starts by empowering them with more choice.

My bill, the Empowering Parents through Choice Act, would provide expanded choice for parents whose children are trapped in schools consistently underperforming, showing little or no signs of improving. Specifically, the bill would:

Award scholarships of up to $4,000 to students attending schools identified as in need of restructuring under NCLB. Schools begin the process of restructuring after they fall short of making adequate progress under NCLB for five consecutive years;

Add a new option to NCLB’s accountability system to give school districts the flexibility to offer students attending schools that have entered restructuring scholarships in the amount of $4,000 to attend private schools of their choice; and

Allow states, school districts, and private and non-profit organizations to compete for additional funds dedicated to intensive supplemental educational services to children in schools identified for restructuring. Supplemental educational services – such as after-school tutoring – are provided outside of the regular school day and are based on high-quality research designed to help improve the student’s academic achievement.

Will our bid to enact this school choice bill come up against some major obstacles – including the new Democrat Majority in Congress and an education establishment hanging on for dear life to the unacceptable status quo in our schools? Absolutely. But does that mean we’ll retreat? Never. The Opportunity Scholarship program in Washington, D.C. finally became law after years of battling to make it so. And it was worth it. For all of those children who find themselves mired in underperforming schools because of the “lucky lottery of life,” the battle will be worth waging on their behalf as well.