Waiting on the World to Change 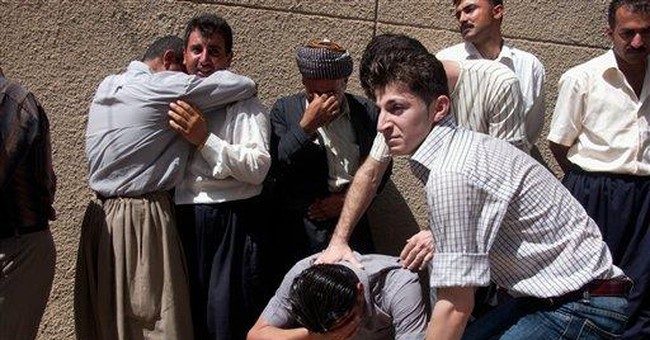 The 9th Circuit Court of Appeals is proving itself once again to be a powerhouse among the circuits. And based on some of the cases that it will decide this year it might actually edge out the D.C. Circuit as the most influential circuit court in the nation.

With its headquarters in San Francisco, the 9th Circuit is the largest of the 13 courts of appeals, and this term there's a lot happening. Three of the cases awaiting final disposition by the 9th Circuit are quite noteworthy. And depending on the outcome, they could literally change the world.

First, is Al-Haramain Islamic Foundation v. Bush, a case in which an Oregon-based Saudi Arabian charity investigated for alleged terrorist ties claims that it was the target of illegal National Security Agency surveillance. This case has captured much attention because the plaintiffs claim their evidence includes a top-secret government document accidentally released by the Treasury Department. It reportedly shows surveillance of attorney-client conversations. This would bolster their claim to have standing to continue the case.

Although this may be among the strongest cases presented against the Bush administration's terrorist surveillance program, the prospects for success aren't good. First, the Al-Haramain Islamic Foundation was found by both the United States and the United Nations to have significant financial ties to the Bosnia-based nongovernment organization Al Furqan,and al-Qaida financier Wa'el Hamza Julaidan — meaning that the organization has terrorist ties.

Additionally, the eavesdropping program created by the Bush administration was revamped after Democrats gained control of Congress. Its operations were placed under the Foreign Intelligence Surveillance Court, thereby making many of the claims against its earlier operation legally moot.

Moreover, the plaintiffs would likely need to show that any surveillance that occurred would not have been approved if it was submitted to the Foreign Intelligence Surveillance Court. This is a more significant challenge in light of the finding by the U.N. and the Department of Treasury that the charity had associations with terrorist organizations. The plaintiffs would need to show that before the program was modified, the 4th Amendment's standard for a governmental search was not met — with or without getting a warrant — by the program. Add to this the particularly troublesome difficulty of making such a determination when the surveillance involves sophisticated electronic communications, and it seems unlikely that the plaintiff's case will succeed.

In the second case, Hepting v. AT&T, customers of AT&T claim that their phone calls and e-mails were unlawfully intercepted by AT&T and forwarded to the NSA. The plaintiffs in this case have several obstacles they will have to overcome. First is a finding as to whether the suit itself will reveal "state secrets" — an executive privilege most recently upheld by the Supreme Court in Tenet v. Doe (2005). In that case, the court reaffirmed that the government cannot be forced to disclose whether it has entered into espionage agreements with any parties.

And, finally, there is likely to be a very serious challenge to this case based on "standing" in the wake of the 6th Circuit Court's recent dismissal of a similar challenge to the government's terrorist surveillance program. Proving injury, a causal connection between injury and conduct, or that any injury will be redressed by a favorable decision, may be an overwhelming challenge.

On the other hand, if the court rules that AT&T's actions aren't immunized by its agreement with the federal government, this could call into question a host of arrangements that all governments— local, state and federal — reach with private companies that carry out various tasks at the government's direction. Assignments carried out by private companies as varied as traffic cameras, collection activities and online sales-tax processing could be jeopardized.

The third case is Marshall v. Marshall, originally involving Anna Nicole Smith and her dead husband's son, Pierce Marshall. Last year, the U.S. Supreme Court— after issuing a very narrow ruling — remanded this case to the 9th Circuit for action on the merits.

While the initial actions of the court had the effect of sustaining Anna Nicole Smith's case, this case is now living on borrowed time. Even though the Supreme Court in its ruling clarified that federal courts have jurisdiction over state probate matters, the 9th Circuit will most likely affirm the original findings of the Texas probate court. They will do so as a matter of judicial economy and due process.

The evidence introduced in the Texas court — a specialty court uniquely suited to resolve probate matters — was so overwhelming and indicative of the intentions of all parties involved in the estate battle, its findings are unlikely to be set aside. Thus the 9th Circuit will likely direct the district court to either accept or replicate this record and use those findings as the basis for its dispositions.

If the court were to rule in favor of Anna Nicole Smith's claims, it would unleash a hornet's nest of forum shopping and increased litigation as lawyers on either side of a losing claim would be authorized to run to federal court anytime they lose in state court.

The three cases are all monumental in their potential impact, and all are eagerly anticipated.