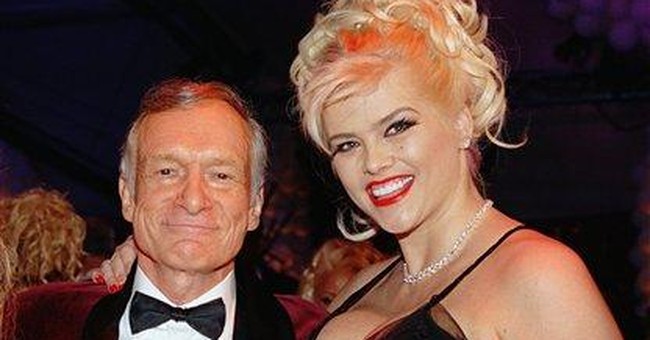 As many in the media await the results of a DNA test to determine the real father of Anna Nicole Smith's infant daughter, Dannielynn, some reports have perpetuated a legal myth. Consider the Associated Press story that pronounced that "Anna Nicole Smith’s 6-month-old daughter . . . could inherit millions after the former reality TV star’s death last month."

This is only partially right. Dannielynn has indeed had a DNA test. But there is little chance that this child will inherit millions.

Why? Because Anna Nicole Smith's legal claims on J. Howard Marshall's estate were always tenuous. And once the courts act, they will likely extinguish the claim altogether. That means Dannielynn is more likely to be saddled with legal bills and other debt from litigation associated with her mother's estate than she's likely to inherit any portion of Marshall's estate.

A quick review of the case Marshall v. Marshall (Anna Nicole Smith's married name was Vickie Lynn Marshall) illustrates why Dannielynn may not be a million-dollar baby.

Although it has been overshadowed by the media hype surrounding the former Playboy model's visit to the Supreme Court last year, the trial of record in this case took place in Texas probate court in 2001. The trial — complete with jury — lasted nearly six months. It found that Marshall's son, Pierce, was the legal heir, and it explicitly found no evidence whatsoever that the elder Marshall's will was interfered with or that there was any intention to make Smith his heir. It specifically upheld Marshall's will and his estate plan.

Despite the Texas probate ruling, Smith and her legal team went forum-shopping for a favorable judgment. After she filed for bankruptcy in California, Smith convinced a federal bankruptcy judge to award her nearly $450 million she claimed was promised from Marshall. This judge accepted her claim of tortious interference with a gift, finding that Marshall's son thwarted his father's intent.

Subsequently the U.S. Court of Appeals for the 9th Circuit overruled these awards — not on the merits — but instead by invoking what it called a federal "probate exception" that denied federal jurisdiction over probate matters. The 9th Circuit held that neither the bankruptcy court nor the federal district court had any ability to rule on Marshall's estate.

Perhaps the most important principle involved in this case is a common legal concept known as "res judicata" — a Latin phrase that literally means a matter already judged. This broadly accepted legal principle dictates that once a court or jury has issued a final judgment, subsequent courts will uphold and enforce it.

This was a sensitive issue to the Framers of the Constitution because of failures in the earlier Articles of Confederation to impose legal duties on other states to honor contracts or other legal judgments. The principle is so important that it is explicitly embodied in the full faith and credit clause.

The idea is that our law strikes a balance between competing interests. On one hand, we ensure that we can provide litigants with certainty of finality that prevents a defendant from having to defend the same claim repeatedly. On the other hand, we can also guarantee that a plaintiff will be granted his or her day in court without limits on what claims they're allowed to make. But if this claim has already been dealt with earlier, instead of dismissing the case, the court will apply the findings of the earlier judgment.

The Supreme Court last year ruled that the 9th Circuit's interpretation that the federal courts have no jurisdiction whatsoever over probate matters was overly broad, and the justices have sent the case back to the 9th Circuit on remand. Now the 9th Circuit will focus on the specific arguments of this legal dispute.

This is bad news for Dannielynn and Smith's legal team. The remaining legal issues surrounding this litigation are fairly straightforward and uncomplicated. J. Howard Marshall was legally allowed to direct his bequest to whomever he pleased, and he chose his son Pierce. He never intended to leave any portion of his estate to Smith or her heirs. We know these things because that's what the jury found after a six-month trial in Texas. We also know that, under the doctrine of res judicata, each of these findings must be upheld in any other courts that look at this case.

In that context, the most compelling question for the 9th Circuit will be a determination of which court — the federal bankruptcy or district court or the Texas probate court — issued a final judgment first. Chronologically the Texas probate case started first, but the federal bankruptcy court issued its verdict first. The 9th Circuit panel reviewing the case will have to determine which decision counts as the first "final judgment."

Second, even if the federal bankruptcy court's ruling was final and determined to have occurred first, there are serious questions, relevant to judicial economy and the principles behind res judicata, about the evidentiary record used by the federal district court.

A review of the record indicates that whereas the Texas probate trial took nearly six months to sort through all of the legal and evidentiary issues before reaching a conclusion, the federal district court was able to do so in a few days. How? Primarily by reviewing many of the depositions from the concluded Texas probate trial and also by disallowing most of the witnesses that Pierce Marshall sought to call.

Such an approach has the advantage of expediting matters, but it severely constrains the ability of the court to weigh all evidence necessary. Depositions are useful, but they are not an equal alternative to witnesses testifying subject to cross-examination. As a result, there are serious questions about the sufficiency of the record that the district court relied upon. And such an outcome is contrary to the benefits of res judicata — which is to allow subsequent courts the ability to rely on the findings of fact of earlier courts.

Additionally, judicial economy would dictate that the Texas probate court (as a specialty court) should be given greater deference and weight in making these determinations. In this case, the probate court took nearly six months to reach a determination. Casting aside its work will not be done lightly.

Together, judicial economy and res judicata militate against the 9th Circuit directing a brand new trial to determine the validity of the Marshall will or estate plan. Accordingly, no one should be surprised when, at the end of all the proceedings, it is the original Texas trial verdict that determines the disposition of the Marshall estate. When that occurs (as it almost certainly will), Marshall's money will go to his son — not to Smith's estate, her child Dannielynn, or Dannielynn’s father (whoever that may be).

At this point, of course, the tragic center of this saga is not Smith, but Dannielynn. One fears, at worst, that this child may be being used as leverage to support the ongoing claims of Smith's lawyers and a number of hangers-on who seek to get rich quick.

A separate trial in the Bahamas is going forward to determine who Dannielynn's biological father is. Once that is answered, will the biological father continue his efforts to secure custody after all the legal claims on the Marshall estate are extinguished?

I predict that once those claims are finally exhausted, even King Solomon himself might not have the wisdom to find a father for this baby.