Fred Thompson's Revelation: Cancer Is Not a Death Sentence 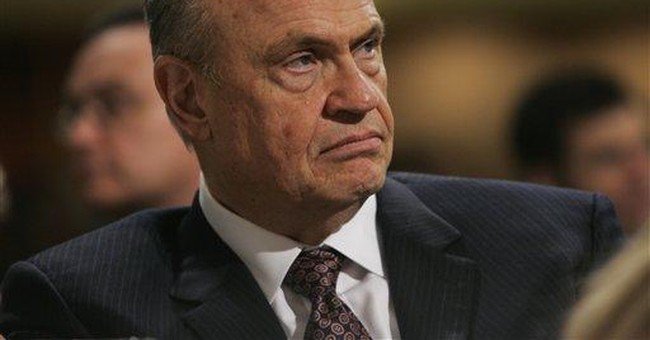 Former Senator Fred Thompson's recent disclosure that he has a form of cancer called lymphoma has people wondering if he should still run for president. The answer is yes for at least three reasons: 1) His cancer is non aggressive and has been in remission for over two years; 2) He could be the next leader we need for this country; and 3) Cancer is not a death sentence.

Several high profile personalities have highlighted the media's misperceptions of cancer, and as a result, the public's misperceptions of cancer and those who are fighting the disease. It's like a twelve round fight where some people die of natural causes before cancer kills them. Some people have cancer knocked to the mat in remission, daring it to get back up. And still others are able to defeat cancer in an early round and then dare it to show up again.

When I was diagnosed with cancer in March 2006, like most people I got on a fast-track learning curve. Until it happens to you or a close family member, you are not aware of the medical advances that have been made in recent years to treat the various forms of cancer, or current success rates. In fact, cancer deaths decreased 8 percent between 2000 and 2004, continuing a trend that began in 1990.

I was blessed with an everyday garden variety of cancer, as one of my doctors described it, which had spread from my colon to my liver. In my case, 60 percent of the people are long-term survivors and go the distance before something else catches up with them. Thirty percent of those diagnosed early enough win an early round knockout and go back to being cancer free. By the grace of God, I’m cancer-free again!

You don't stop living your life because you become a cancer fighter, as Tony Snow, Elizabeth Edwards and many others have shown. You live and fight, just as many people from all walks of life fight other life-threatening diseases every day. You learn that faith is stronger than fear, and that purpose energizes your outlook.

Two of our greatest presidents, Abraham Lincoln and John F. Kennedy, were assassinated while in office. Both men distinguished themselves by bringing this nation together at two of our most critical times, and their impact will last indefinitely.

The cancers that voters should be most concerned about are not the ones that invade our bodies, but the ones that have invaded our nation. Political divisiveness and disingenuous politicians are unnecessarily dividing us. Political agendas are being pursued above national security and our government's fiscal health. At the same time, we are fighting a global war against Islamic fascists that is unlike any other war in our history.

If advances in our political leadership had kept pace with medical advances in the treatment of cancer, we would not be faced with so many unsolved problems that continue to threaten our economic and social well-being. Maybe it will take a president who has endured the fight with cancer to have the courage and fortitude to truly lead this nation against the cancers that threaten our long-term survival.

Until we have that energized and inspired leader in the White House, fiscal and social cancers could become this nation's death sentence.