It’s Not About Health Care 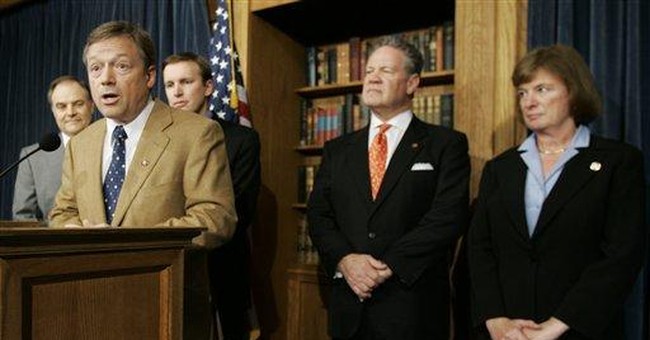 The caretakers of our three constitutional branches, plus their respective bureaucracies, go to great trouble to convince voters that this time they have stumbled upon the perfect government-mandated solutions for all our maladies. If a majority of us non-elites in the far flung hinterlands would just trust them this time, then wow, life in these United States would be nothing but a cornucopia of bliss.

Of course, over 200 years of American history has shown us that our elected, appointed and career government employees are not motivated by the goal of solving problems. If they were, they wouldn’t so cavalierly pass laws that create new problems or aggravate existing conditions.

It’s not like the rest of us Americans haven’t figured out that the free market, unencumbered by the mandates and regulations of government, provides the best avenue to individual prosperity and the best avenue to affordable and accessible health care for everyone.

But the government’s game is not really about health care, or encouraging every American to achieve and pay for his own retirement, or ensuring low energy costs in our blessed land of abundance. Power and control over the citizenry is government’s mantra.

The politicians’ goal is to promise voters whatever they want in exchange for votes: immediate withdrawal from Iraq, free health care, retirement supplements, welfare for poor women and children, pork barrel projects, citizenship for illegal aliens and thousands of special credits written into the tax code.

For example, President Bush’s latest budget proposes to spend $2.9 trillion to fund government next year, an increase of over 52 percent since his 2001 budget. Yet the New York Times says it contains “shortsighted and cruel” program cuts. The president wants to give the liberals their illegal alien amnesty plan, and they criticize him for protecting our security in the Middle East. He signed into law the largest entitlement in American history – the Medicare prescription drug program – and they call it a giveaway to the drug companies. He increases accountability and federal oversight of the disastrous public education system and they say he doesn’t spend enough.

When spending alone isn’t enough to purchase votes and secure power, the left manufactures crises that don’t exist, like global warming and a supposed inability for most people to purchase prescription medications.

In a January Washington Post column, authors Ted Balaker and Sam Staley wrote that Tom Wigley, chief scientist at the U.S. Center for Atmospheric Research, has calculated that if every nation subject to the Kyoto Treaty reduced its mandated greenhouse gases, the Earth would cool by just 0.07 degrees centigrade by 2050. The issue of man-made global warming is nothing more than an excuse to create new taxes and mandates on U.S. citizens and businesses. Liberals have to claim that man caused global warming, because only man can be taxed. They would probably send God a tax bill if they could, but many on the left don’t know where to find Him.

U.S. Comptroller General David Walker, appearing earlier this month on “60 Minutes”, said: “The prescription drug bill is probably the most fiscally irresponsible piece of legislation since the 1960s.”

He explained that the government would have to invest $8 trillion today at treasury rates to pay the program’s cost over the next 75 years. As if that cost wasn’t high enough, presidential contenders Sen. Hillary Clinton (D-NY), Sen. Barack Obama (D-IL) and John Edwards want to expand government’s role in our health care decisions by mandating universal care for every American, paid for by businesses and individual taxpayers. And to add insult to fiscal irresponsibility, they have no idea what it would cost.

But again from the history of Social Security, Medicare, Medicaid and the Prescription Drug Program, we know that universal health care would eventually be dysfunctional without ever knowing the out-of-control costs. But! They really don’t care if it bankrupts the U.S. economy, because it’s not about health care.

A look at the presidential candidates’ websites, from both parties, shows that few candidates are interested in cutting the size and scope of federal government. For most, their issues are a laundry list of new spending and entitlements. Sen. Clinton’s website does not even have an issues section. That’s because her so-called solutions for every issue are the same – raise taxes, raise spending and consolidate power over America in the hands of a few political elites. No matter the issue, liberal Republicans and Democrats will advocate an increase in taxes, spending and government control. That is their goal, not healthy and educated kids, clean air and cheap medicine.

Conservatives cannot compete for the hearts and minds of voters when they play on the liberals’ turf by the liberals’ rules. You simply cannot outspend or out-liberal a liberal. Fighting liberalism while playing by their rules is like challenging Superman to a bullet-deflecting contest and the winner gets a date with Lois Lane. You will lose, and Superman gets the girl.

Only the free market, not government, can create solutions to our biggest problems – and only if government would get out of the way, and politicians would stop promising new problems.